Back to Our Future: How the 1980s Explain the World We Live in Now Our Culture, Our Politics, Our Everything
By David Sirota
(Ballantine Books, $25) 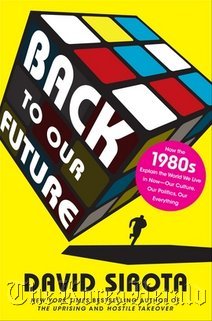 Those carefree years spent spinning the gears of Rubik’s Cubes, popping Pac-Man cartridges into Atari consoles, slipping on legwarmers or parachute pants, and checking out the latest episodes of “Family Ties,” “Diff’rent Strokes” or “Knight Rider.”

Those carefree years spent sitting idly and naively by as a cabal of ill-willed corporate leviathans and backward-looking governmental decision-makers put their stamp on a society whose seemingly innocuous, kitschy pop culture masked a me-first, militaristic outlook that is having negative ramifications in the 21st century.

It‘s an oversimplification of Sirota’s thesis, but the journalist and radio host’s book, “Back to Our Future: How the 1980s Explain the World We Live in Now — Our Culture, Our Politics, Our Everything,” is indeed about what he sees as a return to 1980s-style themes and mindset in today’s society.

Look no further, Sirota says, than the “greed is good” ethos of “Wall Street” villain Gordon Gekko playing itself out in the massive swindle by Bernie Madoff. Or, he says, witness President George W. Bush swooping down on an aircraft carrier “Top Gun”-style to proclaim victory in his dogfight against a squadron of Soviet warplanes -- er -- the Iraqi army.

“Now today, almost every major cultural touchstone is rooted in the 1980s -- whether obviously or subtly,” Sirota writes.

“Back to Our Future” is thought-provoking and worth reading -- if, that is, you’re willing to suspend a little disbelief.

Let’s say for the sake of argument that the 1980s are making a comeback. How, then, is that any different than the 1970s channeling their inner ’50s in the form of “Happy Days,” “Grease” or Richard Nixon?

American culture is cyclical, and history tends to repeat itself regardless of place. Of course, the events and attitudes of the 1980s are having an impact in 2011. The same could be said about the 1960s, 1970s or 1990s, for that matter.

Still, Sirota’s book is a fun, engaging read if not taken too seriously.

After all, the guy spends paragraphs wondering why average citizens could track down “The A-Team,” yet the U.S. Army couldn’t, and debating the merits of the Statue of Liberty-as-movable-object ending of “Ghostbusters II.”

As the noted ’80s historian Ferris Bueller once said, “Life moves pretty fast. If you don’t stop and look around once in a while, you could miss it.”

Or, in Sirota’s worldview, even if you missed the 1980s the first time around, you’ll see them now virtually everywhere you look.


The Terrible Privacy of Maxwell Sim
By Jonathan Coe
(Knopf, $27) 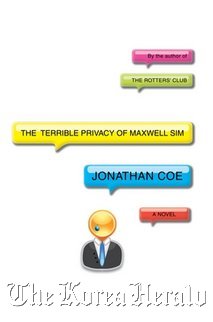 At the start of Jonathan Coe‘s “The Terrible Privacy of Maxwell Sim,” 48-year-old Max, separated from his wife and in Australia for a fruitless visit with his emotionally remote father, observes a mother and daughter genuinely enjoying each other’s company, and something clicks: He‘s never had that sort of human connection and that’s what he wants, even if he has no idea how to achieve it and is terribly, desperately, bad at it.

Eager to begin his search for meaningful human contact, Max pounces on his seatmate on a flight back to London and launches into a one-sided conversation with such gusto he doesn’t notice when the other man suffers a fatal heart attack. It isn’t an auspicious start for Max, but it is for us, as it sets the tone for what follows.

In another effort to prompt positive life changes, Max signs on with a startup to drive to the Shetland Islands and sell eco-friendly toothbrushes as part of a marketing scheme. It‘s a bizarre choice that allows him ample time for mid-life self-assessment, visiting with various people from his past, and developing an infatuation with his car’s GPS.

In one sense “Maxwell Sim” is about the ways social media enhance or hinder our connections with other people. But another issue is how much of our privacy can be compromised to have those connections.

As Max meets with old friends and acquaintances, he gains access to documents that shed light on seminal events in his history, forcing him to reevaluate who he‘s known and what he has always believed. It’s valuable information, but it‘s gained by deceptive means, either outright lies or irresistible voyeurism. More important, this new knowledge is obtained without direct human contact, which completely undermines his entire mission.

Sim’s voice is light and charming, which belies his crisis of confidence, and makes his utter lack of self-awareness not nearly as irritating as it could be. And while the story itself meanders, here pausing for a not entirely fresh take on Facebook, there coming to a full stop to detail the story of a real-life yachtsman who went mad trying to circle the globe, the overall effect is surprisingly emotionally resonant.

But the novel takes a meta turn at the end, as though the author himself felt compelled to reach out and connect with his readers. It feels like an unnecessary “Get it?” and leaves an unfortunate hollow feeling to a book that is otherwise satisfying and endearing.