Companies that clamped down on spending during the economic downturn continued to upgrade technology in the quarter. Dell’s business is more heavily weighted toward corporate customers than its competitors, so this resurgence in spending is giving it a relatively big boost. 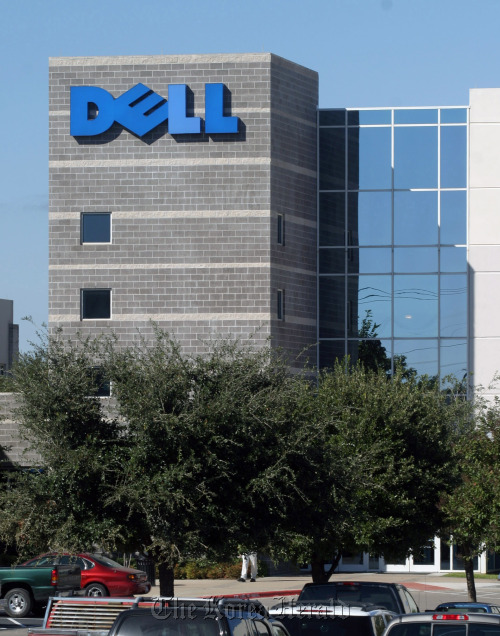 Dell’s results bring an extra month’s perspective to an earlier report from technology bellwether Intel Corp. The strong corporate spending and the weakening of the consumer PC market that Intel, the world’s largest maker of PC processors, observed in the last three months of 2010 continued through January.

Revenue from large enterprises and from small and medium-size businesses rose 12 percent each to $4.7 billion and $3.7 billion, respectively. Public-sector revenue increased 4 percent to $4 billion.

Revenue from the consumer segment fell 8 percent to $3.3 billion. A year ago, Microsoft Corp.’s updated PC operating system, Windows 7, went on sale, luring more shoppers and making for a tough comparison this year.

Dell has been working to increase the proportion of server computers, data storage devices and technology consulting services it sells, because those areas are more profitable than the basic PC business. Compared with a year ago, however, each of Dell’s product categories accounted for about the same amount of revenue in the quarter. Computers, both for consumers and for business employees, continued to make up more than half of Dell’s revenue.

Dell’s gross margin, an important measure of how efficient the business is, clocked in at 21 percent, better than the 18.6 percent analysts were expecting.

Gladden said lower costs for components helped contribute to the stronger gross margin, as did improvements in how the company sources parts and manufactures computers.

“I think they did a good job,” said Brian Marshall, an analyst for Gleacher & Co., in an interview. “My only issue is the sustainability of that improvement.”

“The issue is: Dell is yesterday’s company. And they’re $60 billion in revenue. To turn a $60 billion ship, you can’t do that overnight,” Marshall said.

For the current quarter, Dell said it expects revenue to decline slightly from the fourth-quarter level. Analysts are looking for revenue of $15.5 billion in revenue.

For the fiscal year, Dell said it expects revenue to grow 5 percent to 9 percent, or about $64.6 billion to $67.0 billion. Analysts are forecasting annual revenue of $64.2 billion.