The rise of Korean global intrapreneurship 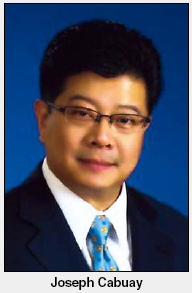 With more than a decade of past experience as a U.N. officer and senior executive for the New York City Economic Development Corporation, I consider myself a global intrapreneur through trial and error.

The advent of intrapreneurialism and its steady requirement by the state was inevitable. Due to the effects of globalization and the digital revolution, municipal challenges became even more complex and challenging. At present, governments are being asked to be more compact, more efficient, and responsive to the public they serve.

The worn-out buzz word “globalization,” meaning the interaction and amalgamation of different cultures and societies caused by inter-state commerce and a quantum leap in technology, fundamentally acts as the main driver for promoting intrapreneurial practices within government offices at large.

We must consider that globalization is a normal, evolutionary, and largely inevitable development in the course of human existence ― societies and states need to exist and excel. Without the natural mix of political, social, and technological exchange among regions and states, even those that choose to remain hermit states cannot survive in the international arena.

Moreover, the rise of real time global connectivity made possible by email, chat rooms, and online social networks, i.e., Facebook, Twitter, Cyworld (Korea), have increased public awareness and representation 10-fold. It is now very easy to absorb, learn, debate, and create ideas and concepts. It is now very easy to analyze, compare and make an informed decision on, yes, all things under the sun.

As a pragmatist, I believe that the process of globalization is a natural one, and enabling and developing intrapreneurs remains sine quo non to effectively globalizing a nation. To build global human capital, intrapreneurs will enable people to do six things: (1) communicate internationally and cross-culturally; (2) think strategically; (3) analyze and plan effectively; (4) engage innovatively; (5) design creatively, and (6) repeat steps one to five.

The government of the Republic of Korea is no stranger to the concept of intrapreneurialism. Aside from being a global standard for rapid economic development success, beginning in the mid-’90s, public mandates to create an “e-government” with an overarching goal of producing a smaller, transparent, and service-oriented government for its citizens was put in motion. Following in this momentum for innovation and globalization, the current administration is developing a “Green Economy” policy, which focuses on the merge between environmental protection and a dynamic “hub-focused” economy.

Another direct example of Korean global intrapreneurship is the Central Officials Training Institute, located in the Gwacheon Government Complex. With its cadre of global program developers and international lecturers, COTI provides world-class training and development programs for government officers at home and abroad. By virtue of its modus operandi and proven track record, COTI is regarded as a true global training center.

With the current Korean government’s focus on developing a green economy, it is all the more necessary that internationally focused training and development initiatives occur on a constant and multi-dimensional scale.

Korea’s greatest asset is its people. If Korea builds on its growing intrapreneurial know-how, no doubt there will be more good things to come for a more global and green Korea.

Joseph Cabuay is professor of international business and global affairs at Hanyang University in Seoul. ― Ed.