Premiering in Montreal in 2002, the show, a happy, acrobatic version of the Greek Myth of Icarus, has attracted over 6 million people worldwide.

The troupe has visited more than 60 cities in 12 countries in the last nine years.

Performed under the Cirque du Soleil’s signature tent ― set up in the parking lot near Nangang Exhibition Hall in Taipei ― the show has already sold more than 70 percent of available tickets.

In the original myth, Icarus melts his wings after flying too close to the sun. In “Varekai,” however, he lands inside a lush forest, instead of drowning in the sea. With the help of spirit creatures in the forest, he eventually learns to fly again.
Its title, “Varekai,” means “wherever” in the Romani language.

Mathieu Gatien, artistic director of the show, said the addition of such narrative is what makes “Varekai” so powerful and appealing.

“The main philosophy of any circus show is very simple,” he told reporters at a press meeting in Taipei. “It is to show what people generally consider impossible is actually possible on our stage. But we did not end there. We’ve added stories and theatrical elements on top of that.”

The show is phenomenal. In exquisite, colorful costumes, the performers execute breath-taking movements up in the air. There are clown acts, aerial hoop, juggling and Russian swings, all in one story of Icarus.

The scene where Icarus falls down from the sky ― where the performer hangs and falls in the air holding on to a piece of white net ― especially showcases the beauty of the human body.

Gatien thinks the show will enjoy even bigger audiences in future. 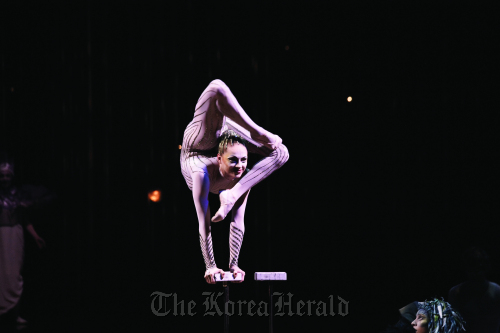 “In the current economic situation, I think people would like to escape, at least for two hours, from their daily reality,” he said. “I think our show will help them do that, like a remedy of soul.”

The “Varekai” cast consists of 56 performers of diverse cultural backgrounds, representing a total of 19 countries worldwide.

Leysan Gayazova, a 25-year-old Russian performer, has been working with the Varekai crew for two years and eight months. She is a graduate of Cirqus of Kazan, a Russian school specifically for training circus performers.

In the show, she performs Triple Trapeze, where she moves around three bars and ropes, performing a wide range of movements including balances, drops, and hangs in her exquisite spider costume.

“In the act, I am one of the four spider goddesses,” Gayazova said. “We four goddesses encourage Icarus to fly again.” 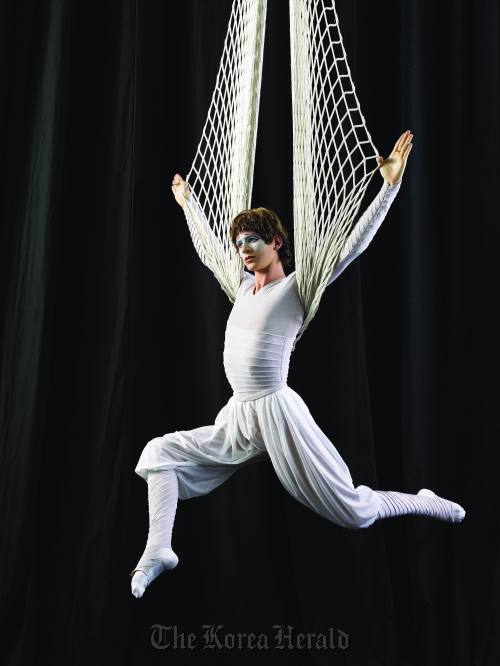 Stella Umeh, who also plays one of the four goddesses, had practiced artistic gymnastics before joining Cirque du Soleil.

Umeh, a 35-year-old Canadian, said Taiwanese audiences had been differed greatly from the North American ones.

“People here are so engaged!” Umeh said. “The gasping ― the wow sound ― is amazing. People would just jump off and scream here, while North Americans would simply clap when they feel like it.”

Founded in 1984 by two former street performers in Baie-Sanit-Paul in Quebec, Cirque du Soleil, meaning “Circus of the Sun,” has established itself as one of the most acclaimed contemporary circus entertainment companies in the world.

Their beginning was rather humble. The two street performers, Guy Laliberte and Daniel Gauthier, juggled and breathed fire while walking on stilts in Baie-Saint-Paul, the mecca for Quebecois painters.

The pair later organized the Baie-Saint-Paul entertainers’ festival, where the public first witnessed the beginnings of what was to become a world-class circus company.

Cirque du Soleil has been entertaining the international crowd with its unique and dramatic mix of circus arts and street entertainment ever since. Some of their famous shows include “Alegria” and “Quidam.”

The entertainment company is also famous for their unique way of traveling.

The “Varekai” crew ― about 170 of them in total, including four full-time teachers, two medical doctors and four cooks ― travels with a “village on wheels,” a huge series of tents which includes an entrance tent, an artist tent, a box office, a kitchen, a school, as well as various offices and trailers.

It takes eight days to set up the village on wheels. Its kitchen serves about 250 meals a day, six days a week.

Cirque du Soleil plans to put on two shows dedicated to Michael Jackson. The first one, “The Immortal World Tour,” will be performed in North America, Europe and Asia for three years.

The second one, which will be a resident show, will be performed in Las Vegas starting 2013.

The “Varekai” team arrives in Seoul on April 6. The show, which will be performed at the Seoul Olympic Stadium, will run until May 29.