Poetry and art are like a couple meant to be.

The two distinct genres have long complemented each other, as emphasized by the close friendships shared by famous artists and poets throughout history. In Korea, paintings accompanied with poems have been a popular type of art for a long time, and were especially so in the Joseon Dynasty.

“There is a saying in the East that poetry is a painting drawn with words and painting is a poem visualized with images. It means that the two are fundamentally the same. That is why many poets also enjoy painting and why many painters are inspired by poems. Paul Valery is one of the poets who also left some high quality artworks. Korea has a long history of illustrated poems as well,” Ko Un, Korea’s renowned poet who has been listed as a Nobel Prize candidate several times, told The Korea Herald.

“Poets and artists used to live and hang out together up until the 1950s. These days, however, they seem to be absorbed in only their realms.”

“Poem and Drawing,” which is running at Gana Art Center in Pyeongchang-dong, Seoul, showcases poems by 74 Korean poets, accompanied by more than 80 artworks by 43 artists that serve as visual aids for the words.

“Poems are figureless paintings and paintings are poetry with figure. Times have changed but we still dream of a happy encounter between poetry and painting. The two are of one body and mind, and we prepared this stage to confirm the very fact,” said the organizers.

The participating poets and artists are such big names that they could have each thrown a separate show. On the poets’ side, the list includes Ko Un, Kim Ji-ha, Kim Gwang-kyun and Kang Eun-gyo.

The organizers first selected the poems and had the artists choose what poems they wanted to pair their works with. As a result, more than one artist chose the same poem in some cases.

The Flower
By Ko Un

As I went down
I saw

Which I didn’t see
as I went up 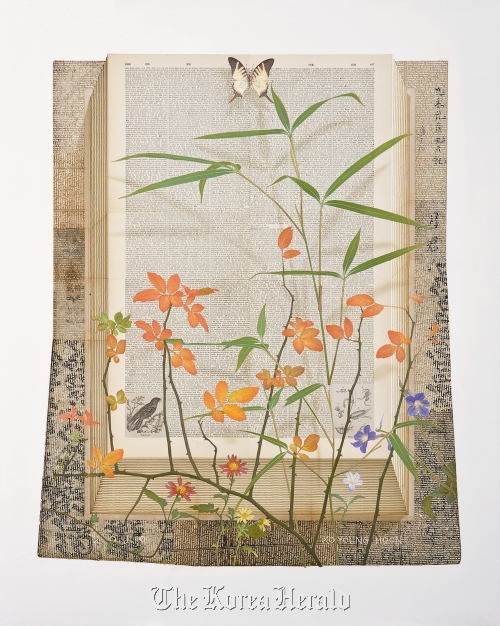 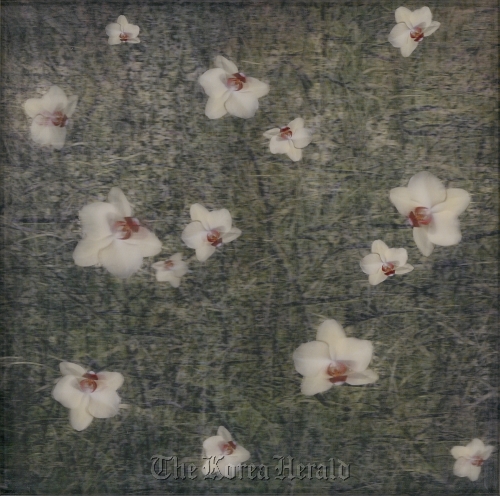 “It will be a meaningful experience to see how differently artists interpreted the same poem,” said the organizers.

The exhibition also aims to celebrate the 20th anniversary of Korea’s longest-running poetry quarterly magazine “Poetry and Poetics” and the third anniversary of The Museum of Modern Korean Poems which opened in Myeongryun-dong, Seoul, in 2008.