By
Published : Jul 4, 2010 - 10:41       Updated : Jul 4, 2010 - 10:41
A famous Korean singer, MC Mong has been the subject of a hot online debate over allegations that he dodged mandatory military service.
The controversy was stirred after it was reported that the Seoul Metropolitan Police Agency has been secretly investigating the suspicion surrounding his military exemption. 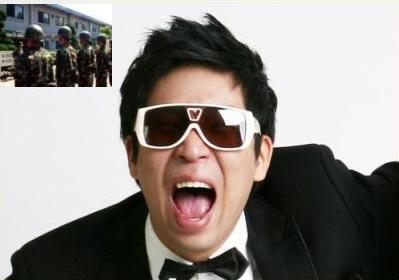 About seven years ago, MC Mong received an exemption from military service
due to dental problems. But allegations had it that he had removed 10 teeth, mostly molars, to avoid military conscription.
Under law, all able-bodied Korean men aged 20 are to serve in the military for about two years.
“We’ve been working on MC Mong’s case for six months, whether he unlawfully received military service exemption by pulling his normally-functioning teeth out,” a police official was quoted as saying. “We already interrogated the dentist who gave medical treatment to the singer.”
According to news reports, police will soon summon him to dig out the suspicion.
MC Mong’s agency, IS Entertainment Media Group, denied the allegation, vowing to prepare a lawsuit against a local broadcaster which first reported the suspicion.
“Through further investigations, we would clear all doubts surrounding him over military exemption,” the agency said.

Korean actress Jang Na-ra will start a new career as university professor in China from September.
Jang, 29, was appointed a professor teaching students at the Department of Theater and Film in Beijing Huajia University in a ceremony on June 30.
Due to her popularity in China as a “Hallyu” star, more than 100 local reporters attended the ceremony to cover the event.
“Acting is a study of developing one’s own, unique talent. As acting style differs from age to age, young professors are needed in universities. However, I can’t do anything with Chinese lines,” Jang said with a big smile.
She also went on to say that “I personally believe Korean-style education has strong points in the acting area, probably the best in Asia.”
“In my lecture, I will attempt to give lessons on how Hallyu could be a mega-hit across Southeast Asia. Plus, I will work on enhanced and wider recognition of Korean-style education in China.” 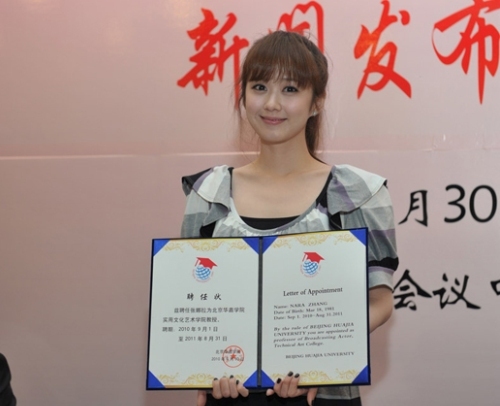 Jang made her debut in 2001 as a singer with a title song “First Story” in Korea. Then, she flew to China, achieving huge success not only as a singer but also an actress. Jang starred in a Chinese soap opera with well-known Chinese actor Alec Su. “Bratty Princess” brought her both fame and success as an actress in China.
By Christy Jin (hellohappydoggy@hotmail.com)
Intern reporter