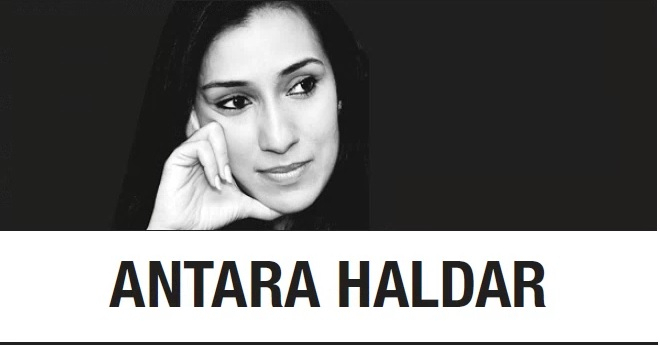 Financially, Musk’s acquisition of Twitter was an odd move. Despite its user base of some 200 million -- including politicians, journalists and celebrities -- Twitter has not turned a profit in eight of the last 10 years. And not only did Musk sink a substantial chunk of his personal wealth into the purchase; he also borrowed $13 billion from a consortium of lenders -- loans that will cost $9 billion in interest payments over the next seven to eight years.

According to Musk, money was never the point. He is seeking to “help humanity,” by investing in a public good: the world’s digital town square. In fact, Musk has now gained considerable influence over that square. By taking Twitter private, its CEO -- or Chief Twit, as Musk has called himself -- has ensured that he can do as he pleases, with no shareholders to whom he must answer.

Musk’s brand is crisis. But Twitter’s financial woes -- particularly the specter of its possible bankruptcy -- give him the pretext he needs to behave as harshly and erratically as he pleases, a tactic that he previously used at two of his other companies, Tesla and SpaceX.

Musk is to business what Donald Trump is to politics. His performance-art leadership entails sleeping at the office, bringing his 2-year-old son to a tense board meeting, and walking into company headquarters carrying a sink. These bull-in-a-china-shop eccentricities appear to be designed to distract from more egregious acts, such as reinstating a slew of banned accounts (including Trump’s) and laying off roughly half of Twitter’s workforce. New owners often fire their detractors; unlike Musk, few brag about it.

Musk’s antics have sparked a debate about organizational best practices. His cult following of Musketeers, Muskrats, and Muskies -- who hail him as a visionary genius -- seem convinced that tough leadership can be essential to revive a wilting company. His critics lament the return of “bad boss” culture after decades of progress.

Economic theory seems to back the latter camp. In "Exit, Voice, and Loyalty," his classic study of institutional decline, political economist Albert O. Hirschman proposed that rising dissatisfaction within an organization confronts agents with a choice: exercise their power by leaving, or by remaining and trying to tackle the sources of decline. Which option an employee chooses depends significantly on loyalty.

At Musk’s Twitter, loyalty appears to be in short supply, with workers, users and advertisers flocking to the exits. After Musk issued an ultimatum to Twitter’s remaining staff -- commit to be “extremely hard core” and work “long hours at high intensity” or take three months of severance pay -- 1,200 employees left, with many now being actively pursued by other tech companies.

Twitter has been losing its most active users, or “heavy tweeters,” for a while now. But this trend has now gone into overdrive, with an estimated 1.3 million users -- including many whose careers have benefited significantly from the platform -- fleeing within a week of Musk’s takeover.

Advertising revenue -- the source of 90 percent of Twitter’s revenue -- has been declining steeply as well, driven by fears that Musk’s laissez-faire approach to content moderation poses a risk to firms’ reputations. Already, civil-rights groups have called for a global advertising boycott, and major advertisers -- including the Carlsberg Group, Balenciaga, Chipotle Mexican Grill, General Mills, General Motors, Macy’s, REI, United Airlines and the Volkswagen Group -- have pulled back from the platform. The Omnicom Media Group -- which represents companies like PepsiCo. and McDonald’s -- has advised clients to pause their Twitter advertising.

As the philosopher Michael Sandel has argued, there are some things that should not be for sale. Free speech is one of them. Whatever premium Musk paid for Twitter, his obsession with maximizing efficiency and wealth blinds him to Twitter’s fundamental achievement: a genuine global conversation, warts and all. Musk fails to see that it’s the people, not the pavement, that make the town square, and that his “free-speech absolutism” is replacing townspeople with tourists and trolls.

Engineers familiar with the situation have warned that Twitter may be too short-staffed to continue operating the platform effectively; already, cracks are beginning to appear, such as a return to manual retweets, “ghostly” follower counts, and errors loading replies. The writer Stephen King has joked that the Trump-supporting brand MyPillow will soon be the platform’s only advertiser. And media speculate that a mass exodus of liberal and leftist users could turn Twitter into another failed far-right forum like Parler or Trump’s own Truth Social.

Even if he manages to make the platform profitable, Musk seems determined to send the conversational commons to the gallows. To answer Musk’s question, yes, Twitter may be dying. And he is writing its epitaph.

Antara Haldar is an associate professor of empirical legal studies at the University of Cambridge. -- Ed.