Test your knowledge of Korea with our weekly quiz on language, culture, history or anything K-related. -- Ed. 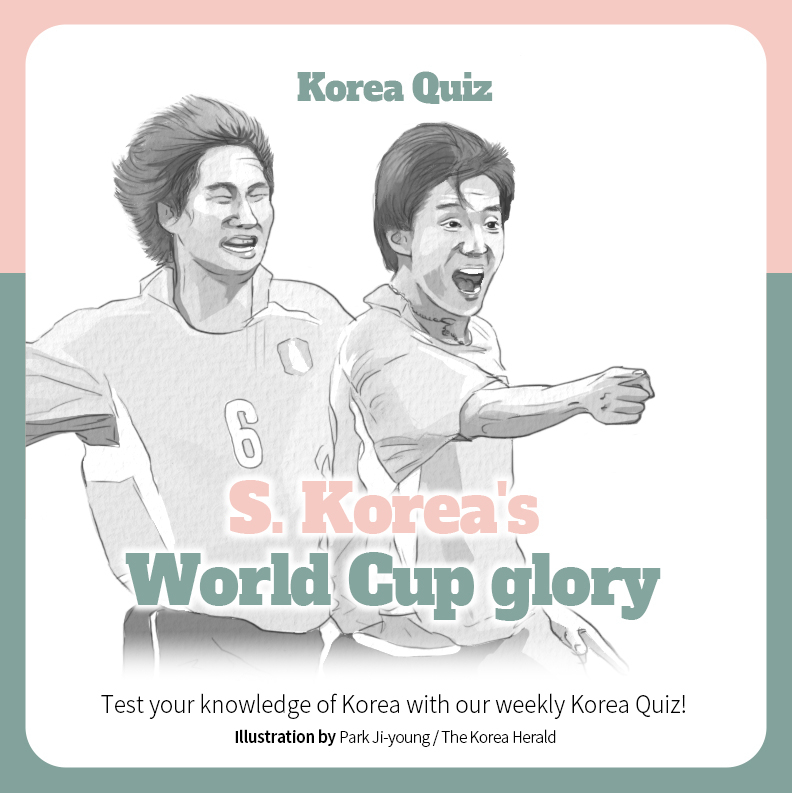 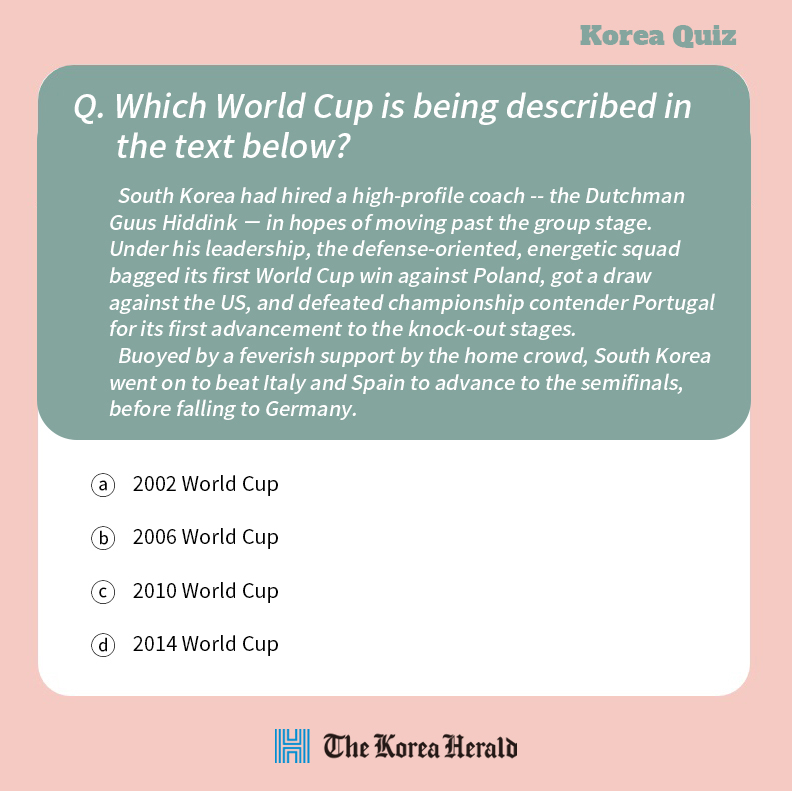 For many South Koreans, the 2002 World Cup was unforgettable.

It was the first and only tournament Korea hosted, along with co-host Japan, and it was where the country produced many firsts in its World Cup history -- the first win, the first advance to the knockout stages, and the improbable run to the semifinals.

Before 2002, although it had not missed the World Cup stages since 1986, South Korea had never managed to win a single game.

Aiming to move past the group round, the team had hired a high-profile coach for the first time -- Guus Hiddink of the Netherlands.

The squad not only moved on to the knockout round, but defeated powerhouses Italy and Spain to move to the semifinals, finishing fourth overall.

As the national team pulled off one surprise after another, the entire nation rejoiced in unison, with fans pouring onto streets for massive outdoor cheering events.

Koreans' success resulted in a boost in soccer's popularity in Korea and eventually sparked interest from big clubs in Korean players. This included Park Ji-sung signing with PSV Eindhoven and then becoming the first Korean to play in the English Premier League after joining Manchester United in 2005.