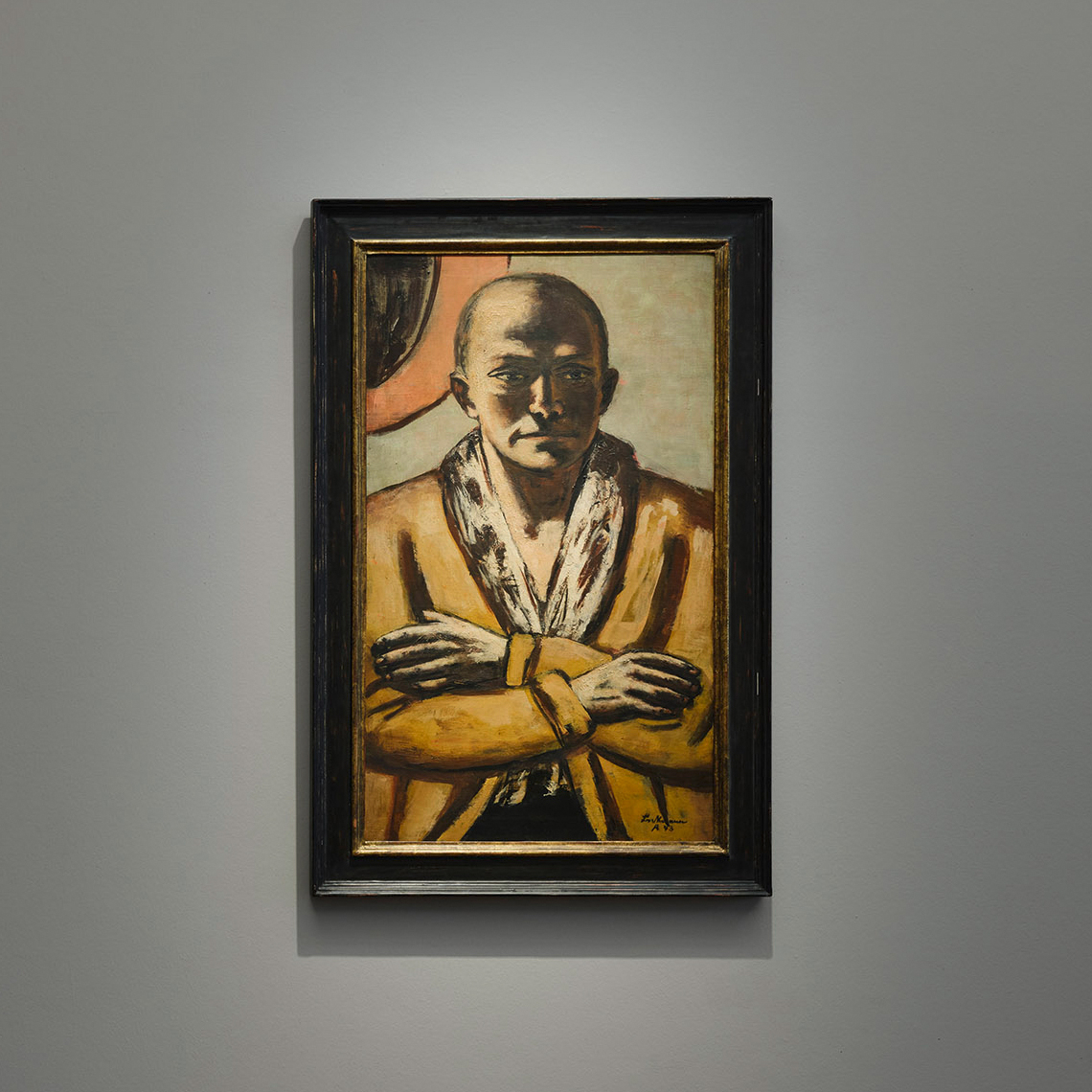 One of the few self-portraits by German painter Max Beckmann (1884-1950) will be auctioned by the German auction house Grisebach in Berlin on Dec. 1. The artist, who lived through the two world wars, is known as one of the most influential artists of the time.

“Selbstbildnis gelb-rosa” is a self-portrait painted in 1943 and has been privately owned since its creation. Beckmann took refuge in Holland during World War II to flee Nazi Germany and the self-portrait was painted during this period of exile. It is known that the artist gifted the painting to his wife, Quappi.

“For a work of such importance to come onto the art market is a major event, not to mention a once-in-a-lifetime opportunity for collectors and museums all over the world,” said Bernd Schultz, a senior partner at Grisebach, in a press statement.

Past auctions of works by Max Beckmann at Grisebach have fetched top prices, such as “Agypterin” which sold for 5.5 million euros ($5.64 million) in 2018. This remains the highest winning bid ever obtained at an auction for a painting in Germany, according to the auction house.

In the painting “Selbstbildnis gelb-rosa,” Beckmann's arms are crossed and his face wears a subtle smile. It is as if the painting demonstrates the inner state of the artist during these perilous times. The artist may seem like a Buddhist monk in some ways. Here, Beckmann eschews his usual somber hues and paints himself in surprisingly bright colors.

The painting “Selbstbildnis gelb-rosa” will be shown in Berlin at Grisebach from Nov. 23 to 30 and will go on the block at 6 p.m. on Dec. 1 as the highlight of the winter auctions.