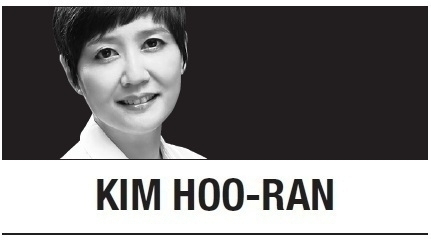 The concert hall remained eerily quiet as the conductor took his place at the podium. Then, all at once, the solemn sound of “Nimrod” from Elgar’s “Enigma Variations” filled the air.

The evocative melody proved cathartic for the audience that had gathered less than a week after a crowd surge in Itaewon left 157 people dead. I saw people silently sobbing, wiping away tears. When the music ended, a minute of silence was observed in tribute to the victims of the country’s largest disaster since the tragic Sewol ferry sinking on April 16, 2014 which claimed the lives of more than 300 people, most of them high school students on a field trip to Jeju Island.

The music and the silent moment gave me the much needed chance to take pause and properly mourn the lives that were lost and pray for the bereaved families.

I had been by turns sad, upset and discouraged in the days that followed the Itaewon tragedy. Nothing seemed to have changed in the intervening years. Both disasters were human-made, both showed a complete lack of competence among those entrusted with public safety and both were followed, infuriatingly, by political bickering and a blame game.

Both disasters tragically snuffed out the lives of young people who should not have had to fear for their lives in getting on a ferry, walking in an alley. How could they have known that their ferry would sink and that they would be left to drown. How could they have known that they would die in a crowd crush in a narrow alleyway, gasping for air, despite their desperate calls for help.

The period of national mourning is now over. But the tragedy and its victims should not be forgotten, erased from our collective memories. The events that unfolded Oct. 29 should be thoroughly reviewed, not for political gains, but to make sure that the same mistakes are not made over and over again. If the lessons of the Sewol ferry disaster were not able to prevent the Itaewon disaster, redoubled efforts must be made so that, by God, such senseless loss of lives is never again repeated.

President Yoon Suk-yeol, accompanied by various company, visited the public memorial altars set up for the victims every day, laying a stalk of white chrysanthemum on the altar table and bowing his head.

It was only after a few days of watching those images in the evening news that I realized what it was that had seemed awkward about the altars, why viewing the photos of Yoon at the altars had felt strangely uncomfortable, as if something was not quite right: There were no photos of the deceased and tablets bearing the names of the deceased, as is the custom. In their stead was a single lone tablet on which was written “those who died in the Itaewon accident.”

This was the case at the public altars set up by local governments, until a few days ago.

Mother of a deceased called the authorities in Gyeonggi Province Sunday, asking if a tablet bearing her daughter’s name and her photograph could be placed at the altar. She explained that in the grief and confusion that followed her daughter’s sudden death, the thought to do so had not occurred to her. As circumstances had allowed the family only a one-day wake, their acquaintances had not been able to visit and she would like a way for people to be able to pay last their last respects to her 25-year-old daughter, she said.

On Wednesday, a photograph of another 25-year-old victim of the Itaewon tragedy and a tablet with her name were placed at the same altar. The father had called the authorities, saying that he would like his daughter, who saved his life by donating her bone marrow for a transplant, to receive proper respects.

The 157 victims of Itaewon tragedy have names, families, loved ones. Lumping them together as “those who died in Itaewon accident” without a face robs them of their dignity and robs the deceased and their bereaved families, as well as the nation, of a chance to properly remember the lives that were cut short.

The victims did nothing wrong by going to that alley. It is the authorities charged with public safety that did not take preemptive measures to manage crowds, which by their own admission they had expected, that failed them, failed the entire country. The wrongdoings and incompetence of the authorities should not stand in the way of properly remembering the victims.

Kim Hoo-ran is the culture desk editor at The Korea Herald.