A derelict spiral ramp, which was once connected to a rooftop parking garage of the former Seoul Station building, has been adorned with fluorescent installations.

At the hollow center of the circular ramp stands a large, blue structure that resembles a rotating galaxy.

Dubbed “Docking Seoul,” the once-abandoned structure in the center of the capital has been turned into a unique cultural space with immersive art experiences.

The ramp has been disused since 2004, when the new Seoul Station building built to accommodate KTX bullet trains opened.

It was only last year that the Seoul government set out to give a new life to the abandoned structure.

For the renovation project, the city partnered with local artists and private construction companies, including Hanwha Engineering & Construction.

As visitors walk up or down the spiral ramp, they are led into five different sections which have a total of seven eye-catching installations.

The first two sections near the entrance exhibit two round-shaped digital installations named “Moving Daily Life” on the wall. Created by artist Yang Jeong-wok, the displays that look like spaceship windows show images of certain spaces, like the inside of a building or a factory, which change or move when viewed from different angles.

What first grabs the attention of visitors in the third section located on the bottom floor is a 5.2 meter-long blue vortex created by local artist Chung So-young. Named “Deep Surface,” its spiral shape describes stellar rotation at birth, and large rings above it conjure up the image of a halo.

The walk up to the top floor is lined by a glowing metal artwork dubbed “Net of Life,” built by Kim Ju-hyeon, another artist who participated in the renovation project. Multiple iron pipes are stacked together with yellow light being shown on them. The artwork reflects the interconnection between individuals and society that are intertwined in a huge net, the artist explains. 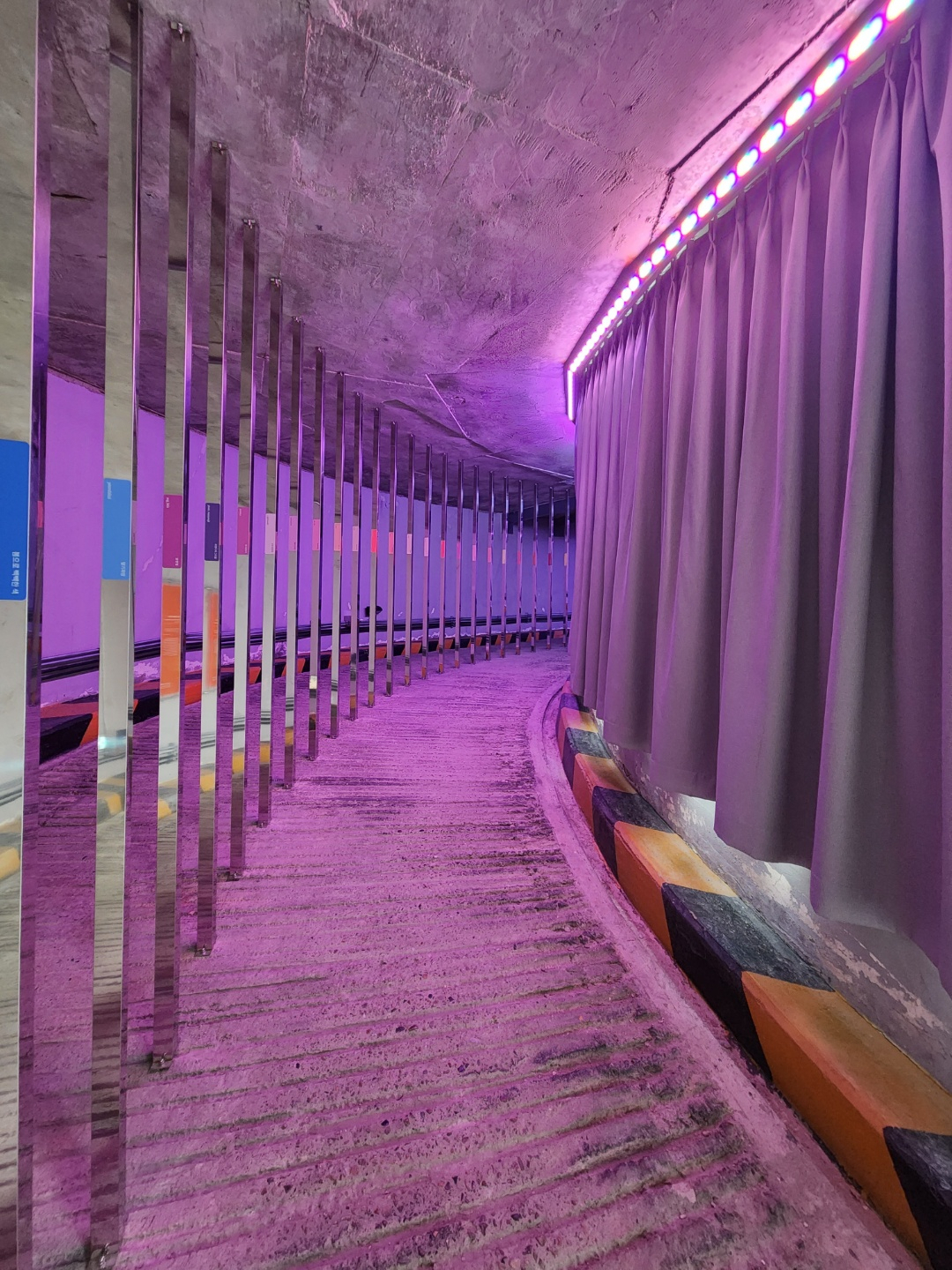 “Docking Seoul” opened to public on Oct. 18. It was named as such, with the reference to its old function of connecting traffic to Seoul Station, which serves as a gateway to the capital for people living across the country and vice versa.

“The building’s industrial interior design is well preserved from the old days, but with the addition of modern artworks and lighting. It creates a unique atmosphere,” said Cho Eun-ji, a 32-year-old office worker who visited the place on a recent Wednesday.

Visitors can find the entrance to Docking Seoul at the end of Seoullo 7017, an overpass-turned-sky garden. The ramp is also situated within a few minutes’ walk of the fourth floor of Lotte Mart's outdoor parking lot. It is open from Tuesday through Sunday, 11 a.m. and 8 p.m. Admission is free.