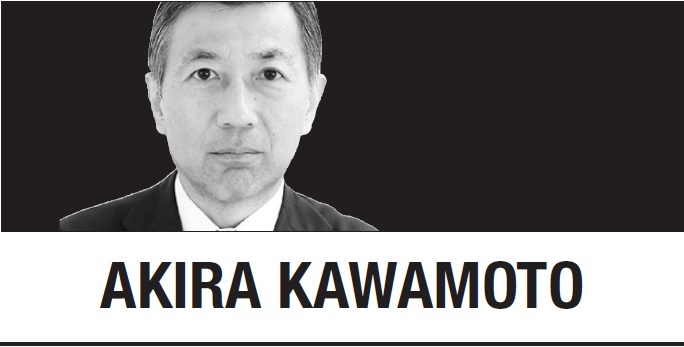 No one could have foreseen that Japanese Prime Minister Fumio Kishida’s popularity would nosedive so soon after the Liberal Democratic Party triumphed in July’s election to the Upper House of the Japanese Diet. Until recently, Kishida’s government received consistently high approval ratings. But the LDP’s links to a controversial religious group, along with the costly state funeral of former Prime Minister Abe Shinzō, have shaken Kishida’s political base, endangering the country’s fragile economic recovery.

The two main causes of Kishida’s declining approval ratings are interrelated. After Abe was assassinated during a campaign event in Nara in July, news outlets reported that his killer had a personal vendetta against the Unification Church, the religious movement whose extensive connections to LDP lawmakers are now at the center of a major political scandal. The LDP’s ties to the Unification Church and the controversy surrounding Abe’s state funeral have caused many to lose faith in the government.

Kishida’s unpopularity comes at a time when public trust is needed to fight inflation. That is bad news for Japan’s economy, which has recovered from the COVID-19 pandemic more slowly than most developed economies. Japan’s GDP returned to pre-pandemic levels in the first half of 2022, one year later than the United States. And while the country’s consumer price index increased by more than 2 percent for five consecutive months -- a steep rise by Japanese standards -- aggregate demand remains too weak to allow the Bank of Japan to reverse the ultra-loose monetary policy it has maintained since Abe launched his economic program (dubbed “Abenomics”) in 2013.

As the US Federal Reserve and the European Central Bank hike interest rates to tame inflation, monetary-policy divergence has caused the yen to depreciate rapidly. Given the ongoing economic slowdown in the US and China -- Japan’s two major trading partners -- Japan must devise macroeconomic policies aimed at boosting demand. Japanese policymakers should also press employers to raise wages in line with inflation, as Kishida has done several times, especially in the elderly care, childcare, and education industries, where the public sector’s presence is predominant.

The core problem lies in Japan’s peculiar and conservative inflation expectations, the formation of which prevents the inflation rate from rising. To mitigate this, policymakers should build a strategy to change the public’s mindset, for example, by generating positive narratives about the economy under reasonable inflation. Slow wage increases and near-deflation have sustained decades of economic stagnation. Now is the time to change course.

Given that Abe-era structural reforms -- the “third arrow” of Abenomics -- have failed to boost economic growth, Japanese policymakers must implement more effective pro-growth policies. To this end, they should establish a credible government mechanism to sustain reform momentum, as a prominent business group suggested in August, and to mandate continuous improvement of enacted policies, based on monitoring of their impact.

Steering the Japanese economy through the current global turmoil requires wisdom and courage. Unfortunately, both are in short supply. After his election last year, Kishida was expected to collaborate with Abe, the leader of the LDP’s largest faction, on his economic agenda. But Abe’s sudden death has created a crippling political vacuum. Kishida’s passive leadership style is not helping, and Japan’s bureaucracy -- which is still entrusted with the actual policymaking -- is not in a position to lead. Simply put, Japan’s leaders appear unwilling to take the bold steps the country needs.

This was not always the case. In the 1950s, national industrial policy played an important role in lifting Japan’s economy from wartime ruin to global prominence. In the 1980s and 1990s, government support helped the country to muddle through a trade war with the US. During the administrations of Abe and his successor Yoshihide Suga, the prime minister’s office imposed its will on many ministries, even intervening in their executive appointments. Overwhelmed by this exercise of power, it became the norm for several high-level officials to follow the direction of their political seniors, regardless of policy merit.

Kishida, by contrast, has given ministries greater leeway. But his administration has also exposed the bureaucracy to pressure from the LDP’s backbench politicians, who are often lobbied by vested interests. Moreover, civil servants are constantly bullied by opposition-party politicians who try to score political points by bombarding them with often trivial questions during Diet sessions.

Fed up with their managers’ excessive deference to politicians and feeling underappreciated, younger government officials are increasingly quitting public service. According to the National Personnel Authority of the Government of Japan, the number of people who left elite jobs after ten years of service increased by 43 percent between 2013 and 2020. Whereas prestigious universities once served as recruitment channels for prospective government employees, the number of University of Tokyo students who passed the entrance exam for elite public-service jobs has declined by nearly half over the past ten years.

So, what can Kishida do to regain public trust? For starters, he could dissolve the Lower House of the Japanese Diet and announce a snap election. With the opposition too weak to challenge the LDP, he could win. But that would not help him overcome the trust deficit entirely. To do that, he should take bolder steps, such as reshuffling his cabinet and appointing only people younger than 60, half of them women. He should also recruit from the private sector. Doing so would signal a clear break from the LDP’s gerontocracy, which voters associate with anemic governance and lack of transparency.

The current trust crisis also presents an opportunity for Japan’s bureaucracy. A shortage of experienced public servants has forced government agencies to look elsewhere for mid-career talent. Japan’s public sector must implement its own reforms. A more open and transparent civil service would again attract talented and ambitious young professionals -- and bolster trust in Japan’s leaders.

Akira Kawamoto, a former deputy director general in Japan’s Ministry of Economy, Trade, and Industry and a former OECD principal administrator, is a professor at Keio University. -- Ed.