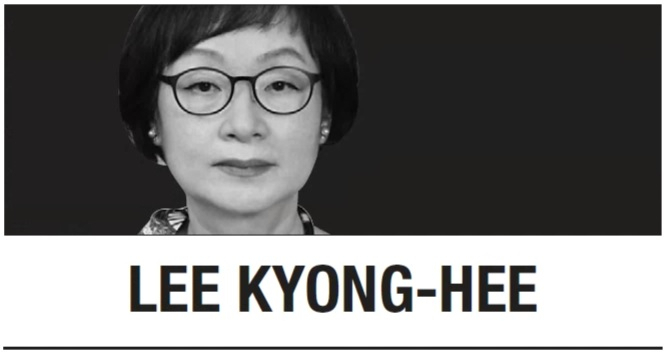 Among all the 12 first ladies we have had since the founding of the Republic, Kim Keon-hee is certainly one of a kind. A few of her predecessors raised eyebrows for occasionally inappropriate activities but none of them faced the level of rumors that shroud Kim.

Suspicion surfaced during the presidential campaign, when there were whispers of Kim’s involvement in Deutsch Motors stock price manipulation and plagiarism of her academic papers as well as illegal business activity by her mother. The irony was that her husband was a star prosecutor. He went after some of the nation’s wealthiest and most powerful, most famously putting two former presidents in prison on corruption charges. Thus, he reached the position of prosecutor general, then jumped into politics and became president himself within a year.

Given his profession it is hard to imagine President Yoon not being aware of the unsavory rumors and allegations surrounding his wife. More importantly, it remains a mystery whether he ever used his influence as an elite prosecutor to shield Kim and her mother from formal charges.

What we do know is that the stained image of the first lady casts a shadow over the president’s own public persona. It feeds a vulnerability that can diminish the crafted perceptions of his integrity and leadership.

There would have been no need for most Koreans to be concerned about the lives of this couple, whether private or public. That is until Yoon suddenly emerged on the center stage of national politics as an icon of justice and fairness. The rookie politician, with no experience in elected office, won a razor-thin victory on the opposition ticket, riding on the widespread voter demand for change of government.

During the campaign, as public opinion raged, Kim apologized for causing political controversy with allegations of falsifying her credentials for college teaching jobs. She pledged that she would “only be a dutiful wife” even if her husband became president. To quell public uproar, Yoon promised he would abolish the office of the first lady. He made good on his word, but only to cause more confusion due to Kim’s offbeat activities.

The reason for recalling the events from the campaign trail of months ago is that, aside from Yoon’s baffling amateurism as a “first-time president” as he put it, the integrity of the first couple keeps coming into question. Most obviously, a string of dubious incidents surrounding Yoon’s hurried relocation of the presidential office and residence, widely believed to have been related with Kim’s intentions, has overshadowed the new administration’s handling of state affairs, tarnishing its image and pulling down the president’s approval ratings.

From his sudden decision to move the presidential office to the Ministry of National Defense headquarters and arbitrary selection of the foreign minister’s residence as the new presidential residence, Yoon’s relocation plans flabbergasted many people due to potential security risks and snowballing costs. In addition, Yoon has abruptly instructed to turn the Blue House, the old presidential mansion, into an integrated arts complex “like the palace of Versailles” at the cost of tens of billions of won.

Yoon seemingly has no intention to listen to the opinions of experts and the public in drawing up these plans of national significance which will have long-term consequences. His inexplicable decision-making process invites suspicion that Kim holds sway over him. Some even argue that the couple seek counsel from shaman mentors. The plan to remodel the Blue House into an arts complex is widely seen as Kim’s, considering that she operated an art exhibition company until recently.

The latest imbroglio was a hastily scrapped plan to construct a new state reception house. A fortnight ago, shortly before the presidential couple left for a weeklong tour of the UK, the US and Canada, starting with attending the funeral of Queen Elizabeth II in London, it was reported that the government’s 2023 budget would include 87.8 billion won earmarked for constructing a state reception hall in Yongsan, near the presidential office.

The nation may need a facility for entertaining state guests fitting its international status, as was explained by the presidential office. But there had been no public debate about the project beforehand. During a parliamentary interpellation session, Prime Minister Han Duck-soo said he only became aware of the plan when he saw a newspaper report. He denied the plan was made at Kim’s order. As controversy raged, Yoon withdrew the plan within hours, leaving many people mystified.

The public’s suspicion stemmed from Kim’s remarks during her controversial pre-election telephone conversations with a YouTuber. She said if her husband was elected, she would relocate the state reception hall. Yoon said he regretted failing to explain the rationale of the plan but didn’t comment on why he reversed on his earlier remarks that the old state guest hall could continue to be used, even though he would not move into the Blue House.

The ongoing disputes concerning his hot mic gaffe in New York last week is another incident that puts his honesty in question. It is regrettable that his language remains better suiting a prosecutor than a president, but he is not the first head of state to be accused of verbal blunder. He could have offered a simple apology and tried to end the controversy so that he can devote more of his time and energy on more urgent economic and security issues. The US Congress and President Joe Biden, the apparent targets of Yoon’s vulgar words, do not seem to care.

Instead, Yoon effectively proclaimed war with the press and the opposition by blaming them. He said, “Damaging the alliance with reports that are different from the facts puts the people at great risk.” Then, what are the facts? He should know what he said to trigger a brawl, pushing aside imminent diplomatic issues. But he again remains silent as he has done about the rampant rumors and allegations about his wife.