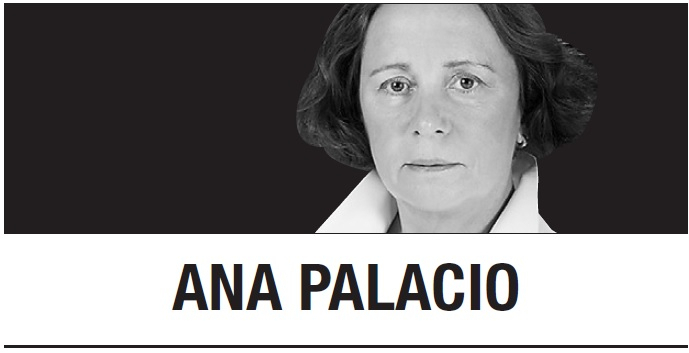 As summer turns to autumn in Europe, the stakes of the continent’s energy crisis are rising fast, with no end in sight. While the proximate cause of the current price spike is the war in Ukraine, its roots run much deeper. In fact, it was the inevitable result of European inaction and tunnel vision -- specifically, its failure to build a true energy union and its single-minded focus on implementing the European Green Deal.

Russia’s invasion of Ukraine had a unifying effect on the European Union. It also helped to revive a transatlantic relationship. Today, the EU-US relationship is the strongest it has been in six years.

On the energy front, the Nord Stream 2 gas pipeline, which was set to carry Russian gas directly to Germany, appears to be dead in the water. Even the Nord Stream 1 pipeline has been shut down, at least for now, after more than a decade in operation. The EU has set its sights on the long-unthinkable -- and possibly unfeasible -- goal of completely ending its dependence on Russian gas. The scale of that task was made apparent by European Commission President Ursula von der Leyen’s recent State of the Union address, which proposed a number of sweeping energy measures but stopped short of imposing a price cap on Russian gas imports.

An accelerated shift toward renewables is supposed to advance this goal. But the race to find alternatives to Russian gas has also brought less climate-friendly changes, including a resurgence in the use of coal. None of this has stemmed the rise in energy prices, which is contributing substantially to economic uncertainty in Europe.

Despite these challenges, a unified approach to tackling the energy crisis -- let alone creating an energy union -- is nowhere to be found. French President Emmanuel Macron’s stonewalling on the completion of the Midi-Catalonia (MidCat) pipeline, which would transport gas from Algeria through Spain to the rest of the EU, reflects the myopic perspective that continues to hamper progress.

The MidCat project has the support of Spanish Prime Minister Pedro Sanchez, Portuguese Prime Minister Antonio Costa, and German Chancellor Olaf Scholz. It even made an appearance in REPowerEU -- the road map for reducing Europe’s dependence on Russian fossil fuels -- as one of three “existing projects of common interest” the European Commission pledged to “support and encourage.”

Yet, even as he calls for “European solidarity,” Macron insists that the pipeline will “not solve the European gas problem.” Addressing the French parliament this week, French Energy Minister Agnes Pannier-Runacher echoed Macron’s sentiment, claiming that MidCat did not represent an “element of resilience in the current energy crisis.” The real reason for this opposition, however, probably lies at home.

Like the rest of Europe, France is facing rising inflation, fueled by soaring energy prices. But the pressure on France has been compounded by the loss of energy from half of its 56 nuclear reactors, which have gone offline for maintenance and investigations into corrosion issues. Those reactors previously provided roughly two-thirds of France’s electricity, and enabled France to become Europe’s largest energy exporter over the past decade.

This has left France vulnerable. According to one recent poll, only 51 percent of the French believe their president is “up to the task” of the moment. By rejecting MidCat, Macron may be attempting to protect France’s battered energy system -- and his own political position.

Ultimately, however, Macron’s arguments against the pipeline are unconvincing. For starters, he claims that the two existing gas pipelines between France and Spain are underused, having operated at 53 percent of their capacity since February. But, according to sources in the sector, those pipelines have operated at full capacity more than 20 percent of the time since March. In any case, energy infrastructure should have sufficient capacity to get us through unusually difficult times. Otherwise, shortages are inevitable.

Macron also argues that completing the MidCat pipeline would take too long to make any difference in addressing the current crisis. But that is dangerously short-term thinking. High gas prices are not going away any time soon.

Finally, Macron argues that MidCat is incompatible with the EU’s environmental goals. But the pipeline would neither lock Europe into gas nor become obsolete. Instead, it could be repurposed to transport hydrogen -- widely expected to be, in von der Leyen’s words, a “game changer” for Europe.

REPowerEU promotes investment in “hydrogen-ready infrastructure” to connect the Iberian Peninsula (recognized as a future energy hub) with the European grid and to harness the “long-term potential for renewable hydrogen.” Current science suggests this goal is more than just a pipe dream: Transporting hydrogen by pipeline is not only feasible, but in fact presents a much more efficient option.

The current crisis should serve as a wake-up call. The EU must uphold principles of its energy policy -- security of supply and affordability -- that it long took for granted as it focused exclusively on sustainability. And it must reinvigorate progress toward energy union.

Each EU member will continue to pursue the energy mix that best serves its national interests. But nothing would serve European countries’ national energy interests better than unity.

Ana Palacio, a former foreign minister of Spain and former senior vice president and general counsel of the World Bank Group, is a visiting lecturer at Georgetown University. -- Ed.