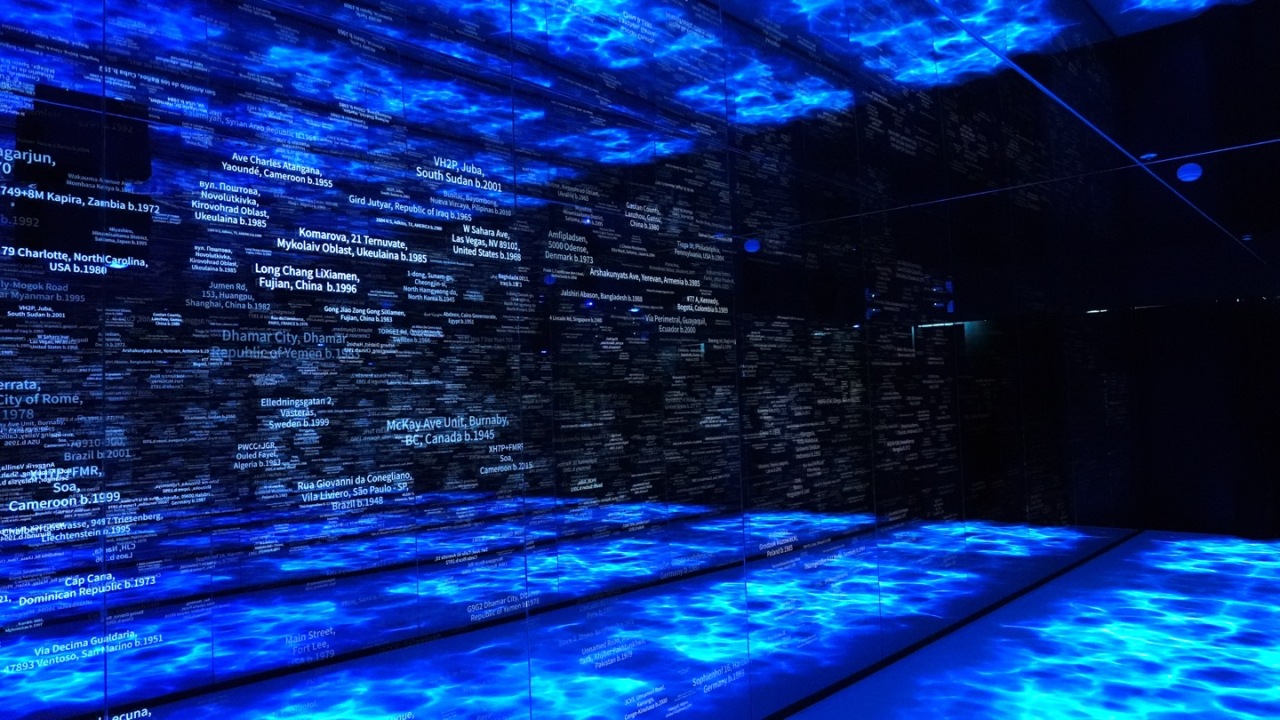 "Address Tunnel" (PODO Museum)
A museum on Jeju Island is gaining attention with its thought-provoking exhibition.

Since opening on July 5, more than 16,000 people have attended PODO Museum’s “Yet, With Love” exhibition, as of Monday.

Under the theme “Diaspora and All Minorities of the World,” the exhibition focuses on people who are pursuing new lives away from their geographical and emotional hometowns for various reasons, proposing ways to embrace inclusion and coexistence.

Kang and Jung created their nature-inspired pieces while staying on Jeju Island for the exhibition. Jung’s “Picture Bride” portrays 7,000 Korean women who immigrated to Hawaii in the early 20th century and got married to get out of poverty.

Kallat’s “Woven Chronicle” and Rondinone’s Vocabulary of Solitude sculptures are being shown for the first time in Korea. The Aquilizans visited Jeju Island with their children and installed “Address” themselves.

“’Yet, With Love’ was launched to remind us that people have many things in common before we are divided into the mainstream and minorities,” said Chloe Heeyoung Kim, the executive director of the museum. “I hope visitors can seek the true meaning of coexistence and tolerance through this exhibition.”

In addition to the exhibition areas, five “thematic spaces” have been installed to help visitors better appreciate the theme of diaspora.

“Departure Board,” for example, features 60 quotes from immigrants who were forced to leave their hometowns for many different reasons. The illuminating “Address Tunnel” flickers small letters like stars in the night sky. The text consists of the overseas addresses and birth dates of foreigners living in Korea, reminding the viewers that many who have left their homes are now living here.

The PODO Museum provides tailored audio guides to for greater accessibility, available in four languages -- Korean, English, Chinese and Japanese. There are also options for the visually impaired and children.

The audio guide is available through a QR code at the exhibition or on the PODO Museum website.