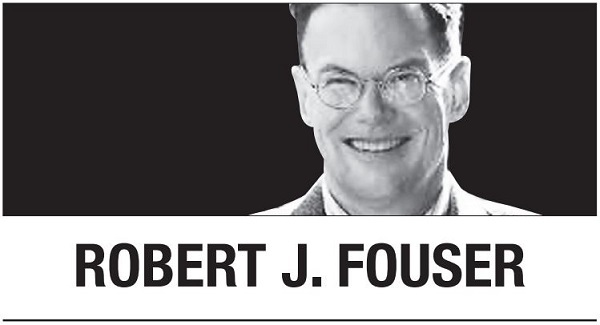 The establishment of diplomatic relations allowed for the development of deep economic ties between the two countries. In 1992, the US absorbed 24 percent of South Korean exports, followed by Japan at 15 percent; China was not in the top five. By 2021, China alone accounted for 27 percent, followed by the US at 15 percent, and Vietnam at 10 percent. Japan fell to fifth place, taking only 5 percent of exports.

Beyond exports, various forms of personal exchange also boomed. In 1992, Japan was the No. 1 source of tourists to South Korea, but by the 2010s, China had moved into the No. 1 position, far outpacing Japan. During the same time, Chinese students became the largest group of international students in South Korean universities. Deepening ties between the two countries in the 2000s stimulated a boom in learning Chinese among South Koreans, and Beijing became a popular destination for language students. Meanwhile, a boom in migration of ethnic Koreans from China saw the development of new Chinatowns, such as Daelim-dong in Seoul, in major cities. In China, Koreatowns focusing on the needs of a growing population of South Korean students and businesspeople emerged in major cities.

The boom also created tensions, which worsened toward the end of the 2010s. In the 1990s, South Korean sentiment toward China was largely positive as relations developed rapidly. Beginning in the early 2000s, as China’s economic influence began to grow, South Korea began to perceive China as aggressive. These feelings exploded in 2017 after China restricted tourism in retaliation for South Korea’s deployment of the US Terminal High Altitude Area Defense (THAAD) system. The flow of tourists resumed in 2018, but the image of China as a bully did not fade away.

Since early 2020, China’s strict COVID-19 quarantine measures have cut the nation off from the rest of world. The extended freeze in tourism and personal exchange has exacerbated the situation because South Koreans see fewer benefits from the relationship. China’s recent display of military might around Taiwan to protest US House Speaker Nancy Pelosi’s visit gives more credence to South Korean fears of China’s intentions.

Behind changing views of China are changing views of the United States. Since China’s rapid growth in the 2000s, South Koreans have correctly concluded that the two nations are not just competitors, but rivals. They know that, as long as South Korea maintains a military alliance with the US, the Korean Peninsula plays a strategic role in the rivalry.

For South Koreans with anti-American leanings, weakening the alliance with the US is viewed as a way to reduce great power conflict on the peninsula and, over time, help the cause of reunification. At times in the 1990s and 2000s, this stance has appeared to be in ascendancy, but it never became mainstream and has declined rapidly since the late-2010s.

Instead, rising tensions have caused the mainstream view supporting the alliance with the US to harden. A recent poll in the JoongAng Ilbo newspaper offers insight. In 2015, 73 percent of the respondents believed that China would overtake the US as the leading nation in world, but in 2022, 52 percent believed that the US would retain its dominant position. From 2019 to 2022, the percentage that viewed China as a threat to South Korea grew from 67 percent to 75 percent. These results suggest that the hardening of views comes from not just the perception of a Chinese threat, but also from the belief that US dominance will continue.

The poll also showed growing support for taking the US side in its rivalry with China. Between 2019 and 2022, support for that view grew from 31 percent to 41 percent, while support for a neutral position fell from 66 percent to 57 percent; only 2 percent supported taking China’s side. In recent years, negative views toward China have grown fastest among younger generations, suggesting a continued, if not accelerating, shift toward the US.