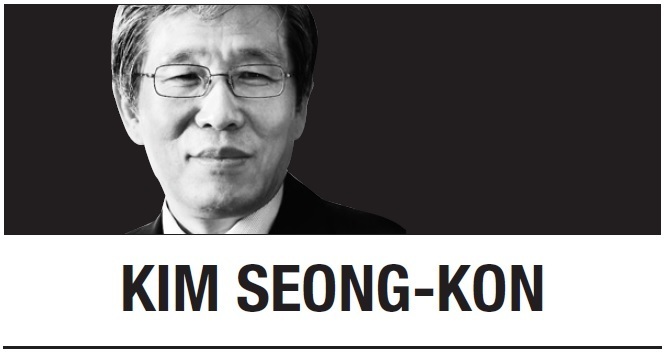 Foreigners today are well aware of South Korea’s reputation as an economically successful and culturally influential country. Most especially, many young people across the world are huge fans of K-pop or Korean films and TV dramas such as “Parasite,” “Kingdom,” or “Squid Game.” Aside from the cultural domain, Korean technology, too, is widely known to the world, thanks to Samsung, LG and Hyundai. As a result, today’s Korea has become an internationally well-known country.

Indeed, we frequently find Korean cultural icons or Korea-related events in today’s world. Over the past several years, a music video for children called “Baby Shark” has dominated YouTube with enormous popularity. Although the song had been around as a campfire song, it was a Korean educational entertainment company, Pinkfong, that made “Baby Shark” popular all over the world with its music video. In 2022, the Korean version of “Baby Shark” became the most popular YouTube video with 10 billion views. It is so popular that bakeries in America are now decorating cakes with baby shark figures on it.

Some time ago, McDonald’s made many Koreans happy by selling a “BTS special menu” that was quite popular among young Americans. The other day, my daughter’s family travelled to Vermont and had lunch at a local restaurant there. While looking in the menu, they found a familiar name -- “The K-pop.” The menu describes it as follows: “Vermont braised beef, local kimchi, and creamy Korean-style barbecue sauce in a scallion crepe.” “Local kimchi” suggests that there is at least one kimchi manufacturer in Vermont. My daughter’s family was delighted to find “The K-pop” on the menu of even a small-town restaurant in Vermont, where the Korean American population is scarce.

I, too, have often encountered pleasant surprises of finding dishes related to Korea in American restaurants. Recently, I stayed overnight at the Quechee Inn at the Marshland Farm in Vermont. The Inn has a famous restaurant not only for hotel guests, but also for locals and tourists. Looking at the menu. I was delighted to find a dish cooked with Vermont local kimchi. I ordered it with curiosity and pleasure. The dish impressed me very much with its exquisite and delicate taste.

When I visited Duke University in North Carolina some time ago, I visited a famous pasta restaurant near campus. There, I was delighted to find Korean “gochujang (red chili paste) sauce” on the menu. Back when I lived in Irvine, California, I frequented a restaurant specializing in various types of bibimbap, located at the University Center Mall. It was a popular dining place favored by UC Irvine students. While living in Washington, I also enjoyed Korean dishes available at restaurants in the area. In New York City, another place I used to live, I observed that Americans do not hesitate to wait in line to have lunch at a Korean restaurant specializing in Korean namul (a variety of edible grass or leaves or seasoned herbal dishes made of them).

Meanwhile, American films are now also favorably delineating Korea. In the 2012 remake of “Total Recall,” for example, a big electric signboard displays “Total Recall” in two languages, English and Korean. In one of the scenes of the 2017 American science fiction movie, “Blade Runner 2049,” the protagonist is standing on the rooftop of a building, when he hears an announcement in Korean with the subtitle announcing, “Korean.”

In the same movie, the protagonist walks through a street dining facility where he can press an electronic menu panel to order food. Among various dishes are young Koreans’ favorites, “tteokbokki” and “bubble tea,” written in Korean. Indeed, since the American film “Falling Down” negatively depicted Korean Americans in 1993, Korea has come a long way to “Total Recall” or “Blade Runner 2049,” which present Korea favorably.

Last week, professor Miya Xie at Dartmouth College invited me to her class, “Modern Korean Literature,” for a guest lecture. It was the first Korean literature course implemented at Dartmouth. In the class of 13 students, I found only two Korean Americans. All the others were non-Korean students who were interested in Korean studies. They were enthusiastic and eager to learn about Korea. I really enjoyed discussing Korean literature and culture with such fervent and brilliant Ivy League university students who were fond of Korea.

In the 1960s and 1970s, The Beatles fascinated young people around the world. Their concerts were always standing room only, and young people went crazy during their performances on stage. At that time, it was fashionable for college students to put up Beatles posters on the walls of their dorm rooms. Today, K-pop band BTS seems to have replaced The Beatles with its worldwide cultural impact and popularity, and it is quite common to see this “fab seven” on dorm room walls across the world.

Today’s young Koreans can be proud of their country’s cultural and technological accomplishments when they are overseas. These days, many foreigners admire South Korea for its economic prosperity, technological advancement and cultural attraction. As one foreigner on the internet put it, succinct and plain, “K is cool.”