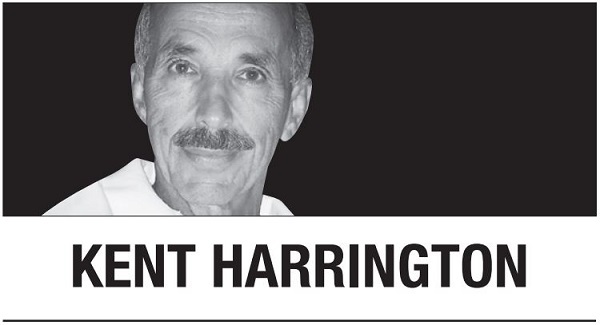 Donald Trump and his Republican Party minions have presented a dog’s breakfast of explanations, evasions, accusations, and lies about the classified documents -- including top-secret files -- that federal agents reclaimed from Trump’s Mar-a-Lago basement this month. But ultimately, Trump’s best defense, if he is criminally charged, will be blackmail.

Authorized by Attorney General Merrick Garland, the unprecedented search of a former president’s home was based on a warrant, approved by a federal judge, that cited possible violations of the Espionage Act and other statutes. For months, the US Department of Justice had attempted to work with Trump’s team to collect all the documents, only to be met with lies. The warrant’s ample legal justification suggests that Trump is at risk of being indicted for endangering national security. That would come on top of an already lengthy list of other potential criminal and civil charges that could come out of various federal, state, and local investigations that are underway.

Given Trump’s deep ignorance of international affairs and contemptuous treatment of national security agencies while in office, his attempt to stash away some of their most highly classified secrets raises obvious counterintelligence questions about his intentions. It confirms once again that Trump has nothing but disdain for the agencies’ integrity and the laws and rules that govern them. And it is a reminder that Trump would pose a direct threat to national security were he to win the presidency again in 2024.

Contrary to what Trump claims, the pilfered documents are not his property. In 1978, Congress passed the Presidential Records Act, strengthening and expanding a 1974 post-Watergate law that gave the National Archives -- not the outgoing president -- sole ownership and custody of all White House documents. Equally false is Trump’s assertion that he declassified the top-secret papers found in the 11 boxes that the FBI hauled away. He has produced no records of any such action, and it wouldn’t matter if he had: Unauthorized removal of White House documents -- classified or not -- is illegal, and ex-presidents do not have the power to declassify anything.

In 2005, Sandy Berger, Clinton’s former national security adviser, paid a $50,000 fine and lost his security clearances for three years after pleading guilty to removing secret documents from the National Archives. And in 2015, David Petraeus, another former CIA director, pleaded guilty to a misdemeanor for egregious security breaches (thus avoiding what would have been felony charges). He had to cough up $40,000 and serve two years of probation for allowing his biographer-turned-mistress to see notebooks containing secrets that would have done “exceptionally grave damage” if they had leaked.

But the Petraeus case attests to the difficulties facing federal prosecutors, and to the dangers involved in charging Trump for mishandling secret information. The Justice Department offered a plea bargain to Petraeus because it feared what would come out in open court (including clandestine agents’ names, classified operations, and sensitive ties with foreign-intelligence services). Hefty fines or not, the reduced penalties for Petraeus and Berger show the lengths to which prosecutors will go to avoid such risks.

Obviously, Trump would play the same cards to avoid a court trial or a criminal conviction. His history of erratic, reckless behavior speaks for itself. From pointlessly disclosing a sensitive counterterrorism operation to the Russian foreign minister to posting highly classified satellite images on Twitter, his presidency defined irresponsibility. President Joe Biden had no choice but to bar Trump from receiving intelligence briefings two years ago. Though no other past president has been denied this courtesy, nor has any past president posed such a clear and present danger to US interests.

How Trump planned to use the classified documents remains a question that investigators presumably have made a high priority. Depending on the answer and the resulting charges, if any, one thing is certain: Trump will play hardball, including by amplifying his claims of victimhood at the hands of the fictional Deep State, and denying any wrongdoing in purloining the documents.

Given Trump’s past behavior and ambitions for 2024, the FBI’s discoveries at Mar-a-Lago should concern all Americans and US allies. At a minimum, they further confirm Trump’s blatant disregard for US national security. For the national security and intelligence officials who dealt with Trump’s instability and authoritarian ambitions for four years, a second administration would present formidable challenges, not least as a test of their oaths to uphold the constitution and adhere to the law.