By Yoon Min-sik
Published : Aug 22, 2022 - 16:29       Updated : Aug 22, 2022 - 16:32
When Netflix‘s “Squid Game” became an international hit last year, Korean critics praised how the show’s emotional aspects helped its success among western audiences. Just a year later, the star-studded “Emergency Declaration,” one of the most anticipated films of 2022, went down in flames, obliterated by fans and critics alike, with criticism directed at its supposed tear-jerking moments.

Comparing the differing responses these two received resurfaced a decades-old question: Is “sinpa,” the overly-emotional and dramatic scenes that Korean films and dramas employ, good or bad for the quality and success of a production?


The use of sinpa is often ridiculed, but box office scores indicate that it clearly sells.

“Along with the Gods: The Two Worlds” (2017) and “Ode to My Father” (2014) were both heavily criticized for their sinpa moments, but they are the third and fourth most popular films in Korean box office history.

“Miracle in Cell No.7” (2013) was widely bashed by the critics as a cheap comedy wrapped in cliché, a forced tear-jerker with an abundance of plot holes. Yet it is the 11th most successful film ever here.

The third act of “Train to Busan” (2016) is notorious for its sinpa moments, particularly the flashback sequence, but the movie hit the 10 million ticket mark in just 19 days, notching the No.20 spot in the nation‘s all-time box-office. It was even more successful domestically than the critically-acclaimed “Parasite” by Bong Joon-ho, although the international success of the latter made it a more lucrative project overall.

Despite complaints from some movie-goers for trying too hard to force the audience to cry, movies with sinpa scenes have consistently attracted fans.

On the success of “Squid Game,” culture critic Kim Yeong-dae -- famous for his analysis of K-pop and BTS -- praised the show, calling it a classic “Korean drama.”

“I think the distinct characteristic of a Korean drama is its description (of the characters and events) in a sinpa way, rather than the ’dry‘ approach in the US or the UK,” he said in a recent interview, explaining how Korean content tends to add color through dramatic and often emotional depictions.


Cliche or classic? It depends


While sinpa has become the epitome of cliche for Korean films and dramas, the word somewhat ironically means the “new wave.” A century ago, this made sense, as the emotional and dramatic plays and novels during Japanese colonization were considered a new and fresh approach.

The modern definition of sinpa is used more critically, often referring to forced plot devices that try to elicit an emotional response from the viewer.

For example, the SBS drama “Temptation of Wife” (2008-09) abruptly changes directions at the end as the main antagonist suddenly gets cancer and becomes good. She and the protagonist reconcile, and the show ends with a series of tear-jerking moments around a character who had been nothing short of pure evil just a few episodes ago.

Such forced plot points, which serve virtually no purpose to the story other than to make the viewers cry, have been branded as sinpa moments. A sudden incurable disease for the protagonist, the antagonist, family members, or even the comic relief is a go-to way to create sinpa moments.

Critic Lee said the problem with sinpa is not that it is overly emotional but that it is excessively formulaic. He described “Train to Busan” as a “not particularly well-made, but attractive” movie, despite its sinpa moments.

“The way the movie creates a division between people and depicts the emotions of its characters is too formulaic. It makes the entire movie feel shallow,” he said in his review of the zombie flick.

“Miracle in Cell No.7,” is another example of the formulaic use of sinpa. Lee criticized the movie for abusing its characters to create the worst situation possible. “It’s like the character is being pinched over and over again. When you see them pinched, you cry as a knee-jerk reaction. Even though you are crying, you cannot help but wonder if the movie is actually moving you.”

Culture critic Kim Heon-sik, who in 2012 published a book about diversity in movies, said that sinpa itself is not a bad thing but can be a problem when it is not used properly. He pointed out that while some may say that removing sinpa will improve movies, it can also help them to appeal to the public. 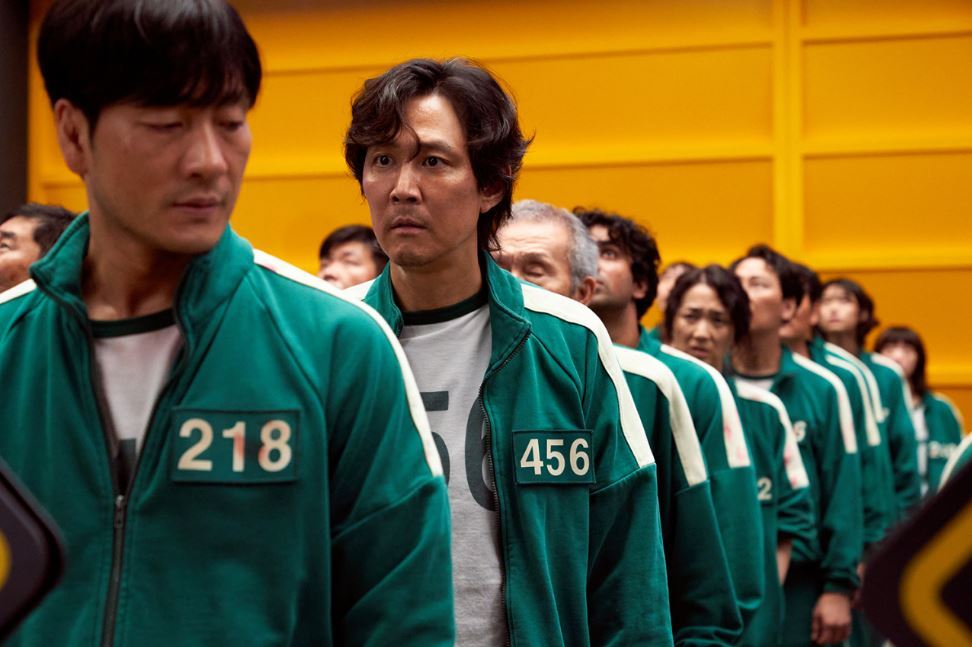 “The general public enjoys content that makes them feel and share their emotions. I wonder if it‘s appropriate to forcibly remove the flow of emotions from movies and dramas,” he wrote in his column.

Kim pointed out that recently-popular shows on Netflix usually have some form of sinpa in them.

“’Squid Game‘ moves the audience members by showing the desperation of people suffering from debt. The comradery, friendship, compassion and consideration for others are featured heavily,” he said. “Some may say the show will improve without it. But most of the viewing public ruminate on life and the world through these emotions.”

Whether sinpa makes or breaks something depends on how you use it. Well-done sinpa moments will likely result in box office success. It goes too far, though, and it may bring the whole production down.