[LZ Granderson] Time for Americans to choose country over party 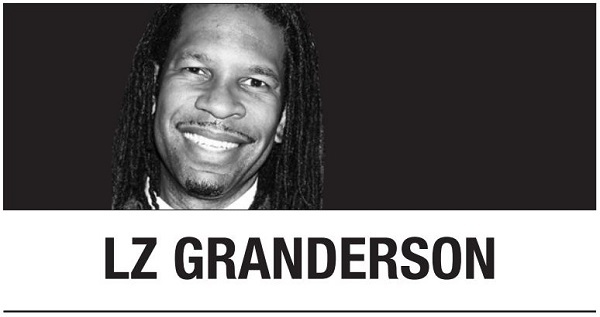 Last week the Biden administration announced what would be included in the 18th package of security aid from the US to Ukraine. Worth $1 billion, it represents “the largest single drawdown of the US arms and equipment to date,” according to Colin Kahl, the undersecretary of Defense for policy. That brings the total to $8.5 billion since Russia invaded in February, which means even as inflation in the US was hitting a 40-year high, there was enough money for war.

That’s not a specific criticism of any administration as much as it has been an American truism since the middle of the last century.

It wasn’t always like that. In 1916, President Wilson won reelection with the slogan “He kept us out of war.” But by April, Wilson felt he had no choice but to declare war on Germany. Congress approved a record $3 billion to build up the military for our role in World War I.

After the attack on Pearl Harbor in 1941, national security and the military assumed a much more prominent role in our society. So much so that we are a nation that still has children drinking from lead pipes and teachers buying their own school supplies, but we will always have enough money for military spending to protect ourselves and our interests.

In 2021, global military spending passed $2 trillion for the first time, and we accounted for $801 billion of that, the most of any nation.

That’s how serious we are about national security.

That’s how committed the US is to being the most powerful force on Earth.

Stewardship of that military ultimately lands in the lap of our commander in chief, as advised by the intelligence community and authorized by Congress. Our culture and government have put a lot of faith in that “commander in chief” idea.

During President Trump’s last year in office, the country spent more than $766 billion on the military. It is a tremendous responsibility to decide how to use that power.

Wouldn’t you want to know if the person entrusted with that power decided to keep boxes of highly classified documents at his home in Palm Beach, Florida, even after one of his lawyers signed a document saying he had returned them?

Wouldn’t you want to know why such a person might be investigated under the Espionage Act?

Given how important national security is to the country, both financially and culturally – don’t you want to know why the former president’s story keeps changing?

That’s where the Federal Bureau of Investigation comes in. It is tasked with finding answers.

The nation’s top law enforcement agency once seemed sacrosanct like the military. To be clear, I have no love for the FBI given the destructive manner in which J. Edgar Hoover weaponized the department against the civil rights movement and LGBTQ people. But I also recognize, with America’s rich history of human rights violations, that there aren’t many institutions that could pass a purity test when it comes to the “blessings of liberty” -- to quote the preamble to the US Constitution.

What’s more surprising than my ambivalence toward the FBI is how quickly “law and order” Republicans have turned against the agency. Since the raid at Mar-a-Lago, the FBI is discovering what it must have felt like to be a Capitol Police officer.

Apparently for this era of conservatism, “back the blue” applies only when it benefits the red.

Like it or not, we need law enforcement right now. Those questions about classified documents and the Espionage Act deserve answers. The FBI will provide some pieces to the puzzle. Congress may have to demand the rest.

Remember, Secretary of State Hillary Clinton answered questions about Benghazi under oath on television for us to see.

If the reports are true, and information about nuclear weapons was part of the highly classified documents retrieved from Mar-a-Lago, we the people have a lot of questions.

And Trump needs to be brought in to answer them.

That ought to be a reckoning for him and more importantly for half of the nation’s voters -- a moment of pain, but also potential. This postmortem on the disastrous Trump administration should put an end to Trumpism, before a new wave of acolytes can sweep into office this fall. Because come November, in the midterm election, we’ll be deciding what kind of nation we are going to be.

This conversation is more than “owning the libs” or getting reelected. This isn’t about shielding yourself from accusations of racism by touting the merits of being “socially liberal but fiscally conservative” to friends. “Replacement theory” rhetoric has been linked to racially motivated mass shootings. A former president cried wolf and his followers came, many with very bad intentions. The days of harmless political theater are long behind ... if such days ever existed.

After the fiasco of the Trump years, if there was ever a time to choose country over party, now would be that time. This nation has grown to be large and powerful. We are a bit clumsy at times and outright colonizers at others. But I do believe more Americans believe in a “more perfect Union” than wish to tear democracy apart just to receive favor from a former reality TV host.

That’s both a criticism and a truism.