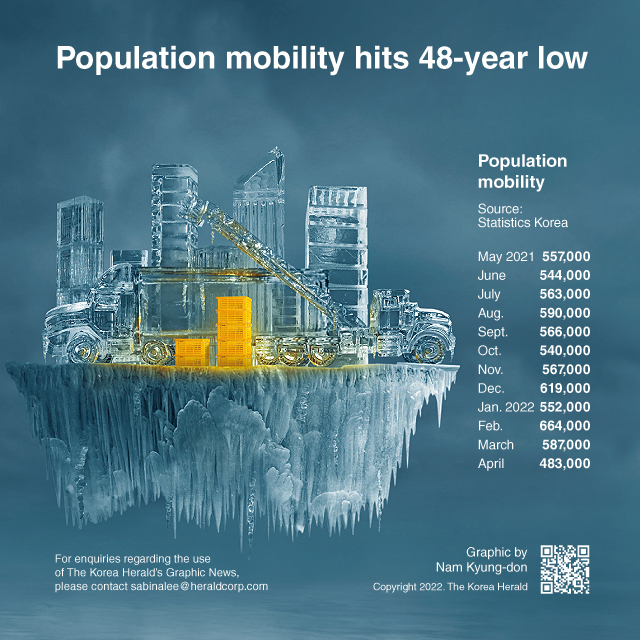 The number of South Koreans who moved to different residences in the country sank to a 48-year low in April due to an aging population and fewer housing transactions, data showed.

The number of people who changed their residences came to 483,000 last month, down 18.7 percent from a year earlier, according to the data compiled by Statistics Korea.