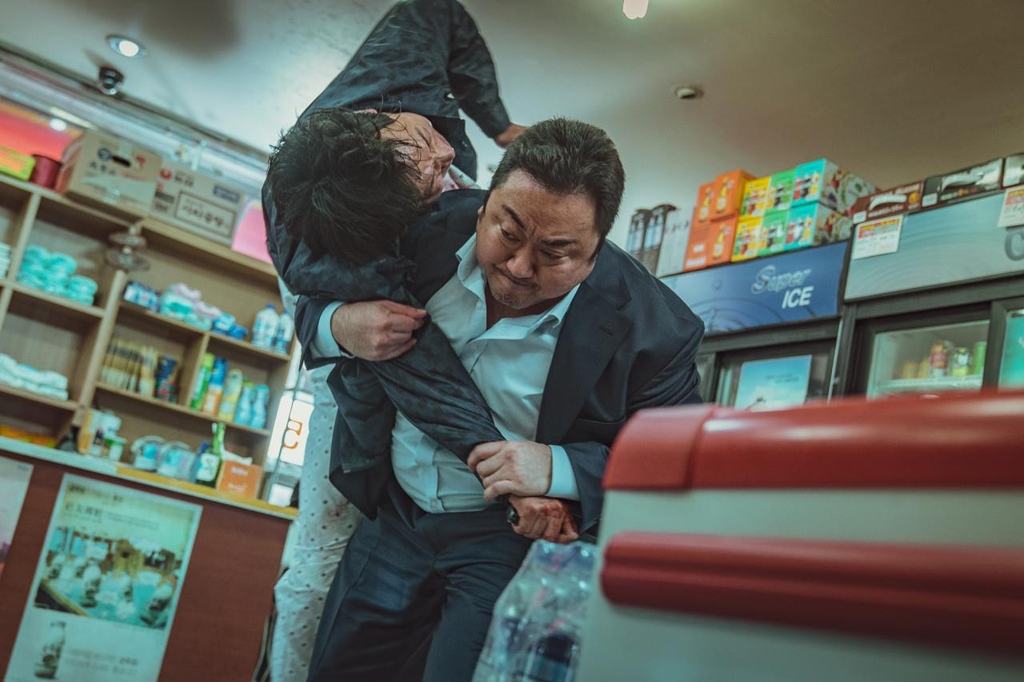 The sequel to the 2017 hit movie "The Outlaws" had set the record by 1:50 p.m., according to its local distributor, ABO Entertainment Co., based on a real-time box-office tally from the Korean Film Council.

It exceeded the mark on the 25th day since its release on May 18 and became the 28th film to reach the milestone of 10 million ticket sales in South Korea. The 27th film was Disney's "Frozen 2" shown at the end of 2019.

Also, it is the first South Korean film to achieve the feat after Bong Joon-ho's Oscar-winning black comedy "Parasite," which reached the 10-million milestone in July 2019.

In South Korea, with a population of 50 million, films that sell 10 million tickets are considered huge successes.

It earned 467,000 viewers upon its debut, marking the largest first-day score for a homegrown film since the new coronavirus broke out in early 2020.

It also became the most-watched film in the nation since the COVID-19 pandemic began, outnumbering the previous No. 1, "Spider-Man: No Way Home" (2021), which posted 7.5 million in attendance.

"The Roundup" tells the story of Detective Ma Seok-do (Ma Dong-seok), who heads to Vietnam to extradite a suspect only to find out about additional murder cases involving an unknown killer who has committed crimes against tourists for many years. (Yonhap)