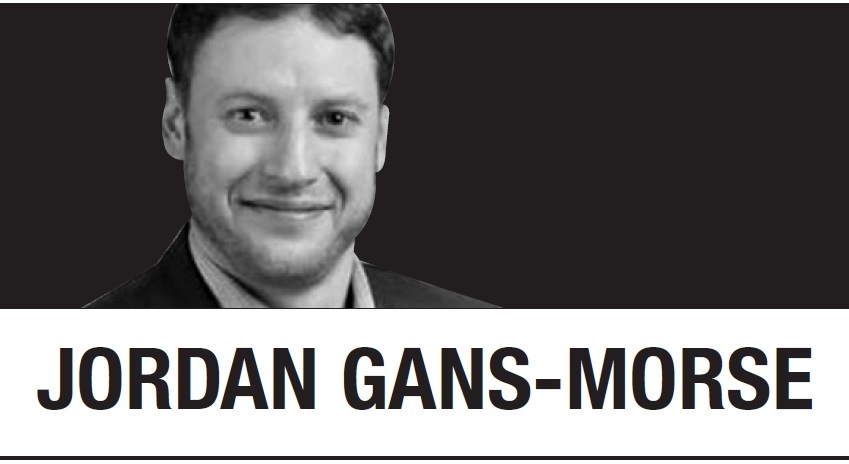 Three months have passed since Russia invaded Ukraine, and calls for negotiations with Russian President Vladimir Putin are growing.

The leaders of the European Union’s three largest member states -- Germany, France and Italy -- have all recently issued statements calling for a cease-fire, with German Chancellor Olaf Scholz underscoring the need for this to come “as quickly as possible.” Italy and Hungary sought -- unsuccessfully -- for the EU to call for an immediate cease-fire at its summit.

The influential New York Times Editorial Board has emphasized the unlikeliness of a decisive Ukrainian victory and insisted that responsible leaders have a duty to “not chase after an illusory ‘win.’” And former Secretary of State Henry Kissinger made waves at the recent Davos Forum with his suggestion that “negotiations on peace need to begin in the next two months or so,” even if this involves Ukraine ceding sovereign territory to Russia.

A pointed response from Ukrainian President Volodymyr Zelenskyy and a furious social media storm have accused those urging negotiations of appeasement. But how should we know when the time is right to take such proposals seriously?

At a minimum, proposals for cease-fires and negotiations should offer compelling answers to the following three questions.

First, how will Ukrainian citizens in areas under Russian control be protected from war crimes? Claims that an end to fighting will save civilian lives ignore overwhelming evidence to the contrary from Bucha, Mariupol and countless other villages and cities.

A premature cease-fire would leave some Ukrainians far from being safe, stranded in occupied territories and likely to be subjected to summary executions. This is in addition to makeshift torture chambers, gang rapes, filtration camps, Ukrainian-language book burnings, abolition of Ukrainian-language schools, forced deportations to Russia and other measures aimed at denying the existence of a distinct and independent Ukrainian culture and nation.

Second, what evidence is there that Putin is ready to engage in serious negotiations? Negotiation requires two willing parties. To date, Putin has mocked international diplomacy. Most notably, just one day after United Nations Secretary-General Antonio Guterres traveled to Moscow in late April to personally appeal for peace, Russia launched missile attacks on Kyiv with full knowledge that Guterres was visiting the Ukrainian capital.

Indeed, UN and EU leaders’ premature overtures are likely to prove counterproductive. By confirming Putin’s beliefs that Europe’s leaders desire a rapid end to the war more urgently than he does, they are more prone to kindle his appetite for aggression than increase his inclination to compromise.

Third, why should Russia be expected to abide by a cease-fire or negotiated settlement? Putin and his inner circle operate with disturbing comfort in the post-truth global milieu their propaganda efforts have helped create. These are the same people who repeatedly denied intentions to invade even as nearly 200,000 troops, visible for all the world to see, amassed on Ukraine’s borders.

History shows that Russia does not merely violate cease-fires, but also uses them to gain a strategic advantage. From Georgia to Syria, Russia has turned cease-fires into frozen conflicts, annexations and opportunities to regroup or further modernize its armed forces.

To be sure, those calling for negotiations are right to be concerned that a prolonged war could lead to full-scale Russian military mobilization, Russia’s use of weapons of mass destruction or escalation into a head-to-head conflict between Russia and NATO. But rather than mitigating these concerns, a premature cease-fire or an unstable peace settlement risks merely postponing these disastrous scenarios until a renewed bout of Russian aggression.

Many calls for negotiations offer the caveat that ultimately the timing is for Ukraine to decide, as if those advocating for a settlement are just objective analysts offering pragmatic solutions and spelling out sober truths. But to the contrary, these proposals inflict significant damage.

By promoting the misleading impression that a negotiated settlement is a viable option that NATO and Ukraine are refusing to pursue, they undermine public support. This plays into the hands of Putin, who is counting on war fatigue in Europe and America to eventually make military aid, sanctions and goodwill toward Ukrainian refugees politically difficult to sustain.

The Western world -- and more importantly, Ukrainians themselves -- will know when the time for negotiations arrives. It will, at minimum, be when those calling for cease-fires can offer hard evidence that war crimes in occupied territories can be prevented, Putin is ready to negotiate and a pause in fighting is more than a prelude to renewed Russian aggression in the near future.

To date, advocates of negotiations fail miserably to address these issues. Until they do, the fastest path to a stable peace -- and the only way to minimize indignities suffered by Ukrainian civilians -- is to provide Ukraine with the support and weapons needed to repel Russian troops from its sovereign territory as soon as possible.


Jordan Gans-Morse
Jordan Gans-Morse is an associate professor of political science and the faculty director of the Russian, Eurasian, and East European studies program at Northwestern University. He wrote this for the Chicago Tribune. --Ed.