Allies in talks on new site for residual US military facilities: sources 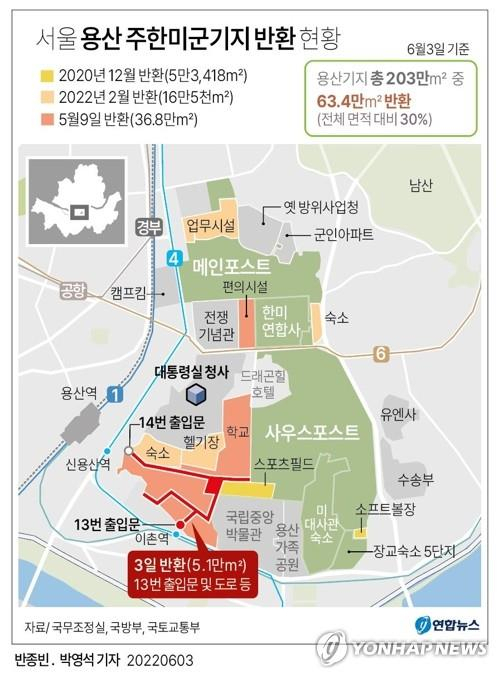 South Korea and the United States are in talks over the selection of a new site to house American military facilities that the countries have agreed to retain in central Seoul under their broader base relocation scheme, sources here said Wednesday.

The two sides have been "positively" weighing the idea of putting residual military facilities in a site right next to an area in the northernmost portion of the US military's Yongsan Garrison -- now reserved for the construction of the new US Embassy compound, according to the sources.

Seoul and Washington had initially agreed to put the residual facilities in a 105,000-square-meter site within the southern section of the garrison. The reconsideration came after the recent relocation of South Korea's presidential office close to that site.

"The two sides are positively discussing the selection of a new site, but no final decision has been made yet," a source told Yonhap News Agency on condition of anonymity.

The two countries have agreed to retain the residual facilities in Yongsan despite their agreement to relocate other facilities in the garrison to Camp Humphreys in Pyeongtaek, 70 kilometers south of the capital. The facilities include the Dragon Hill Lodge. (Yonhap)