Pioneering artists of the time at Gallery Hyundai, Page Gallery 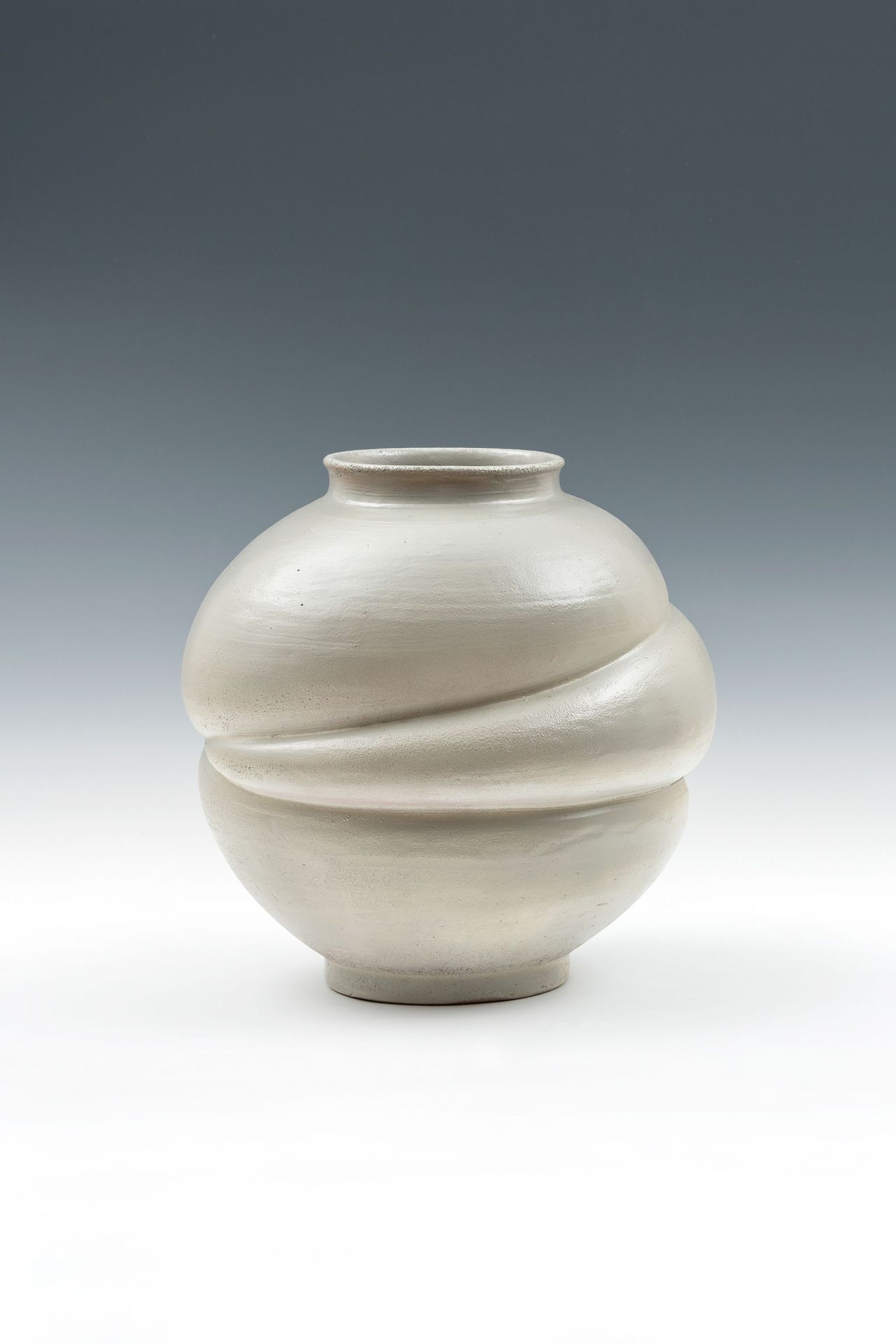 While Lee is known as a progenitor of Korea’s conceptual art from the 1950s, Colbert is an emerging British pop artist who has been expanding the realm of pop art to virtual reality.

Born in 1932, Lee began working in installations when the very concept of installation art was unfamiliar in South Korea. The artist experimented with a variety of subject matter, including traditional Korean materials. In the 1950s, he introduced conceptual art to the country.

“(Un)Bound,” on exhibit at Gallery Hyundai, spotlights the artist’s series of “binding” works, in which twine and rope are the key mediums that physically manifest his concepts. Ironically, the concept of binding is a way to “unbind,” or break the concept of the materials’ typical uses, as seen in “Tied White Porcelain,” a white ceramic jar with rope-tying marks on it.

Unlike last year’s retrospective exhibition at the National Museum of Modern and Contemporary Art, the exhibition at Gallery Hyundai offers a look at the artist’s recent works. These recent works reveal what he has been exploring in the last few years. “Untitled,” created in 2017, is made using bells from the Korean shamanistic ritual called “gut.”

Some works from the 1980s show Lee’s wit. In the 1970s, human hair was considered highly valuable, as wigs were a major export item from South Korea. In later years, this industry entered decline.

One day, Lee heard a vendor shouting, “Buy some hair!” rather than urging people to sell it. He bought a bundle of hair and went on to create “Dance” and “Hair Calligraphy” with the black Korean hair resembling paintings done in black ink.


“I saw the world upside down, and my thought process was inverted. I lived inversely,” the artist said last year at the retrospective at MMCA.

The exhibition runs through July 3 at Gallery Hyundai in Jongno-gu, central Seoul.

Colbert, born in 1979 in Scotland, explores the realm of pop art, seeking new potential in the genre. The artist, who has created a global following for his cartoon lobster persona, is now exploring virtual reality and art in the non-fungible token space with the digital project “The Lobstars.”

The artist floated an inflatable lobster down the waterway in Venice, Italy’s famed city of canals, to coincide with the 59th Venice Biennale and to celebrate the launch of “The Lobstars.” A new collection of lobster portrait NFTs, “The Lobstars” is a gateway to his surreal metaverse named “Lobsteropolis City” on Decentraland, a 3D virtual browser-based platform.

The exhibition “Dream of the Lobster Planet” at The Page Gallery in Seoul shows 30 works of paintings and sculptures Colbert newly created for his second solo exhibition in South Korea. Lobster, Colbert’s alter ego, is the artist’s main character in his creative world. “I become an artist when I became a Lobster,” he once said.


The exhibition is the second solo show of the artist in Korea, following “Next Art: Fantasy Tour to Pop Art and Media Art” at Sejong Museum of Art last year.

“I would say Colbert is the most contemporary artist,” said curator Emily Hyeonjin Choi at The Page Gallery. “He inherits Andy Warhol’s legacy from the 1960s to 1970s, then pioneers contemporary pop art and is now expanding to the digital and virtual reality world.”

Based in London, Colbert has collaborated with luxury brands such as Rolex, Montblanc, Christian Louboutin and Comme des Garcons.

The exhibition runs through July 10. The Page Gallery is closed on Mondays.