The 2.6-meter-wide painting, titled “Ecriture No 190512-21,” features pastel colors in his early pencil Ecriture style. Each gap between blocks of pencil shading seems like a breathing hole that relaxes audiences. 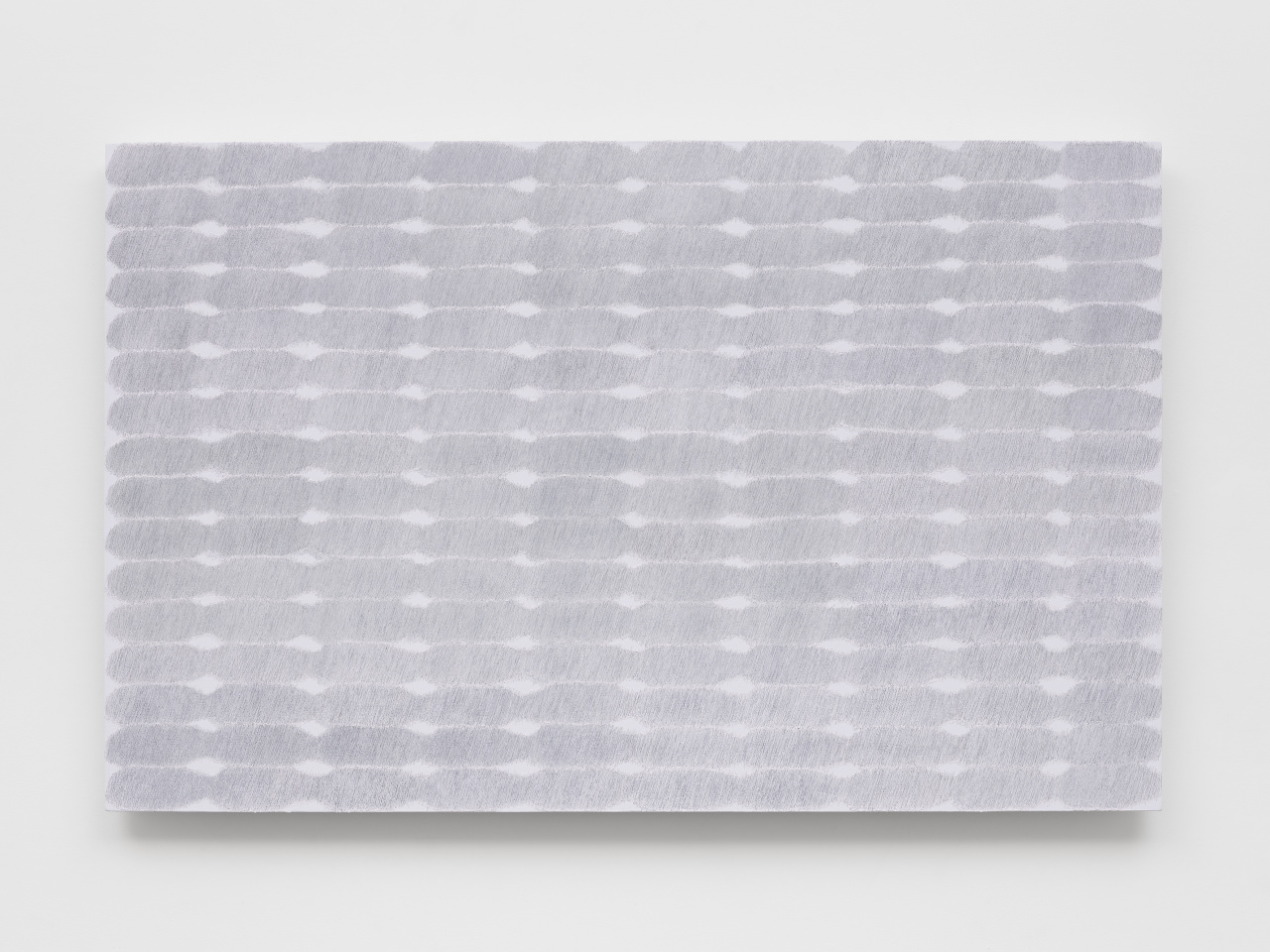 "Ecriture No 190512-21” by Park Seo-bo (courtesy of the artist, White Cube)
The painting, which Park started to work on in 2019, is among the works on display at the “Danh Vo, Isamu Noguchi, Park Seo-Bo” exhibition at the Fondazione Querini Stampalia in Venice, which coincides with the biennale.

“An artist needs to do their best even after they get old. If they do so, the works they create gives off an entirely different atmosphere,” Park told The Korea Herald on the phone Monday.

The works by three artists -- Park (1931), Danish Vietnamese artist Danh Vo (1975) and Japanese American sculptor Isamu Noguchi (1904-1988) -- are on display across the historic palace, once inhabited by the Querinis, a Venetian noble family who had lived there for generations, accumulating collections of objects, books and, above all, works of art that were bequeathed to the city in 1869.

Park, widely recognized as the father of dansaekhwa, or monochrome paintings through which artists sought to meditate, said he feels his hand get shaky after working for five to six hours a day. As he nears 90, he has moved on to a new Ecriture series, combining pastel colors and his early pencil Ecriture style, which features blocks of pencil drawings lain in line across a canvas.

“It takes at least one or two years to finish a single piece of painting at my age. I grip my pencil tightly and work on it five to six hours a day, then my hand would cramp up. I cannot work longer on the day,” Park said. “I came up with blocks (of pencil sketching) so that I can continue working at my age by working block by block. They somehow look like clouds.”

In Venice, Park also showcased five pieces of the new series that was created with ceramics in collaboration with ceramists for the first time. Park will keep creating the ceramic Ecriture series along with his pencil series. Park said the ceramic works will be created for small sizes only otherwise they will be too heavy.

“I am the kind of artist who sticks with one theme of art, giving variations to it. Soil is the core element to nature, which was quite interesting,” Park said on his ceramic Ecriture series.

The exhibition also introduces a wide selection of Noguchi’s paper Akari lamps that illuminate objects around them, including artworks by Park and Vo. His iconic Akari, which means “light” in Japanese, were based on Japanese “chochin” lanterns and influenced by American design aesthetics. Noguchi first conceived of the work in 1951 made from mulberry trees, showing his ability to bridge the traditional and modern.

“Three different generations, even though they all have Asian heritage, are different in many ways. But I think some of the things that bring them together are material things -- the use of paper and the importance of nature,” Susanna Greeves, director of Museum Liaison of White Cube, told The Korea Herald at the exhibition on April 20.

Vo -- who was once a refugee from Vietnam and now a Danish citizen -- has addressed issues of self-identity as well as cultural and political events. Among the works at the exhibition include photo portraits of flowers in the artist’s garden at Guldenhof -- his studio and farm north of Berlin -- and gardens in the Mediterranean island of Pantelleria, Friuli, Italy, and Seville, Spain.