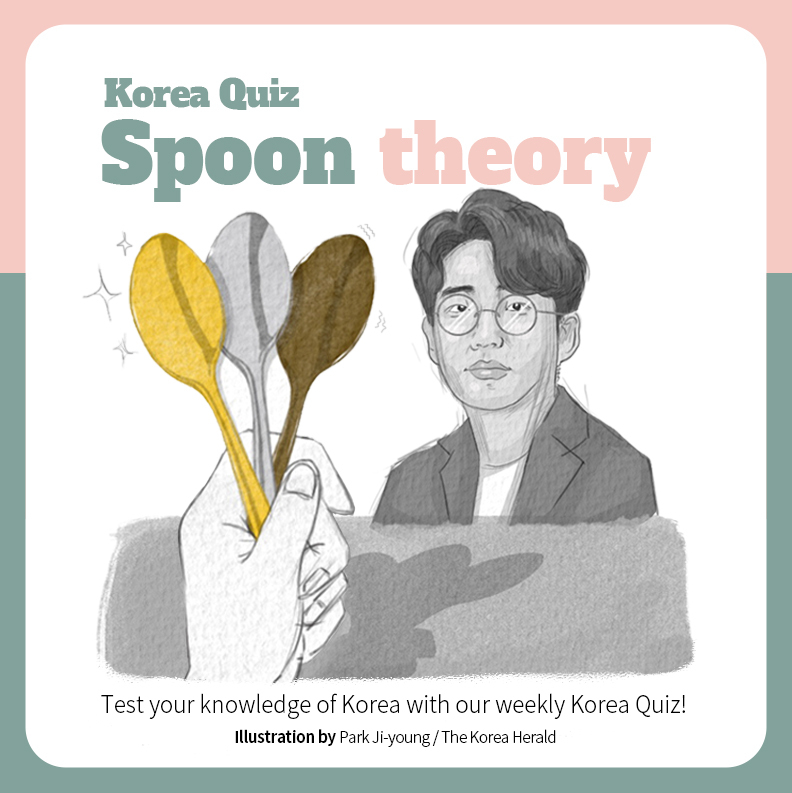 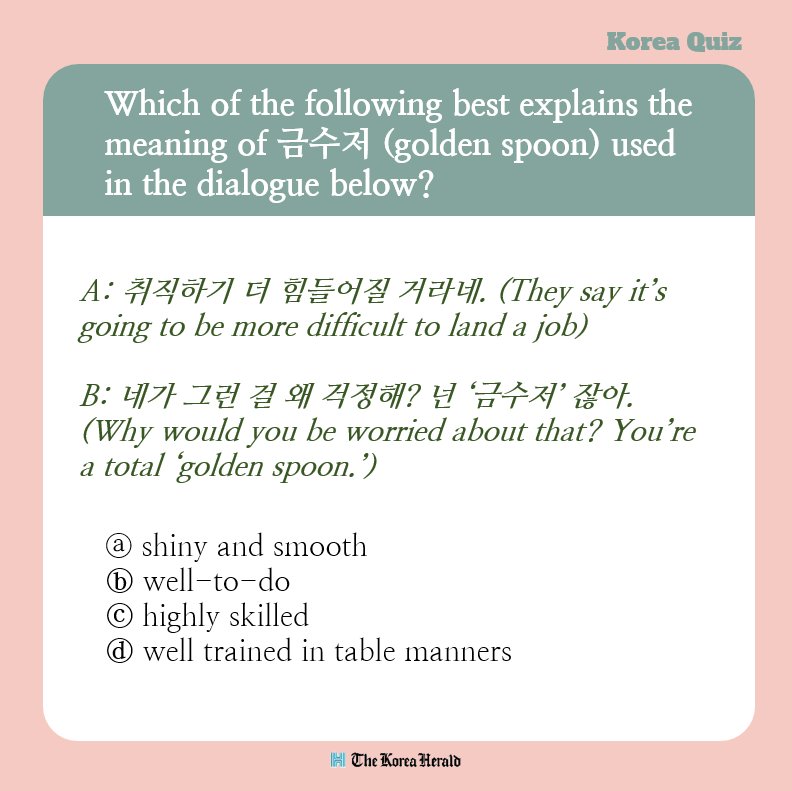 Spoon theory is a euphemism used to describe a person’s family background, usually related to financial situation and social influence, by comparing it to spoons made of different materials.

The phrase is derived from the English expression “born with a silver spoon in one’s mouth,” and the most common use is referring to a person of a wealthy background as a “golden spoon.”

The other commonly-used phrase in spoon theory is “dirt spoon,” which was initially coined to refer to those coming from lower income backgrounds. But many Koreans use it to refer to the non-rich and non-powerful in general, in contrast to the privileged gold class.

Other variations such as copper spoon and iron spoon also exist, although they are not as popular. The meaning of the silver spoon in Korea has been altered to refer to an upper-middle class between gold and other spoons.

Spoon metaphors first gained popularity among young people on social media in 2015 and have since spread to use by a broader range of demographics. It has received attention from media as well as academia for capturing the public’s frustration over dwindling opportunities to climb up the socioeconomic ladder.

More recently, the expressions were used to criticize children of influential figures for having an easy life, as highlighted by the scandal surrounding former Justice Minister Cho Kuk’s daughter and her admission to a medical school.

This phrase became so widespread in Korean media that it sparked a popular webtoon of the same name, which is slated to be made into an MBC drama in the second half of 2022.