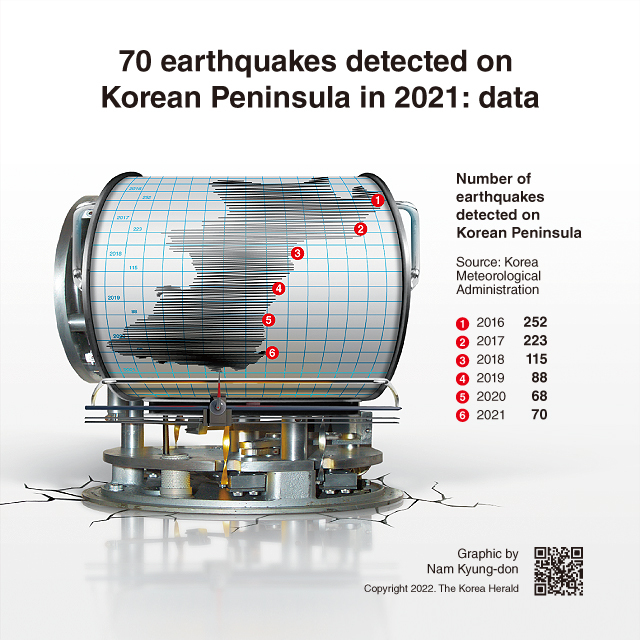 A total of 70 earthquakes with a magnitude of 2.0 or stronger were detected on the Korean Peninsula and its surrounding waters last year, a level similar to the yearly average over the past 20 years, the state weather agency said.

The 2021 figure is up from 68 logged the previous year and is similar to the yearly average of 70.6 since the country began tracking related data with a digital system in 1999, according to the data by the Korea Meteorological Administration.

Of the total, 16 cases were detected in North Korea and its surrounding waters, it added.