France’s National Orchestra of Metz will embark on a Korean tour later this month, the first foreign orchestra to perform in the country this year, signaling a return to normalcy in international music tours.

The orchestra, led by music and artistic director David Reiland since 2018, will perform in five Korean cities from April 29 to May 3. Reiland, the Belgium conductor who has also been leading the Korean National Symphony Orchestra since January, will take the baton for the five performances that will feature two French composers -- Hector Berlioz and Camille Saint-Saens and two world-class performers -- violinist Yang In-mo and French organist Olivier Vernet.

The 120-minute concert will open with Berlioz’s overture to “Beatrice and Benedict.”

The first part of the concert will feature violinist Yang performing Saint-Saens’ Violin Concerto No. 3, marking his first tour with a foreign orchestra in South Korea. The Korean violinist is the winner of various international competitions, including the first prize of the 54th edition of the International Paganini Competition in Genoa, Italy. Last month, he performed with the Busan Philharmonic Orchestra where he is the 2022 artist of the year.

Vernet, the titular organist of the Cathedral of Monaco, and the orchestra will join forces for Saint-Saens’ Symphony No. 3.

The tour will begin April 29 at Daegu Concert House in Daegu, then move to Iksan Arts Center, in Iksan, North Jeolla Province, on April 30. On May 1, the orchestra will perform at Tongyeong Concert Hall in Tongyeong, South Gyeongsang Province, before making its way to Seoul where it will perform May 3 at Seoul Arts Center. 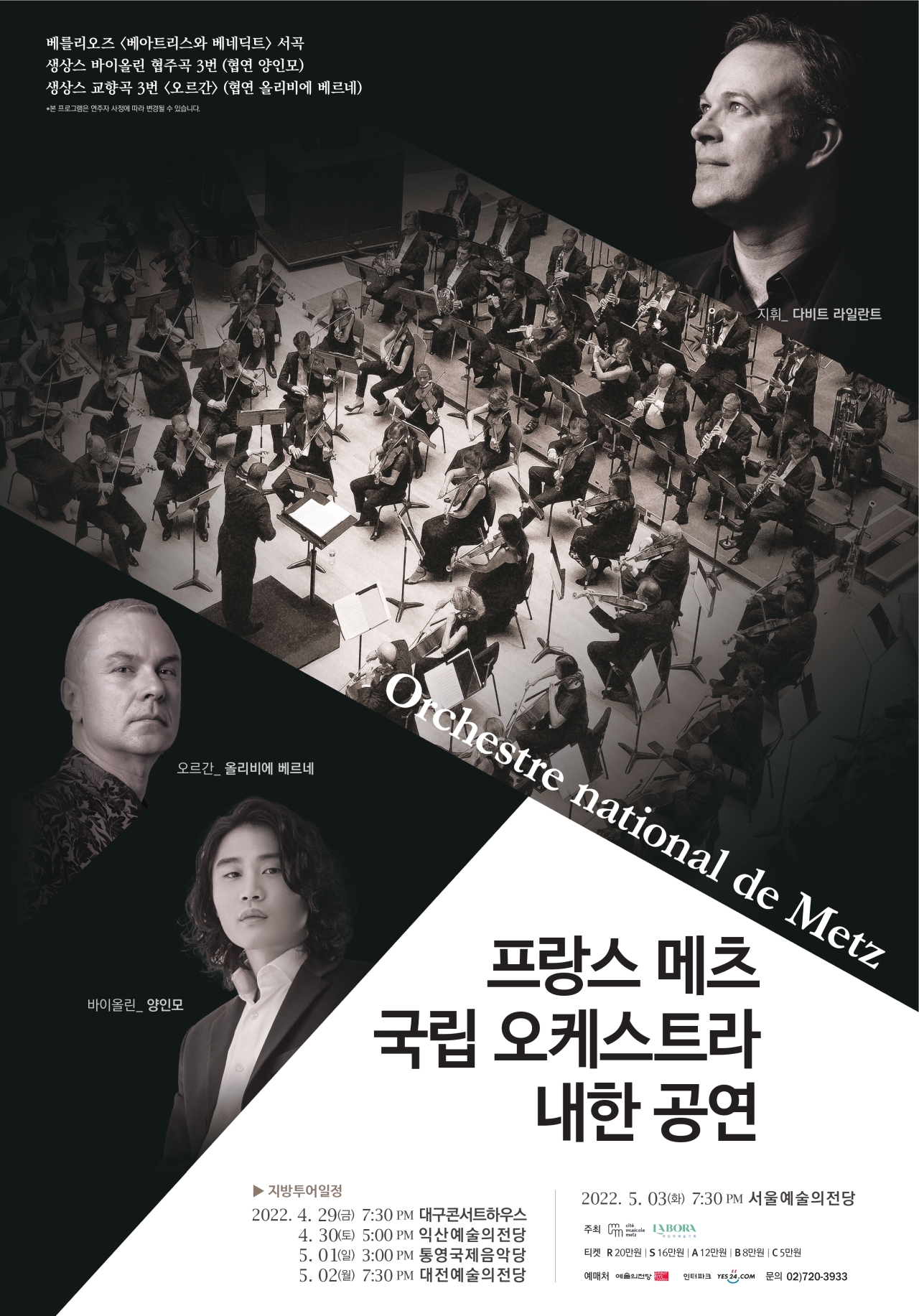