Korean books to watch for this spring

By Korea Herald
Published : Mar 31, 2022 - 16:41       Updated : Mar 31, 2022 - 18:47
"Love in the Big City" by Park Sang-young, translated by Anton Hur (Grove Press)
Park Sang-young's queer coming-of-age tale “Love in the Big City” (translated by Anton Hur) is one of two Korean novels longlisted for the 2022 International Booker Prize. Together with Bora Chung’s ”Cursed Bunny,“ Park‘s debut novel and first book to be translated into English highlights the diversity of contemporary Korean literature. Chung’s short story collection tackles a variety of styles and concepts, from surreal horror and dark fairytales to sci-fi and ghost stories. Her stories are perfectly crafted, while the writing is deceptively simple and often genuinely chilling. In comparison, “Love in the Big City” is a much more linear affair. It tells the story of a young gay man navigating love, sex, career, and prejudice in socially conservative South Korea‘s bustling, hyper-modern capital, Seoul.

In an interview published in 2019 in Words without Borders, Park said, “the key words would basically be queers and Catholicism, women, abortion, STDs, and economic class. I guess it‘s about the emptiness that anyone living in a big city these days feels in their everyday lives.“ When the novel was published in Korea in 2019, it caused a sensation by connecting with readers‘ jaded experiences of big city, millennial life. The novel is split into four sections, highlighting different periods in the life of the narrator, Park.

In the first section, Park recounts his romantic misadventures as an undergraduate and his friendship with a fellow outsider, Jaehee. Part two finds Park in his early 30s reflecting on the breakup of his first significant relationship with a man a decade older. This chapter also reveals Park‘s difficult relationship with his deeply religious mother, who institutionalized him as a teen for kissing another boy in the neighborhood. The elderly mother now suffering from cancer, Park is forced into the role of reluctant caretaker. The novel’s third chapter sees Park finding something like true love, while in the fourth and final section, he seems more lost and despondent than ever as he drifts from hookup to hookup.

Park is an engaging narrator who offers readers both wryly comic and deeply poignant insights into life and love, family and career. Translator Anton Hur does an excellent job of capturing the humor and sharpness of Park‘s voice. His story is both a guide to and a celebration of queer millennial life in Korea. As the writer Park explains in his afterword, the best feedback he received when the novel was published in Korea were the comments that said, ”Thank you for writing about us, about me.” 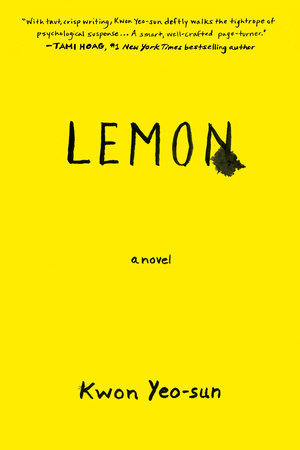 "Lemon" by Kwon Yeo-sun, translated by Janet Hong (Other Press)
Kwon Yeo Sun’s ”Lemon“ (translated by Janet Hong) was also published in Korea in 2019, and it, too, taps into contemporary fears around privilege, economic class, and violence against women. The English translation has been touted by its publisher as a literary crime novel similar to the movie “Parasite.”

“Lemon” starts in 2002 when, against the backdrop of the World Cup in South Korea, a strikingly beautiful student called Hae-on is brutally murdered. The case quickly becomes a national obsession referred to as the High School Beauty Murder. There are initially two suspects, both of whom are Hae-on‘s male classmates. Shin Jeong-jun comes from a privileged, wealthy background, while Han Man-u comes from poverty and hardship. The boys were the last two people to see Hae-on alive, and as such, both are suspects.

In the book‘s first chapter, the murdered girl’s sister reflects on Man-u‘s treatment at the hands of the police. “The detective would have weighed Han Man-u’s narrow, pinched face against Shin Jeong-jun‘s clean features, the former’s cheap World Cup T-shirt against the latter‘s IVY Club button-down shirt, a single mother against an accountant father, and the 20th in class against the top 10 of the entire grade, as well as the credibility of the witnesses providing the alibis. Rather than try to find the real culprit, the detective would have considered whom he could – or should – crush and turn into the culprit. And that’s exactly what he tried to do.”

The theme of privilege is at the heart of the novel, and the analysis of class and wealth disparities between families continues throughout. Over the following seven chapters and 17 years, the reader will learn what happened the day of Hae-on’s murder and how several people connected to the event were affected. Those expecting a traditional crime novel could be disappointed.

“Lemon” is an altogether trickier affair. One of the pleasures certainly is piecing together what happened, but Kwon uses the crime genre to explore grief, guilt, revenge, and privilege. The book‘s clever structure shows how trauma reverberates across lives and time and is never really left behind or forgotten. 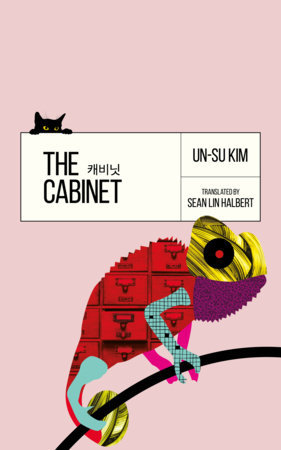 "The Cabinet" by Kim Un-su, translated by Sean Lin-Halbert (Angry Robot)
Kim Un-su's stylish sci-fi novel ”The Cabinet“ (translated by Sean Lin Halbert) is a collection of stories about a group of individuals who may represent the next stage in human evolution and an office worker, Kong Deok-gun, reluctantly tasked with keeping an eye on them. Kong’s assignment is to investigate, support, and record the existence of a growing number of peculiar, impossible people who are popping up in Korea and around the world referred to as “symptomers.” The novel is structured as a series of interlinked short stories with Kong as the thread tying everything together. He meets a “symptomer,” hears their story, and moves on to the next one. There are “time skippers” who lose years of their life in the blink of an eye. There are people called “torporers” who sleep for many months at a time and a man with a ginko tree growing on his finger.

The novel has a satirical edge and takes aim at contemporary Korean and global society with the “symptomers” highlighting dysfunctional aspects of our modern lives. A “symptomer” tells Kong that “the most lasting legacy of capitalism will be angst. Insurance, stocks, real estate, investments… The entire modern economy is based on anxiety, … it‘s a vicious cycle. Thus, we are always anxious, internally and externally.” Some readers might be put off by the lack of forward momentum in terms of plot and narrative. But Kim is much more interested in commenting satirically on the modern world. His stories, animated by humor and an out-there imagination, are increasingly relevant and insightful a decade and a half after they were first published.

Barry Welsh is an assistant professor at Dongguk University.  He can be found on YouTube at Seoul Book Club hosted by Barry Welsh.