By Park Ga-young
Published : Mar 29, 2022 - 21:36       Updated : Mar 29, 2022 - 21:51
Clarinet player Cho Sung-ho discovered his passion for wind instruments when he played the recorder for the first time in fifth grade. He had been exposed to music from an early age by his mother who was a piano teacher, and by his maternal grandfather who was a professional violinist.

“For some reason that I couldn’t pinpoint, I wasn’t a big fan of the violin or the piano, but once I played the recorder, I knew I had a knack for wind instruments,” Cho told The Korea Herald on Monday.

Fast forward to 2022, and the 36-year-old Cho has his plate full as the chief clarinetist of the Tokyo Philharmonic Orchestra while also finding time to take to the stage for solo recitals.

His next performance will take place Thursday when he plays with the Collegium Musicum Seoul, an ensemble that specializes in Baroque music, in a concert titled “Concerto Plus.”

He has programmed the concert with four Baroque pieces, including two that will be performed for the first time in Korea – L’Olimpiade: Sinfonia, RV 725 and Clarinet Concerto No.1 in B-flat Major “Sant’ Angelo,” both by Vivaldi.

“I love Vivaldi’s music, but unfortunately the clarinet was only emerging at the time of Vivaldi and he never created a piece for the clarinet,” Cho said.

“But then two years ago, composer Andreas N. Tarkmann rearranged two of Vivaldi’s music into a clarinet concerto for clarinetist Martin Frost and I couldn’t wait to play them.”

In interpreting each piece, Cho said, he tries to take into consideration the composer’s intention as well as the modern context in which we live.

“Many pieces were written at a time when the newest models of the clarinet could only hit a limited number of notes. Considering the intention of the composer in isolation -- which would be impossible because we are living in different times -- would be reductive, and not conducive to a good performance,” Cho said, adding that he tries to utilize his creative license when playing the clarinet.

In fact, that is exactly what he did when auditioning for the Tokyo Philharmonic Orchestra, where he has been working since 2016 as one of three foreign members. He was surprised when he got the position.

Cho said that the sheer number of performances that he is required to give at the TPO, an internationally recognized orchestra founded in 1911, has provided him with a wealth of experience that he would otherwise not have had. Before the pandemic, TPO gave 170 performances a year, including accompanying operas.

The Japanese tradition of practicing a piece until it is perfect in order to avoid mistakes is highly advantageous, as ensemble work is foundational to any orchestra, according to Cho.

“At the same time, I really love trying new repertories that challenge me and never really liked dabbling in easy pieces. That’s why I try to have as many recitals as possible,” he noted, adding that he has no fear but only excitement when playing in front of the audience. “I’ll continue to discover adventurous pieces and meet with the audience.” 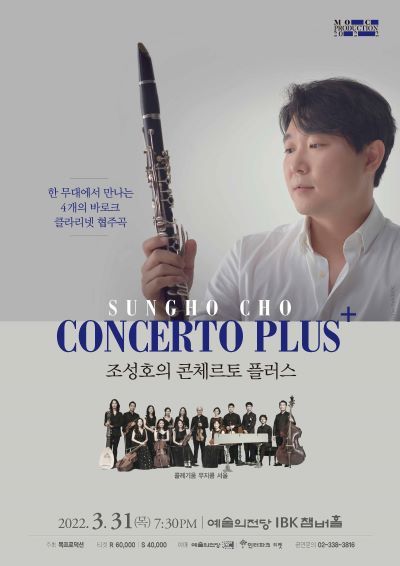