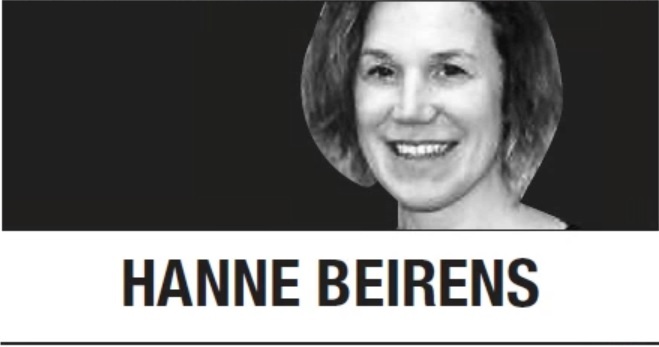 Since Russia’s invasion, more than 2 million people have fled Ukraine. An additional 4 million might not be far behind in what’s shaping up as Europe’s largest refugee crisis since World War II.

But is Europe ready to handle it?

The European Union and member states have shown a massive outpouring of support. Countries bordering Ukraine, including Poland, Hungary, Slovakia and Romania have rapidly erected reception centers, where tired and bedraggled arrivals are being warmly greeted with offers of food, clothing and shelter. Poland is also offering a free use of mobile networks and public transportation for Ukrainians to join family and friends there or in other parts of Europe. Countries farther afield have similarly pledged support. The Belgian government, for example, is running a campaign to identify vacant public housing and find people willing to host Ukrainians.

The policy response has also been uncommonly fast and generous. Speaking in a unanimous voice that was unexpected -- given the fractures of recent years among member states over refugees and migration -- the European Council on March 3 in a first-ever move triggered the “Temporary Protection Directive.” (It wasn’t activated during the 2015-16 refugee crisis, which included people escaping Syria, Iraq and Afghanistan.) This measure offers protection for one year to those fleeing Ukraine. The protection status may be extended up to three years. This blanket designation means that countries will not have to assess asylum claims for each person.

Though this is a milestone for EU policy and spares national asylum systems from huge burdens, the action represents just the first lap. Policymakers in Brussels and other European capitals are understandably focused on the immediate provision of food, shelter and now legal status, but they need to also consider bigger near-term realities: Finding housing and providing access to jobs, education and healthcare for new arrivals.

The tasks are enormous, but if politicians activate the right levers, they can lessen some of the challenges and avoid the public perception that they are poorly managing or losing control of the situation -- a widespread concern among governments on both sides of the Atlantic.

Here’s what EU countries should do:

Establish a fast and smooth registration process, including identity and security checks. Refugees will be required to register with authorities in an EU country to access this newly available temporary protection status and related rights. Because the goal is to quickly provide protection, having Ukrainians line up with other asylum-seekers would thwart that ambition. Instead, there should be specific registration offices set up for those fleeing Ukraine. A key lesson from Europe’s 2015-16 crisis should be taken: These registration offices must be robustly staffed and the delivery of documents automated. Without a well-functioning registration system, Ukrainians will not be able to access the status and services essential to their integration. EU institutions, such as the border management agency Frontex and the EU Agency for Asylum, can also be major resources for countries that become overwhelmed.

Deliver on the right to employment enshrined in the Temporary Protection Directive. New arrivals will need support to navigate the written and unwritten rules of the local labor market. Ukrainians were already an important source of labor within the EU before the Russian invasion. Countries like Poland and Germany, which face persistent labor shortages, have actively sought to attract Ukrainian workers in recent years. Other member states confronted with similar shortages may learn from their example. The EU could seize the opportunity to coordinate country efforts in the area of credential recognition, using the digital tools that Germany and others developed in 2015 to efficiently recognize and certify the skills of Syrian arrivals.

Work with the large Ukrainian diaspora already in Europe. Before the invasion, there were some 2 million Ukrainians in Poland. Large Ukrainian communities also exist in Germany, the Czech Republic, Italy, Spain and Portugal. If mobilized effectively, these diaspora communities can be valuable in helping new arrivals integrate. Support from diaspora members and community groups to navigate employment, enroll children into schools and find longer-term accommodation can speed up integration. But such support cannot fall to the diaspora community alone.

Successful integration is essential, not just for the well-being of displaced people shell-shocked by the devastation to their lives and country but for Europe itself. The early open-arms welcome could turn cold if Europeans perceive the costs to their communities as too high, such as in strained public services and overcrowded schools.

Indeed, the conditions were set long before this crisis for potential acrimony, given the hard stance Poland, Hungary, Greece and other member states have taken in recent years -- and even in recent months -- against asylum-seekers from Syria, Iraq, Afghanistan and other parts of the world. Echoes of this can be seen in the racialized response unfolding now as Africans and Asians living in Ukraine and attempting to flee are being treated far less favorably than white Ukrainians.

The devastation in Ukraine has been staggering, and the response to the huge displacement of people has been remarkably swift. Yet this moment calls for European policymakers, governments, humanitarian groups and others to keep a disciplined eye on mid- and longer-term integration even as they’re racing to provide immediate food, medical attention and shelter. Much rides on their success.


Hanne Beirens
Hanne Beirens is director of Migration Policy Institute Europe, a nonpartisan think tank in Brussels. She wrote this for the Los Angeles Times. -- Ed.