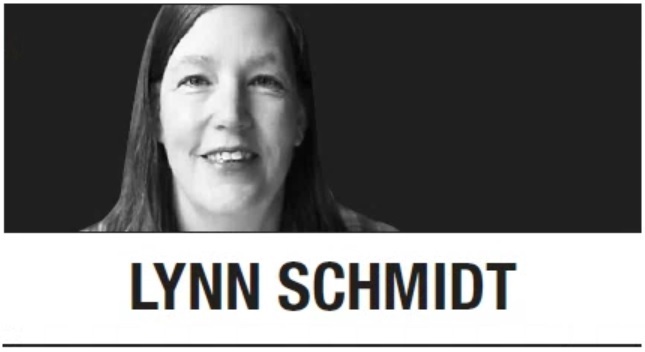 Jan. 10 marked the 40th anniversary of my favorite football memory. The San Francisco 49ers pulled off an 89-yard drive with an impressive play pass, designed by coach Bill Walsh, in which Dwight Clark literally rose out of the pack in the end zone and made “The Catch.” The 49ers came from behind and won the 1981 NFC championship against the Dallas Cowboys. The 49ers then went on to win 1982 Super Bowl against the Cincinnati Bengals.

Clark told reporters following the game that quarterback Joe Montana’s pass was too high “because I don’t jump that well. And I was real tired. I had the flu last week, and I had trouble getting my breath on that last drive. I don’t know how I caught the ball.”

The Catch is widely regarded as one of the most memorable events in NFL history. Sports historians will tell you that is because it ended the Cowboys’ dynasty. For me, it represented all that is right with working and playing on a team.

Politics and sports have a lot in common. Political parties are the teams that politicians play on. Teams or parties can win only if all the players work together. If political parties want to be successful, they might learn something from watching successful sports teams. The phrase “there is no I in team” is overused, but it still resonates for good reasons.

There are many positions on a political team. One such position is an activist. But activists don’t always make the best team players. Players like Aaron Rodgers and Colin Kaepernick have the right to express their opinions, and their passions may be admirable. But as we have learned, activism can polarize a team, the fan base and the game itself.

An activist is someone who works to bring about political or social change and is an important part of our political system. The missions of activists and politicians can overlap, but some have not been successful in delivering their respective promises and responsibilities.

Successful politicians must compromise and listen to the whole of their constituents, not just a subgroup. Activists tend to be uncompromising and focus on ideological purity. While this purity test may get the public’s attention, it doesn’t always translate to legislative success. One such activist/politician crossover is US Rep. Cori Bush of St. Louis. Bush’s steadfast activist roots led her to vote against the bipartisan Infrastructure Investment and Jobs Act back in November 2021. Bush defended her “no” vote because it did not include the broader social spending plan her progressive wing demanded. The citizens of Bush’s first Congressional District will benefit from the infrastructure package despite their representative’s opposition.

Bush recently said she’s not going to stop using the slogan “defund the police” ahead of this fall’s midterms, Axios recently reported, despite requests by some of her Democratic colleagues. Bush said she plans on “sticking to her activist roots.” Progressives and the defund slogan got the blame they deserved for Democrats’ down-ballot losses in 2020.

Apparently Bush doesn’t plan on listening to her Democratic teammates. She went on to tell Axios that colleagues had told her that “defund the police” doesn’t help in their districts. Team Democrats need to weigh whether the “I” represented by activists like Bush helps the broader team during the 2022 midterm big game.

The difference between politics and sports is, of course, the voters. Voters do not have any control over the outcome of a game and who gets to play on a sports team, but in politics, they can certainly make their opinions heard both in preelection polls and in the actual vote on Election Day.

In a 2021 Ipsos/USA Today poll, only 18 percent of respondents supported the defund movement, and 58 percent said they opposed it. Though white Americans (67 percent) and Republicans (84 percent) were much more likely to oppose the movement, only 28 percent of Black Americans and 34 percent of Democrats were in favor of it. Apparently, Bush not only does not want to listen to her fellow teammates, she also doesn’t plan on listening to the opinions of voters.

I can still hear sportscaster Vin Scully announcing “Third and three. ... Montana looking, looking, throwing in the end zone, Clark caught it. Dwight Clark. ... It’s a madhouse at Candlestick.” The Catch catapulted the 49ers team into their 1980s dynasty. And it was all because of some outstanding teamwork.


Lynn Schmidt
Lynn Schmidt is a columnist and editorial board member of the St. Louis Post-Dispatch. -- Ed.