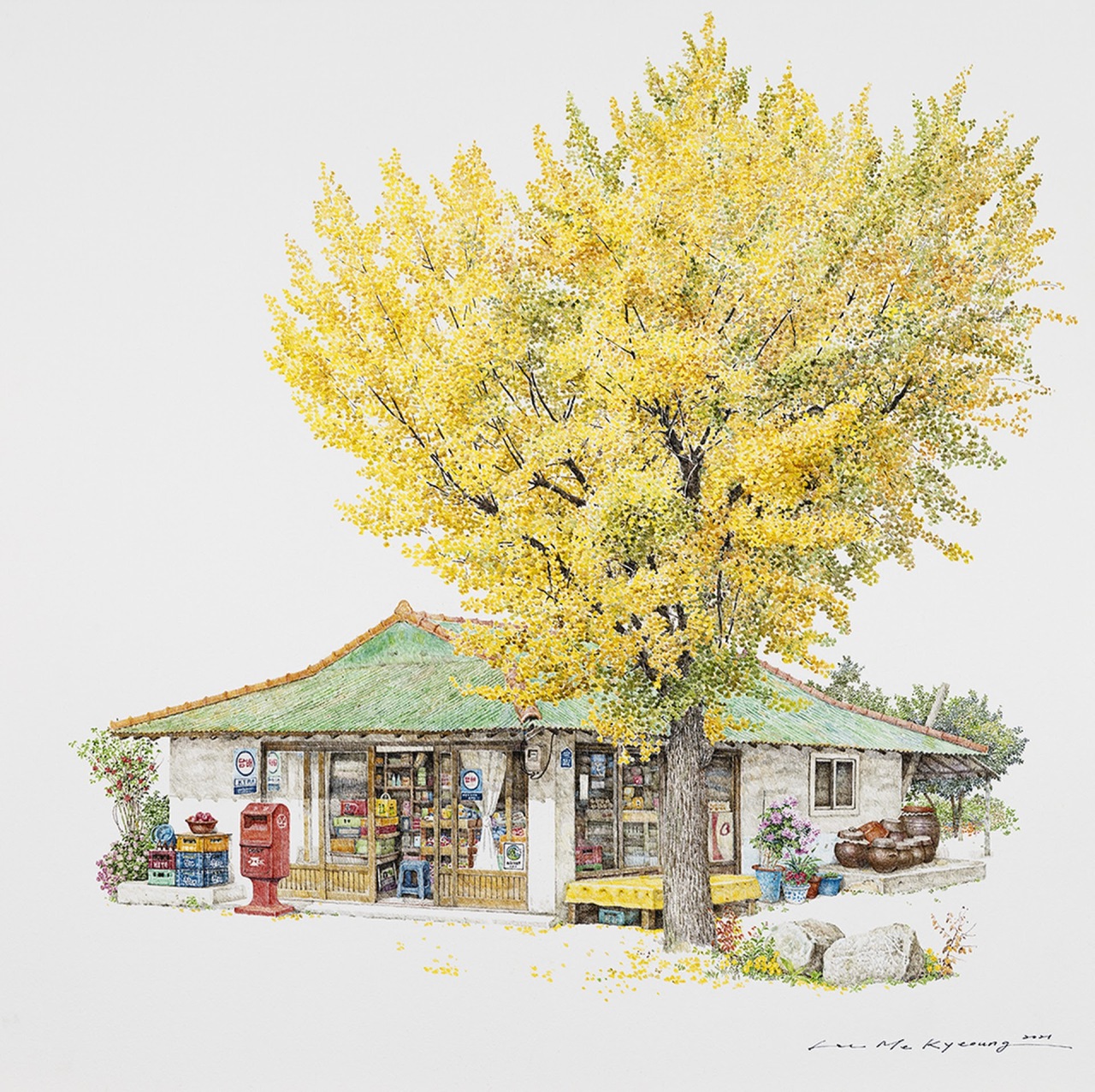 Old ramshackle mom-and-pop stores have provided a lasting subject for Lee Me-kyeoung, a 53-year-old painter, from the human life cycle to childhood nostalgia, when no one even showed the slightest interest in them.

“When I started to draw small stores back in late 90s, people hated to see outdated and obsolete things,” Lee said during an interview with The Korea Herald.

Lee has produced more than 450 pen drawings on mom-and-pop stores in small villages across the nation in the past two decades since 1998.

“They tend to think of these old corner stores as remnants of poverty from the past, something that should be forgotten. But I didn’t think so.”

After graduating from prestigious art schools -- Seoul Arts High School and Hongik University, she felt suffocated because she didn’t know what to draw. “I always got ahead of the rest, paving my own path. One day, I realized that there was no way for me to go.”

“You can make paintings that your professor and audience may praise, or something trendy and hip. But you can’t make yourself keep going in that way without an earnest desire to draw something that constantly inspires you,” she said.

That was until a small corner store located in Gwaneum-ri, Gyeonggi Province, captivated her in 1998 while she was taking a walk around the house she moved to a year earlier.

“It was a place I passed every day, but that day, the mysterious color of the tin roof shining in the setting sun caught my eye. I wondered why I didn’t think to draw this.”

In recent years these stores have edged ever closer to extinction, prompting her to travel around the country as often as she can to discover new, old places.

At the early stage of her work, she opted for realistic renderings of old stores to depict them exactly as they were. But she began to draw what the shops would have looked like in their heydays, based on the wishes of shop owners.

She now adds new features in her paintings based on testimony from owners. Lee tries to have a good long talk with them whenever she finds a good subject for her work.

Those features include trees in full bloom, which were cut when asphalt roads were constructed near the stores, and a wooden bench, which used to be a meeting spot for locals.

“I draw them as if it is the last picture (for the stores) that will be displayed at their funeral. You want to look neat and beautiful rather than sick and old. That’s how shop owners and their families wanted them to be remembered,” Lee said.


For her next project, she plans to work on derelict shops left to rot.
Lee has been observing a corner store, which was a subject matter of her drawing in 1999, for 20 years. It is almost unrecognizable, occupied by moss and weeds.

“I want to talk about the life cycle, and how human bodies and store buildings go through a decomposition process and eventually return to the soil,” she said. “Just to say ‘cherish the present.’” 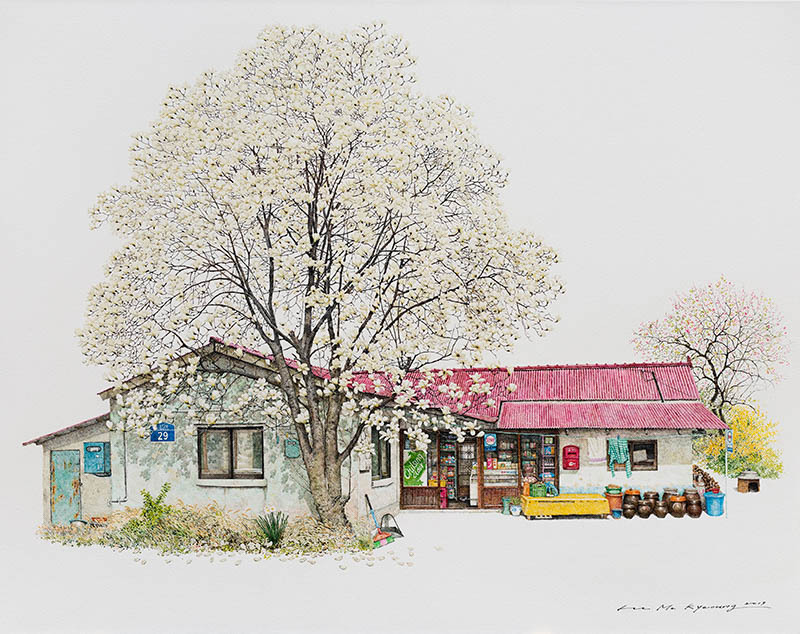 "Gyodong Island store" by Lee Me-kyeoung
Now in her 50s, Lee feels that she’s at her golden age as an artist with self-conviction and more time to focus on her work. But she also accepted that her skills would wane over time.

“My hands will become slow and insensible, with the lines I draw. But I don’t want to hide the changes, because artists get old too.”