“We will newly open Art Archives Seoul Museum of Art this year, a new art entity to open under the umberalla of SeMA in six years. So we will come up with a more concrete direction about how to integrate all the entities together in terms of operation,” said Beck Jee-sook, general director of SeMA, at a press conference on Monday.

The museum is planning to showcase a retrospective of contemporary sculptor Chung Seo-young in September to coincide with Frieze Seoul, one of the world’s largest art fairs scheduled to kick off Sept.2 at Coex in Gangnam-gu, southern Seoul. 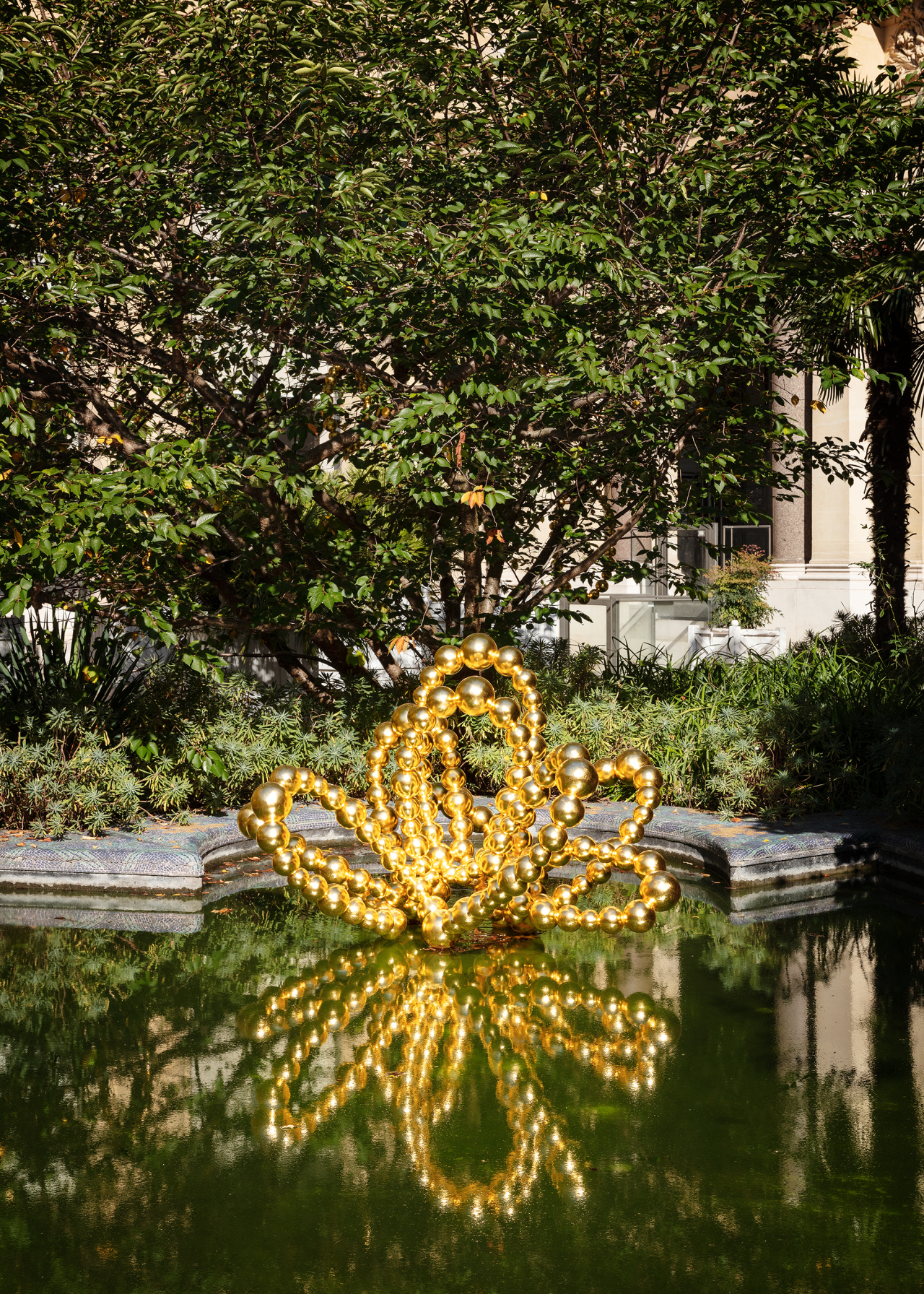 "Gold Rose" by Jean-Michel Othoniel (Jean-Michel Othoniel Adagp, Paris)
The museum plans to introduce the artist to the international art scene by releasing an English publication about the artist. The exhibition will present Chung’s representative works from the 1990s to the present. Chung deconstructed conventional art and posed questions about sculpture itself, incorporating non-sculptural materials found throughout industrialized society such as styrofoam, linoleum, plastic, sponges and plywood.

In celebration of video art founder Paik Nam-june’s 90th birth anniversary, the museum is planning a special exhibition called “Seoul Rhapsody” in November in conjunction with Nam June Paik Art Center. The show will shed light on lesser known sides of the artist such as Paik as a writer who produced a variety of texts during his lifetime.

In July, the “Do Ho Suh: Artland” exhibition will be held at Buk-Seoul Museum of Art.

A special exhibition that presents masterpieces by Korea’s renowned modern sculptor Kwon Jin-kyu will be held in March at SeMA in central Seoul. The museum received some 140 artworks, including 96 sculptures, 10 paintings and six drawings last year from the late artist’s family. The donated works will be stored at Nam-Seoul Museum of Art along with a permanent exhibition hall dedicated to the artist.