Shinsegae Group Vice Chairman Chung Yong-jin on Friday continued to express his discontent over Instagram’s removal of his post expressing his hostility toward communism.

Chung criticized Instagram for its engagement in political activities by deliberately taking down posts that don’t match the preference of the platform, according to a story by local media outlet Maeil Business Newspaper, which cited an anonymous close acquaintance of Chung. “The value of free expression has been fundamental to Chung,” the source was quoted as saying.

The Shinsegae heir later shared a photo of the story on his Instagram account, which has over 734,000 followers, apparently confirming his position.

On Wednesday, Instagram deleted one of Chung’s posts with a hashtag for “destruction of communism,” notifying him that the content breached the platform’s community guideline tied to physical violence and incitement. The social media platform restored the removed post the following day, saying the removal was caused by a “system error.”

Since November last year, Chung has been posting a series of posts expressing his anti-communism sentiment, including one where he wrote: “I hate the communist party.”

But due to a lack of explanation and the use of images irrelevant to communism, previous posts had been ambiguous. 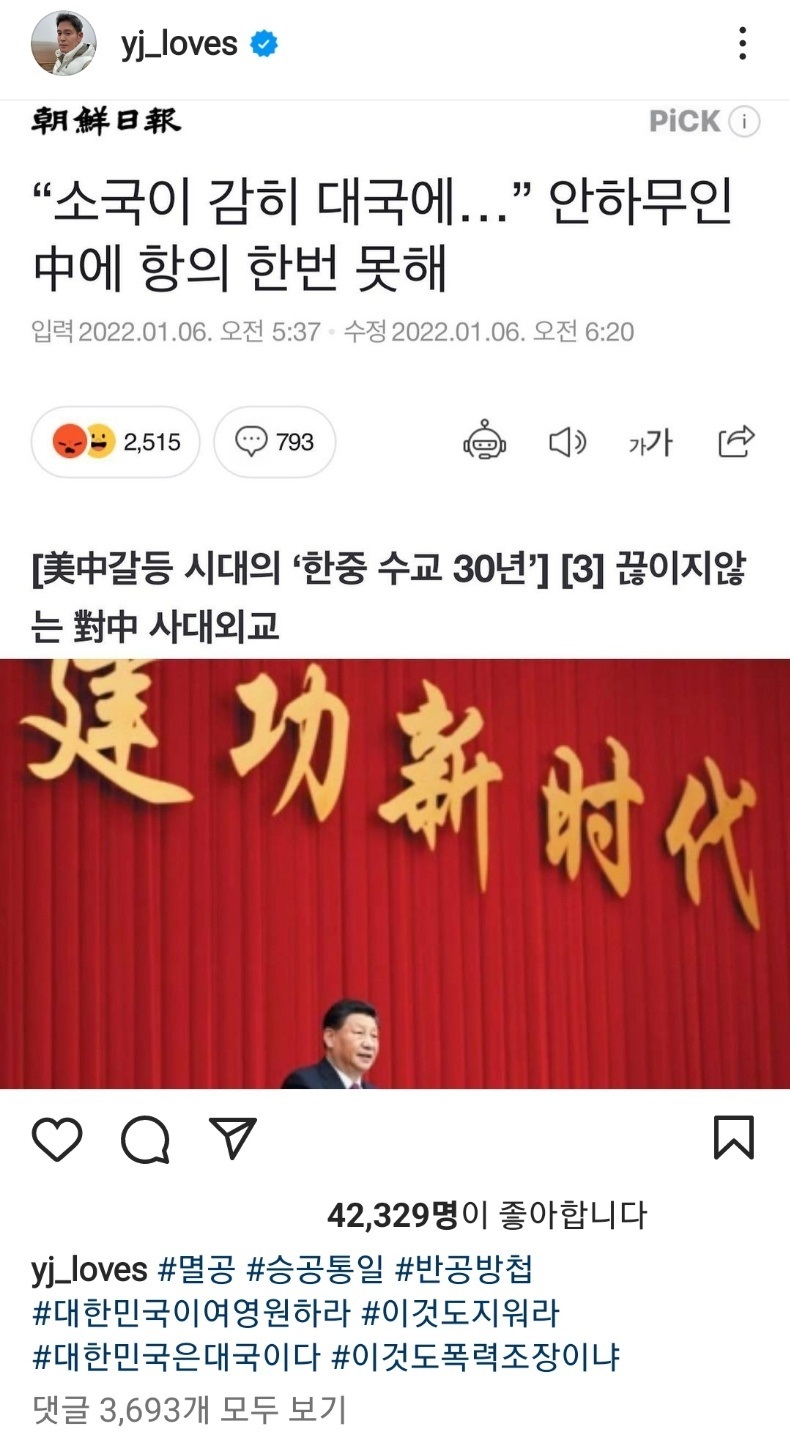 Recent ones give more clues and clarity. On Thursday, Chung uploaded a captured image of a story published by conservative daily newspaper Chosun Ilbo, titled “South Korea can’t dare to protest against China.”

The story criticized Korea’s incapability to stand against a slew of China’s diplomatic discourtesies, accusing the government of pro-China toadyism on the false hope that Beijing would play a decisive role in resolving North Korea’s denuclearization issues and fears of losing the largest trading partner.

Some have voiced concerns that his remarks on social media may cause damage to the business of retail giant Shinsegae Group in China.

The group, which holds 44 trillion won ($36.6 billion) in assets, operates a wide range of businesses, from duty-free stores to hypermarket chains.

Chung’s flagship business E-mart pulled out of the Chinese market in 2017 due to its sluggish business performance. But Chinese customers account for the lion’s share of the sales of Shinsegae Duty Free, which is led by Chung’s sister Yoo-kyung.