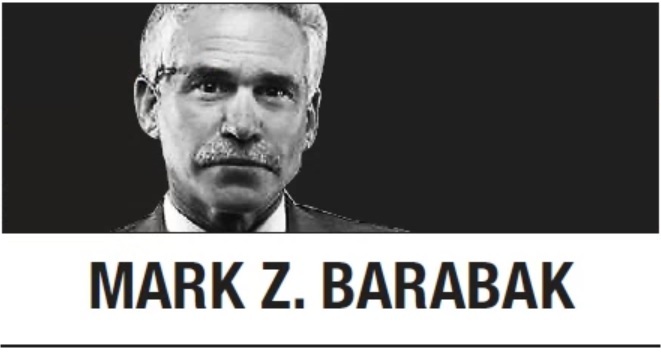 One of the giants of political journalism has decided to hang it up at age 88. But anyone who knows Lou Cannon doesn’t think for a moment his retirement means more time on the beach or romping on all fours with one of his seven great-grandkids.

Cannon has reached Chapter 23 of his memoirs, he said, and plans to write several more ahead of a self-imposed deadline a few months from now. Hence his departure from the professional news biz after more than 60 years of the day-in, day-out grind.

The book -- one of a shelf-load Cannon has produced -- promises quite the read.

He began covering then-California Gov. Ronald Reagan for the San Jose Mercury News after his 1966 election, then chronicled Reagan’s two terms in the White House for the Washington Post, establishing himself as the foremost warts-and-all authority on the nation’s 40th president. Even after five Reagan books, Cannon -- a man of unquenchable curiosity and outsize humility -- said there’s plenty left for others to explore.

“I don’t think I’ve done the last word,” he said. “There’s always more to learn and find out about people.”

Cannon and his wife, Mary, have lived in Summerland for more than 30 years, after Cannon discovered its quiet charms while covering Reagan during his frequent stays at the Western White House outside Santa Barbara. He left the Post in 2000, after 26 years on the national staff, including several as the paper’s West Coast bureau chief.

Cannon’s 1997 book, “Official Negligence: How Rodney King and the Riots Changed Los Angeles and the LAPD,” won praise as a definitive work on modern Los Angeles.

Since 2005, Cannon has written a weekly column on state government for the Sacramento-based State Net Capitol Journal, an online newsletter.

Days after filing his last dispatch, Cannon ambled in for lunch at a local institution, the Summerland Beach Cafe. The restaurant, housed in an 1893 Victorian, marks the arrival and departure from this tiny beach town as drivers whiz by on Highway 101.

Cannon wore a black newsboy cap, a green face mask and salmon-colored cable-knit sweater. The freeway traffic kept up a steady thrum, punctuated by the intermittent blare of a balky car alarm.

Cannon said he doesn’t wish to be one of those “old farts” prattling on about how much better things were in the old days, though he did allow as how politics has changed a great deal in the past several decades, and not for the good.

Reagan and other practitioners saw politics as a profession, he said, with certain protocols. There were vehement disagreements, even among those in the same party, but ideology and that whole business of “owning” the opposition, through taunts or outlandish stunts, was less important than getting things done.

“Politics was a shared experience for all of these people,” Cannon said. “With very few exceptions, they all had some dealings across the aisle. Many had friends who were the other party. Many of them had ... (home-state) interests” that transcended partisanship.

“I have a chapter in my memoirs where (Republican Sen. Bob) Dole and (Democratic Sen. George) McGovern worked together on food stamps.

”It wasn’t ‘Rebecca of Sunnybrook Farm,’“ -- all virtue and light -- but there ”was a built-in respect because the other person was in the same business you were in,“ Cannon said.

A waitress brought a side of pickles and the car alarm sounded.

Cannon has seen a great many changes in the news business, also to the detriment of our brittle republic.

The implosion and collapse of hundreds of newspapers. The loss of tens of thousands of journalism jobs. The rise of partisan news networks that serve as signal boosters, and sometimes propaganda arms, for the major parties and their most strident personalities.

But the core values of political reporting, Cannon said, endure.

Despite the ravages faced by the news industry, he remains optimistic.

”Everyone says it’s a dying industry, but there’s going to be a need for journalism in any conceivable scenario of our democracy,“ said Cannon, who would welcome any of his 14 grandchildren or great-grandchildren following his footprints.

”You’re going to do OK, if you do the basic things. Getting the facts right ... caring about what you do, caring about the people you cover. Those essentials are, to me, unchanged.“

Recently, friends and admirers gathered on a coast-to-coast Zoom call, one of those this-is-your-life assemblages, marking Cannon’s retirement -- though what “retire” actually means as he pushes past 88 1/2 was a running joke.

“In the Hall of Fame of political writers, you are Henry Aaron,” said Al Hunt, a longtime fixture of Beltway journalism.

After an hour-plus, and his humble thanks, Cannon seemed ready to wrap things up. There was still more to be written.