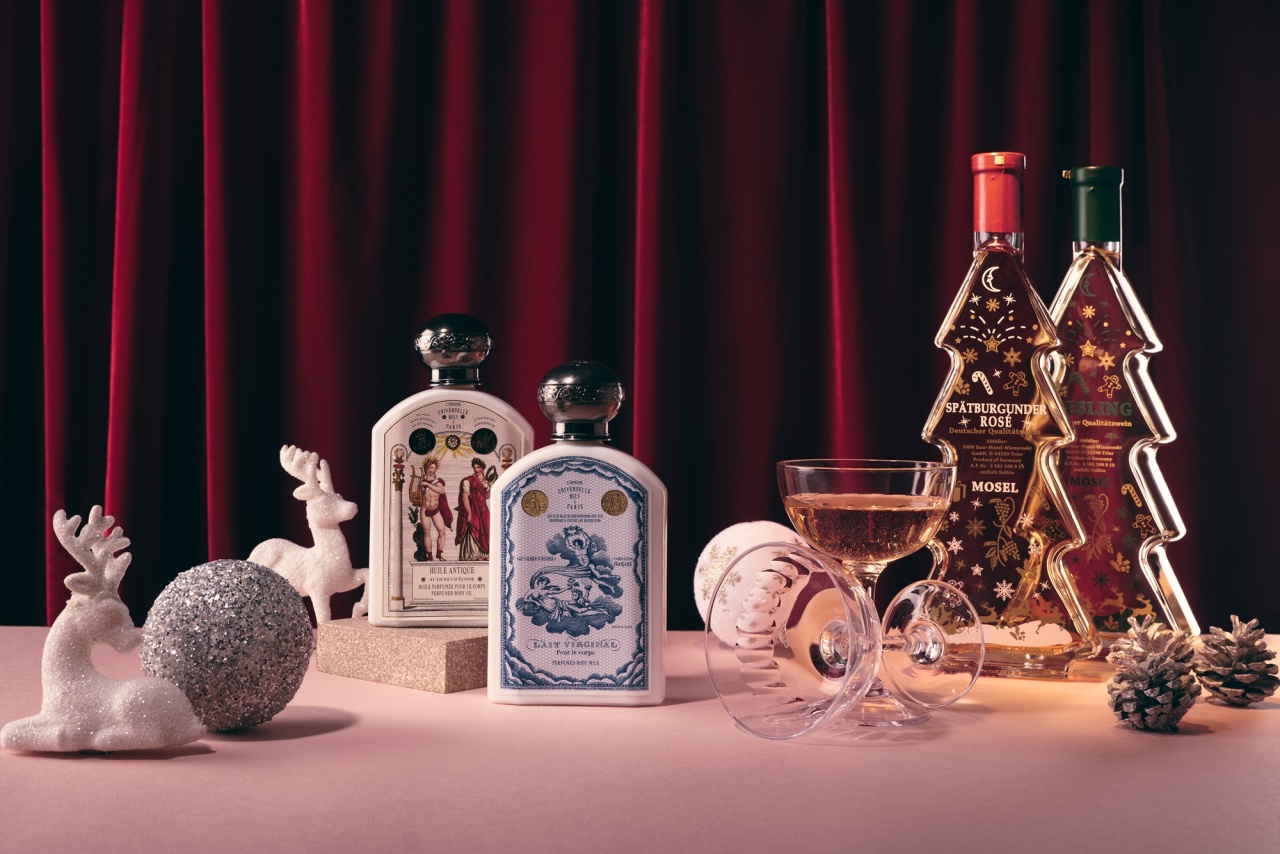 Grand InterContinental Seoul Parnas in Samseong-dong announced its plan to offer the Romantic Holiday Package, prepared especially for lovers in the Christmas and year-end season, until Dec. 31. A body oil and body lotion set worth 174,000 won from French haute couture beauty brand BULY 1803 is included as a Christmas gift. A complimentary bottle of Mosel Christmas wine for a year-end mood and a tin of cookies are also provided.
Guests staying in a deluxe room or junior suite are provided with breakfast for two at Grand Kitchen, and can access the 25-meter indoor swimming pool and the hotel’s top-quality fitness club. Rates start from 500,000 won. Reservations can be made at (02) 559-7777. 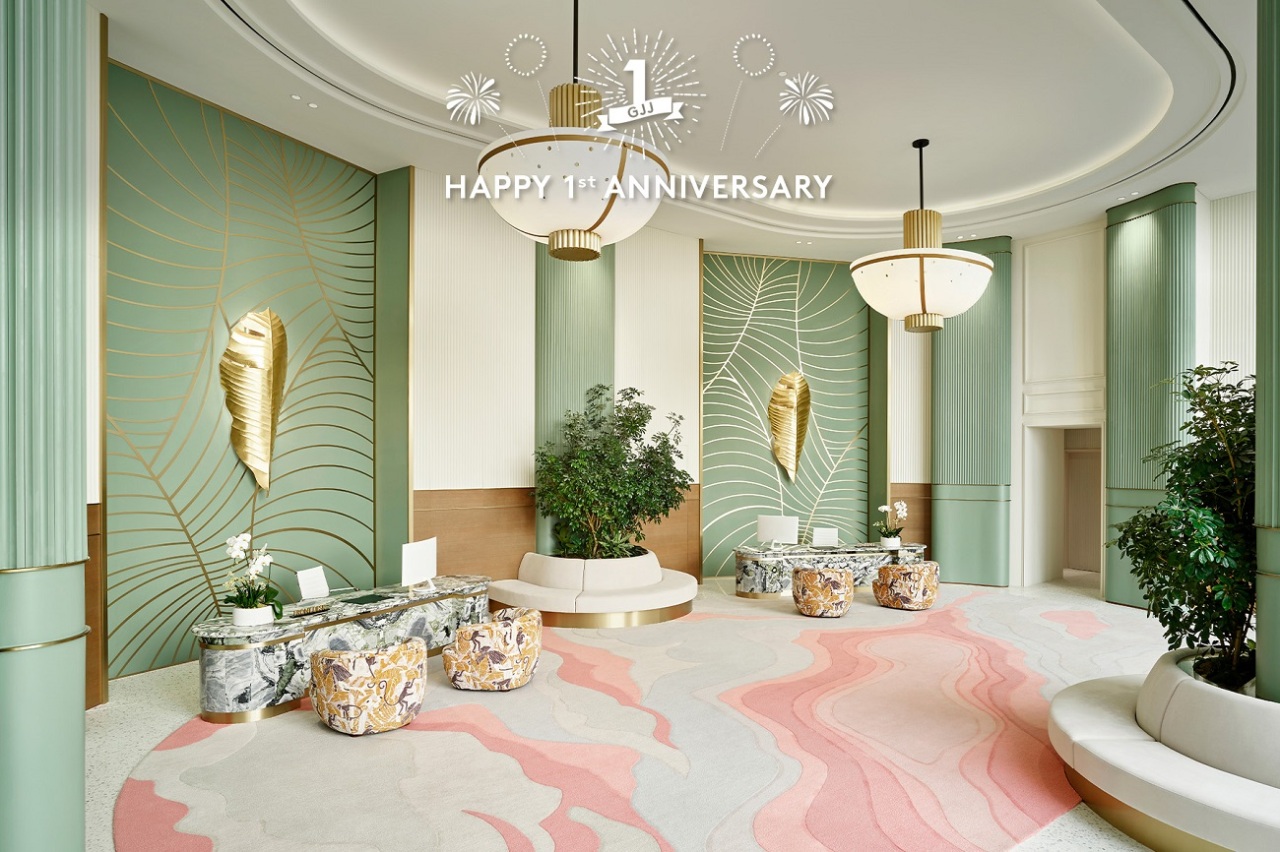 Grand Josun Jeju will be celebrating its first full year on Jan. 8, paying gratitude to guests with a variety of promotions and gifts.
To recall past moments spent with guests, “The First Note” package will be provided to the first 108 guests reserving rooms, including a breakfast voucher for two at the hotel’s buffet restaurant Aria, with over 130 different items. In addition, a food-and-beverage coupon worth 50,000 won will be given as complimentary gifts for use at any of the restaurants and bars located within Grand Josun Jeju. The hotel’s small souvenirs are given to guests during check-in. Packages start at 380,000 won, and suites are priced at 760,000 won.
For two days only from Jan. 8, Aria will be serving complimentary glasses of sparkling wine. For reservations, call (064) 738-6600. 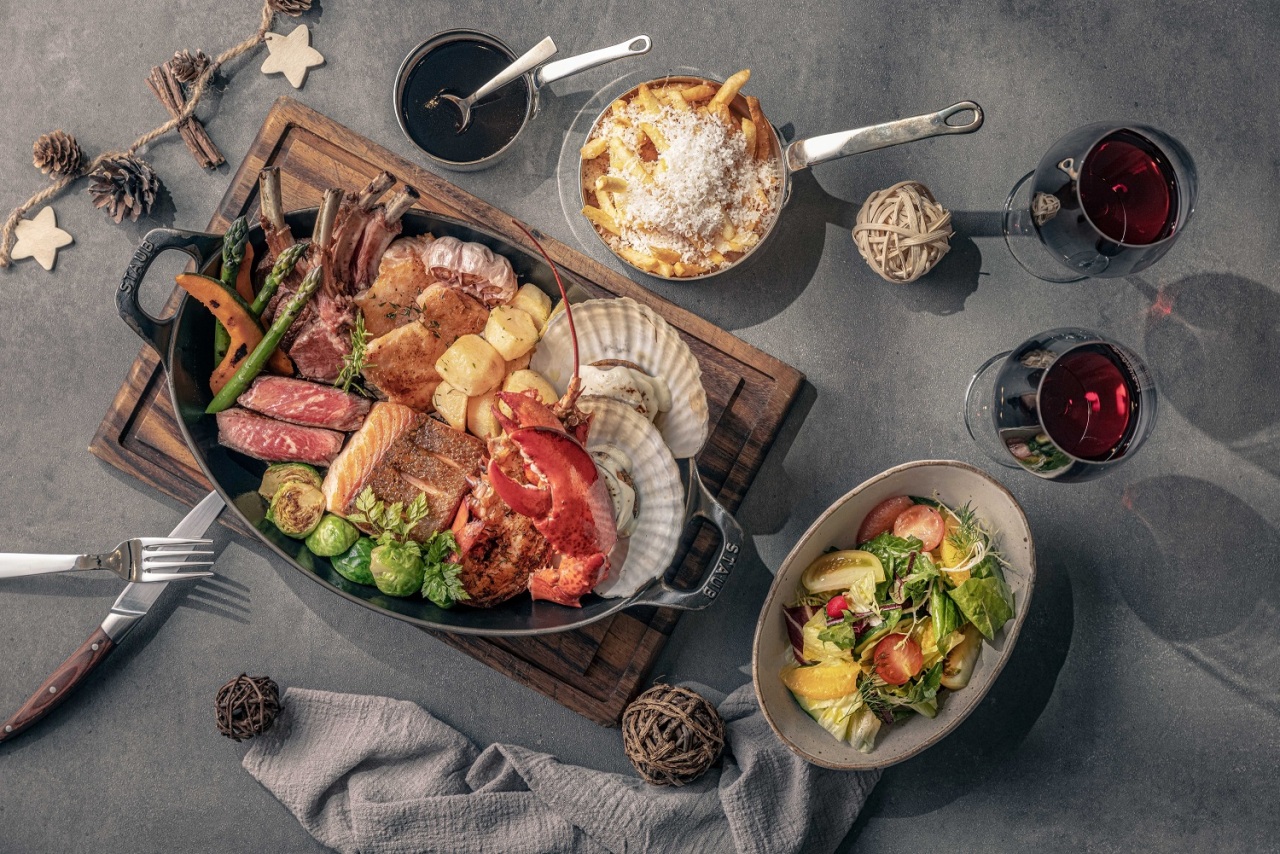 Park Hyatt Seoul presents “Winter at the Park,” a seasonal package only offered during the festive season.
With a night in one of the hotel‘s rooms, the package also features a bottle of wine and a private gourmet set while enjoying a panoramic city view through its floor-to-ceiling guest room windows. Use of the hotel swimming pool and fitness studio is included in the package. Guests booking through the Park Hyatt website or mobile app are offered additional gifts of Aesop hand wash and hand balm.
The package is available for stays until Feb. 28 next year. Standard rooms are priced at 425,000 won. Inquiries and reservations can be made at (02) 2016-1100 or via the hotel website at parkhyattseoul.com. 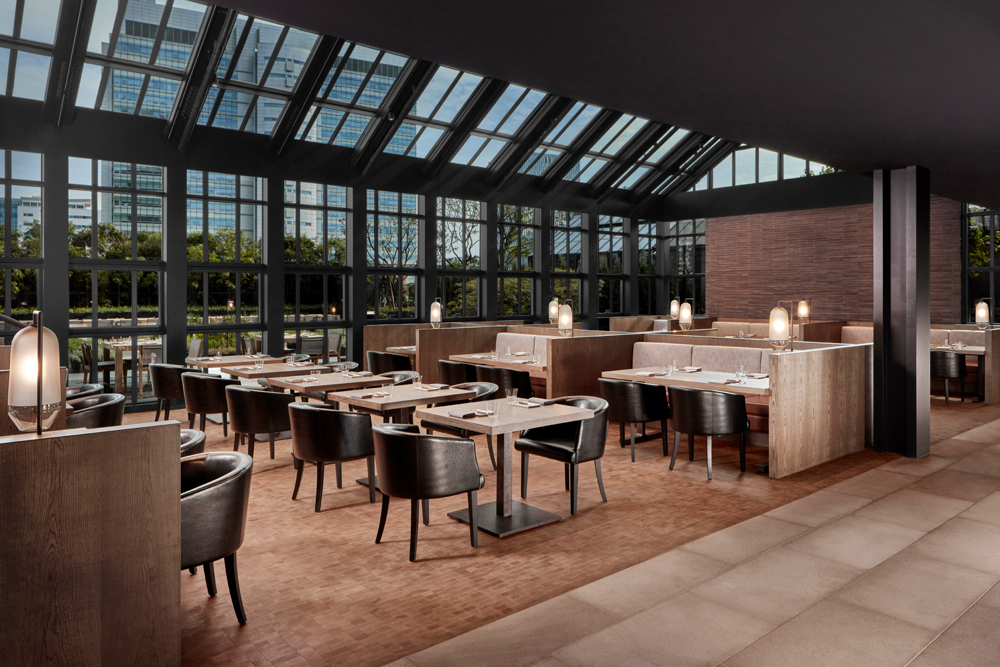 JW Marriott Hotel wants to ‘Treat You and Your Loved One’

The Margaux Grill at JW Marriott Hotel Seoul presents its “Treat You and Your Loved One” seasonal Christmas menu, only on Dec. 24, 25 and 31.
The main dish for the six-course festive menu is super prime grilled sirloin, matured according to the Margaux Grill’s proprietary house aging method, served with a choice of lobster or super-prime tenderloin. The meal is accompanied by two glasses of wine proposed by the restaurant’s own sommelier, and strawberry chocolate mirror cake for dessert.
The five-course lunch menu is priced at 110,000 won per person, while dinner is 200,000 won. Reservations can be made at (02) 6282-6267. 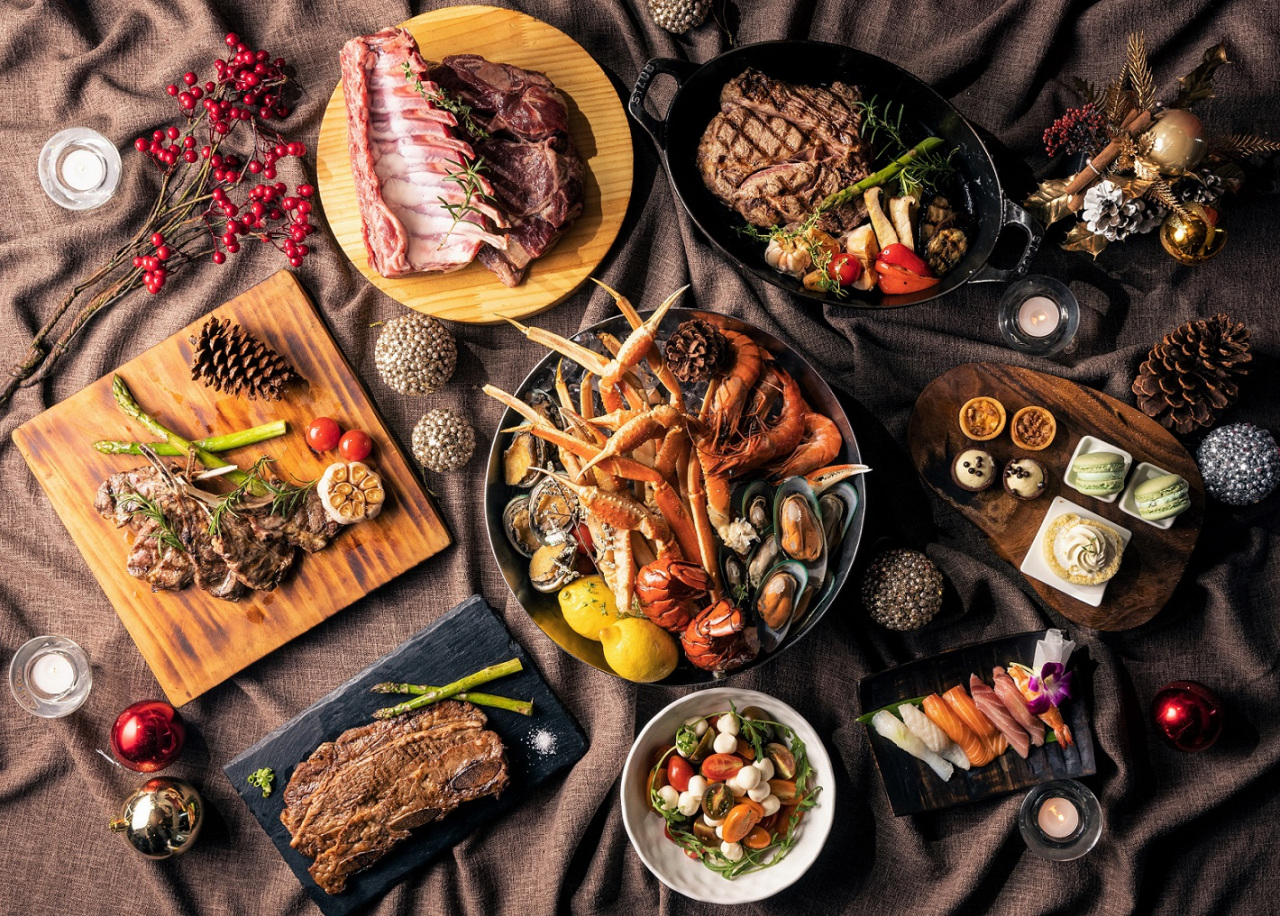 An end-of-the-year seafood special dining promotion is on offer at the buffet restaurant of the Sheraton Grand Incheon Hotel.
Grilled lobster with butter, grilled abalone, oysters, snow crabs and prawns will be provided. The steak session cooks Jeju Island’s special tomahawk barbecue, along with a selection of lamp chops and ribeye steaks.
In addition to the Jeju specials, the promotion includes a representation of international cuisines, including Chinese, Japanese and Southeast Asian.
On Dec. 24, 25 and 31, grilled turkey and Beef Wellington will also be served
The promotion continues through the end of December. Lunch is priced from 79,000 won, with dinner at 89,000 won. For inquiries, call (032) 853-1710.