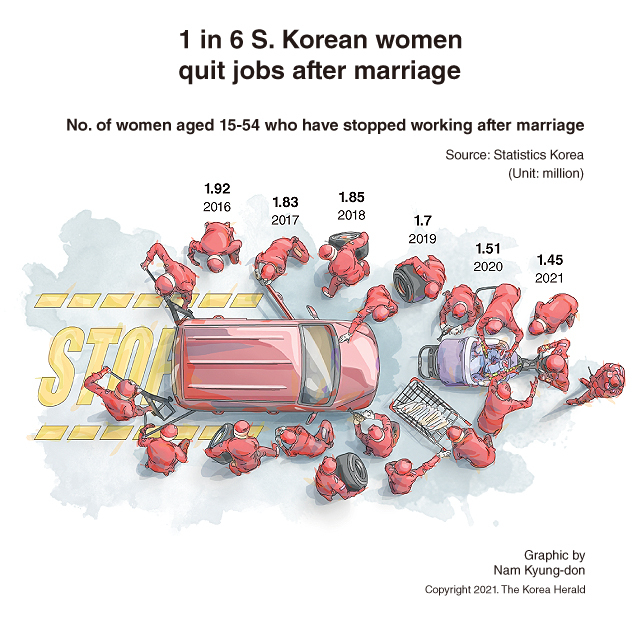 More than 1 in 6 South Korean married women suffered a career break this year, quitting their jobs due to child rearing and getting married, data showed.

The number of women aged 15-54 who have stopped working after marriage reached 1.45 million in April, down 3.8 percent, or 57,000, from the previous year, according to data from Statistics Korea.

These women accounted for 17.4 percent of the total 8.32 million married women here, down from 17.6 percent a year earlier.

The 2021 tally was lower than an on-year decline of 193,000 the previous year. But the number of such women has been on a sustained decline in line with a fall in new marriages, according to the statistics agency.

South Korea has been struggling with a chronic decline in childbirths as many young people are opting to distance themselves from life’s three major milestones - dating, marriage and having children - as they cannot find decent jobs amid a prolonged economic slowdown and skyrocketing housing prices. (Yonhap)