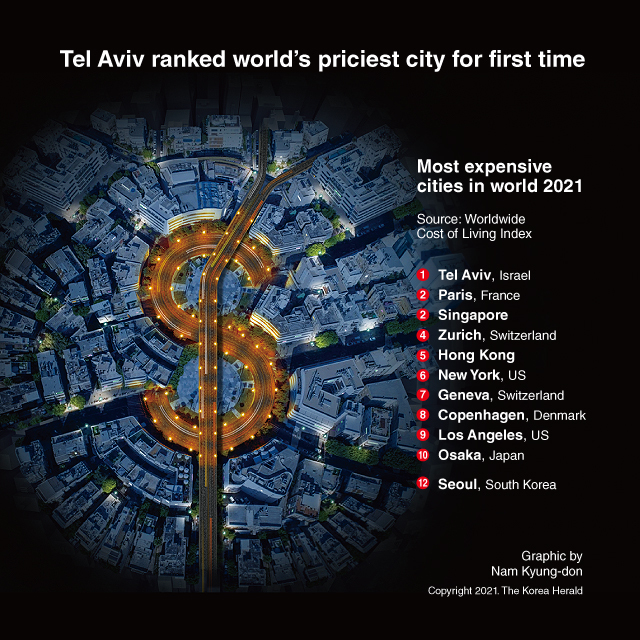 Tel Aviv is the world’s most expensive city to live in, as soaring inflation has pushed up living costs globally, according to a survey.

The Israeli city climbed five rungs to top the list for the first time in the authoritative ranking compiled by the Economist Intelligence Unit.

The Worldwide Cost of Living Index is compiled by comparing prices in US dollars for goods and services in 173 cities.

Tel Aviv climbed the rankings partly due to the strength of the national currency, the shekel, against the dollar, as well increases in prices for transport and groceries.

Paris and Singapore came in jointly at second, followed by Zurich and Hong Kong. Seoul ranked as the 12th most expensive city in the world. (AFP)