[Graphic News] No. of Koreans with assets over W1b climbs 10% 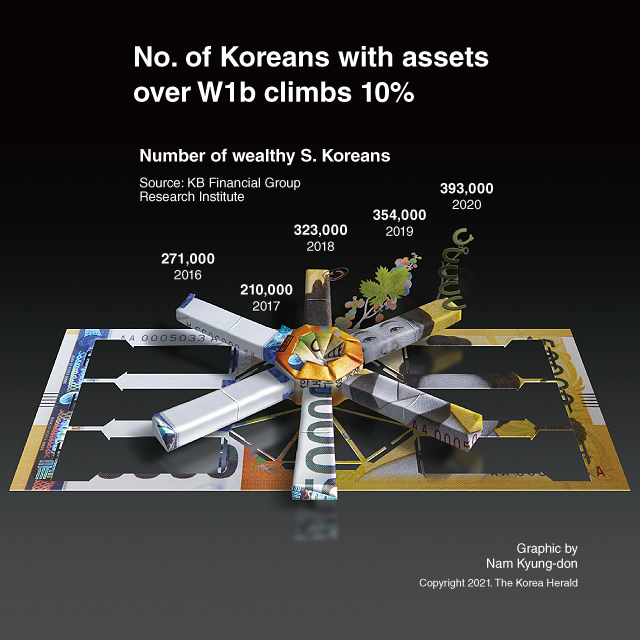 Amid liquidity-driven booms in the real estate and stock markets during the COVID-19 pandemic, the number of people with assets of more than 1 billion won ($838,000) increased by over 10 percent last year from a year earlier, a report showed.

The number of Koreans with financial assets worth over 1 billion won stood at 390,000 last year, taking up 0.76 percent of the total population, according to the Korea Wealth Report 2021 released by KB Financial Group Research Institute.