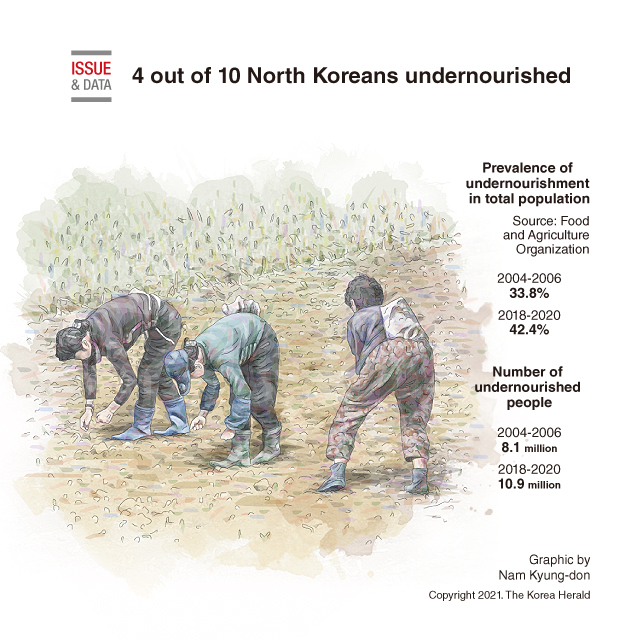 More than 4 out of 10 North Koreans are suffering from undernourishment, a recent UN report showed, as the impoverished country struggles from chronic food shortages.

According to the report from the Food and Agriculture Organization, 10.9 million people, or 42.4 percent of North Korea’s total population, were estimated to have been undernourished between 2018 and 2020.

North Korea has suffered chronic food shortages that have been apparently aggravated in recent years due to typhoons, flooding and other abnormal weather events, according to multiple reports and sources. (Yonhap)