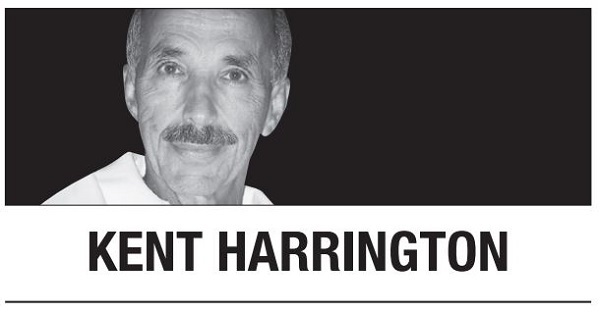 Nearly three years after his failed bromance with Donald Trump, North Korean dictator Kim Jong-un is once again angling for US attention. North Korea has tested a new, high-tech missile and hinted that it may agree to restart talks with South Korea, where President Moon Jae-in desperately wants to resuscitate his moribund outreach to the North. But if Kim is expecting a positive reaction from US President Joe Biden, he shouldn’t hold his breath. With issues like China and the rebuilding of US alliances topping Biden’s agenda, overtures to Kim are unlikely.

Kim’s dog-eared script is not helping his cause. The latest drama has unfolded all too predictably. In Act One, Kim Yo-jong, Kim’s sister and the North’s spokesperson on North-South affairs, averred that the regime might be interested in discussing a peace treaty with South Korea -- an idea that Moon himself had proposed in September. She hastened to add, however, that South Korea will have to distance itself from US demands for nuclear disarmament and end joint military exercises with US forces.

The predictable saber-rattling came a few days later, in Act Two. Following the announcement that the regime had launched a new hypersonic missile and carried out a half-dozen other tests, Kim took to the podium (with his missilery in the background) to tout the North’s “world class defense capability.” Although the Biden administration had sent “signals that it is not hostile,” he declared that the North has “no reason to believe it.” By challenging US credibility, Kim was all but asking the United States to respond, ideally by following its Korean ally’s lead and publicly throwing a bone his way.

But the newly slimmed-down Kim isn’t the only one reusing an old script. Moon’s offer to negotiate a peace treaty as a prelude to nuclear negotiations has been a perennial feature of North-South talks. As if following Kim Yo-jong’s cue, Moon’s Democratic Party of Korea followers duly played their part by calling for a suspension of military exercises and other preconditions for negotiations.

Yet, in seizing on the prospect of new nuclear talks, the political leadership in Seoul seems to have already forgotten what Kim said at North Korea’s Eighth Party Congress in January: “We must develop tactical nuclear weapons that can be applied in different means in the modern war (sic)… and continue to push ahead with the production of super-large nuclear warheads.”

As always, North Korea’s blandishments and bluster are geared toward only one goal: to loosen the vice of nuclear-related economic sanctions. Despite making economic development his domestic priority five years ago, Kim has failed to improve basic living conditions in the country. Battered by floods, food shortages, and a pandemic-induced lockdown, his initiatives -- market-based reforms, decentralized decision-making and more social investment -- have stalled, tanking trade and economic growth. Kim acknowledged as much at the party congress in January, emphasizing the need for “self-reliance” and explicitly sidelining reform.

Unfortunately for Kim, there is a new audience in the White House, and it is far tougher than the incumbents in Seoul. Speaking before a joint session of Congress in April, Biden made clear that Kim should not expect the kind of pre-emptive concessions that Trump offered at the summits in Singapore in 2018 and Hanoi in 2019. According to Biden, the US is prepared to talk anytime without preconditions about the peninsula’s denuclearization, but there will be no mano-a-mano deal-making. As Biden’s press secretary explained after his speech, “We have and will continue to consult with the Republic of Korea, Japan, and other allies at every step along the way.”

Biden’s priorities in Asia pose a big problem for Kim. In early October, CIA Director William Burns announced the creation of a new China Mission Center and then disclosed that the agency’s North Korea mission center will be shut down. Although countries like North Korea and Iran will remain priorities, that work will be absorbed into the agency’s regional divisions. According to a State Department official, US intelligence agencies “will continue to remain in close consultation and coordination with our South Korean allies on issues of mutual concern,” especially North Korea.

For Kim, the implications of this reorganization are obvious. While Trump was willing to backhand longstanding US allies for the sake of his summitry theater, Biden insists on working closely with America’s partners. The consequences of this change are already apparent across the region. In South Korea, conservative politicians campaigning for next year’s presidential election are calling for greater pressure on the North and to repair ties with Japan, which have become badly frayed under Moon.

Similarly, in his first conversation with Biden as Japan’s newly installed prime minister, Fumio Kishida emphasized the importance of allied cooperation. Reportedly singling out the threat from a nuclear-armed North Korea, he highlighted Japan’s need for stronger missile and naval defenses.

Biden’s overarching focus on China, North Korea’s sole ally and source of economic support, also does not bode well for Kim. To be sure, the North Koreans have probably concluded, correctly, that a more fractious US-China relationship will make China less likely to twist their arms on the nuclear issue. Given today’s tensions, it is highly unlikely that China would do the US any more favors in this regard.

But Chinese help with the North Korean nuclear issue has only ever been intermittent at best. Because China does not want Korean refugees flooding over its border or a US ally in control of the entire Korean Peninsula, it still has an interest in limiting Kim’s provocations.

In any case, having China in his corner is probably the best that Kim can hope for in the next act of the drama. By bolstering US allies and deepening mutual cooperation, America’s strategic commitment to Asia not only represents a bulwark against China’s own military ambitions; it also changes the balance of forces surrounding the Korean Peninsula. Australia’s investment in nuclear submarines and enhanced alliance relations with the US and the United Kingdom represent future capabilities that can focus on Pyongyang. And Kishida’s Liberal Democrats back a boost in Japan’s defense spending to 2 percent of GDP.

For its part, Pyongyang would do well to consider these and other forthcoming strategic changes affecting the Korean Peninsula. America’s Asian partners, with their strong economies, world-class technology, and modern defense forces, are well prepared for the 21st century. Time is not on Kim’s side.