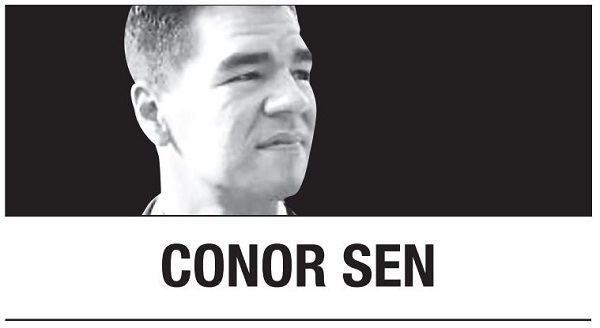 As the automobile industry evolves toward an electric future, incentives will be a big driver of the transition -- not just potential tax credits to accelerate demand, but investor behavior that helps shift automakers’ priorities.

Manufacturers are going to try to ramp up spending on future electric models while maintaining profit at a level acceptable to their shareholders. That will inevitably lead to fewer dollars spent on their gasoline-powered models, and eventually product stagnation in that segment. Businesses can have a dominant market share but still be starved of capital when they’re seen to be in secular decline. Just look at the list of brick-and-mortar retailers that have traded at distressed valuations despite sizable revenue bases.

Retailer Toys R Us is a good example of how secular decline affects investor behavior. Revenues stagnated as competition grew from e-commerce companies such as Amazon and larger, more diversified stores such as Walmart and Target. The valuation of Toys R Us declined, making the stock compelling to opportunistic investors like private equity firms. But after one of those investors took control, the focus shifted to cost-cutting and taking on debt to milk the company for whatever profit could be harvested before its decline accelerated.

By failing to invest in the future of the business, the decline happened faster than it might have otherwise. The ending might have been the same either way, but profit generation in a declining industry tends to bring about a different kind of investor behavior than when there’s more hope for the future. We’ve seen this recently with activist investors pushing oil and natural gas companies to focus on near-term profits rather than invest in developing new wells.

That brings us to Ford Motor, which reported earnings last week and gave an update on its Ford+ plan that aims to usher the company into its electric future. Out of $40 billion to $45 billion in capital spending planned between 2020 and 2025, one-third is earmarked for electric vehicles, a percentage that probably will continue to grow.

Meanwhile, Ford has a company goal of achieving an 8 percent adjusted earnings before interest and taxes margin in 2023. In other words, they believe they can walk and chew gum at the same time, boosting investment in an electric future while delivering acceptable profit margins to investors. But how?

It starts by shifting production of gasoline-powered vehicles from lower-margin sedans to higher-margin trucks and SUVs like the revamped Ford Bronco, a shift that’s been underway for some time. That sounds great for now -- the billions of dollars needed to develop and produce current models was already spent over the past several years. But will automakers continue investing billions of dollars in internal combustion engine vehicles that they expect to lose market share and sales in the years to come?

That’s why it was noteworthy that Ford CEO Jim Farley talked about running the gasoline-vehicle business “for cash” in last week’s earnings call. Automakers are probably hoping that the billions of dollars previously invested in vehicle development is enough to power profits in the segment over the next several years, even if the resources put into those vehicles shrink as companies and customers shift their focus to electric vehicles.

Eventually, maybe toward the end of the decade, electric vehicles will become the new profit center as sales from older gasoline models fade away. Remember how Netflix funded its new streaming business with profit from its old DVD-by-mail business?

If Tesla investors are any indication, it might not be long before the stocks of companies like Ford and General Motors are evaluated almost entirely on their progress with electric. We’ve seen this sort of thing happen with Disney’s stock responding more to Disney+ subscriber numbers than its legacy businesses.

Once that investor shift happens, it’s going to be tempting to keep moving resources to electric vehicle development even if it shortchanges the core money-making side of the business. We’re already seeing signs it’s in progress: Investors have rewarded Ford’s electric plan with a two-month stock rally, and after Hertz Global Holdings saw its stock jump after it said it would buy 100,000 cars from Tesla, Avis Budget Group shares soared 108 percent Tuesday to the highest level ever just on the CEO’s promise to play a big role in the adoption of electric vehicles.

This has been an exciting year with automakers fully committing to move major investment dollars to electric vehicles, with aggressive goals for future production and sales. But even they might not appreciate the extent to which investors are going to push them to accelerate their timelines, even if it means starving the business lines that currently provide the bulk of their profits.


By Conor Sen
Conor Sen is a Bloomberg Opinion columnist and the founder of Peachtree Creek Investments. -- Ed.