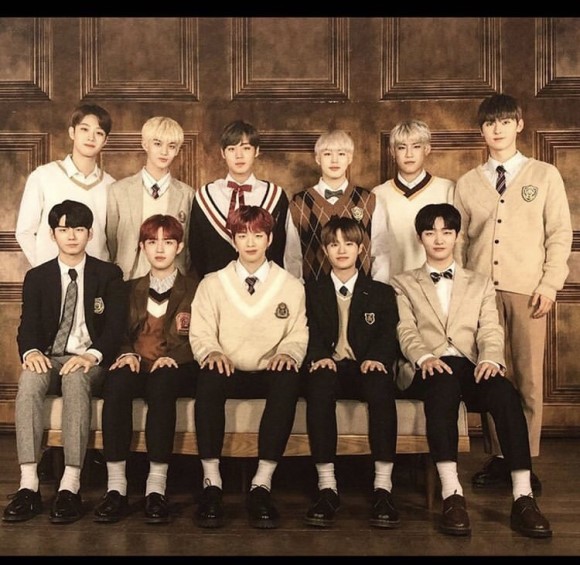 There have been talks about disbanded boy band Wanna One reuniting, according to local media reports on Wednesday.

Following the reports, CJ ENM confirmed that it is discussing a range of plans, including an appearance at the Mnet Asian Music Awards, a concert and an album, which would include every member of the group.

The project group was formed on the second season of audition program “Produce 101” in 2017 and officially disbanded after approximately 1 1/2 years together. During the period, it sold over combined 1 million copies of two albums and toured as many as 14 cities around the world and put on 20 live shows.

All of the group’s former members, including Kang Daniel, Park Jihoon, Ong Seongwu, Ha Sungwoon and Hwang Minhyun, are active either as a solo musicians or as members of a band. Some, according to reports, already agreed that they would like to participate.

The last time the band performed live was in January 2019.

It has been about a year since its digital single “Cheese.” The band has since returned as a quartet, after a member left in September, and changed its management firm.

The goal is not to let fans feel the changes or absence, said leader Soyeon.

“I’ve been dreaming of this moment for months,” she said.

The album title highlights that the four are blossoming like flowers, explained Jinye. Each member participated in writing the songs, in an effort to create music that is familiar and easy to listen to, according to Solbin.

Focus track “Kiss Kiss” is like a love letter, which expresses how love can be soft like scattering flower petals and also powerful like heavy summer rain, said Soyeon who co-wrote the lyrics.

“I like the part, ‘Fear also makes my heart beat faster,’” said Soyeon, adding that it slightly resembles their own situation.

Jung Yonghwa of CNBlue will fill up the stage with an orchestra for a solo concert on Nov. 25, said his agency FNC Entertainment Wednesday.

The main vocalist of the band will demonstrate his explosive singing skills and refined tone that will be further enhanced by a grand and sophisticated performance of Millennium Symphony Orchestra, added the firm.

The concert, titled “Wonderful Singer: Jung Yonghwa,” will be held in southern Seoul on Nov. 25. It will be the first time he will perform in front of fans since the outbreak of COVID-19.

Separately, Jung has been cast as the male lead, a globally-recognized Korean star, in a drama adaptation of a webtoon. He has appeared in a series of television dramas since 2009.

Meanwhile, the band returned after an 11-month hiatus with its ninth EP “Wanted” on Oct. 20. Jung wrote the lyrics and melody of title track “Love Cut.”

Victon will hold a fan meet event to celebrate the fifth anniversary of its debut, announced agency PlayM Entertainment on Wednesday.