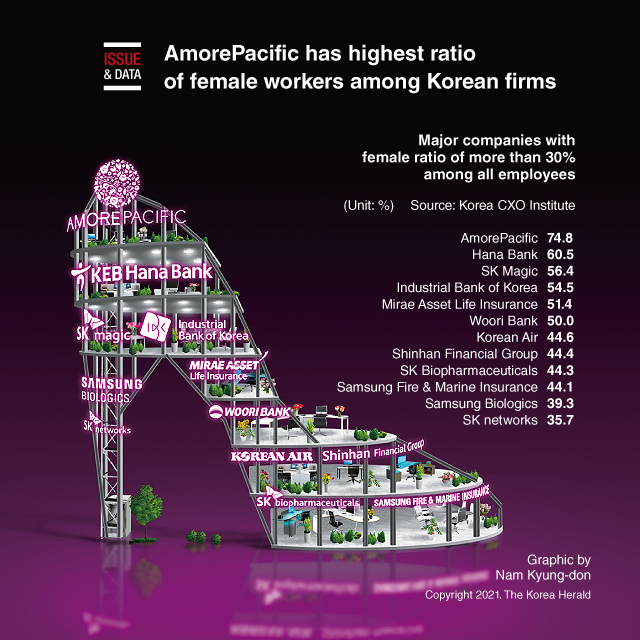 AmorePacific had 8,117 female workers as of the end of December last year, which accounted for 74.8 percent of its total workforce at 10,800, according to Korea CXO Institute.

The institute attributed AmorePacific’s high percentage to its business catering mainly to women.