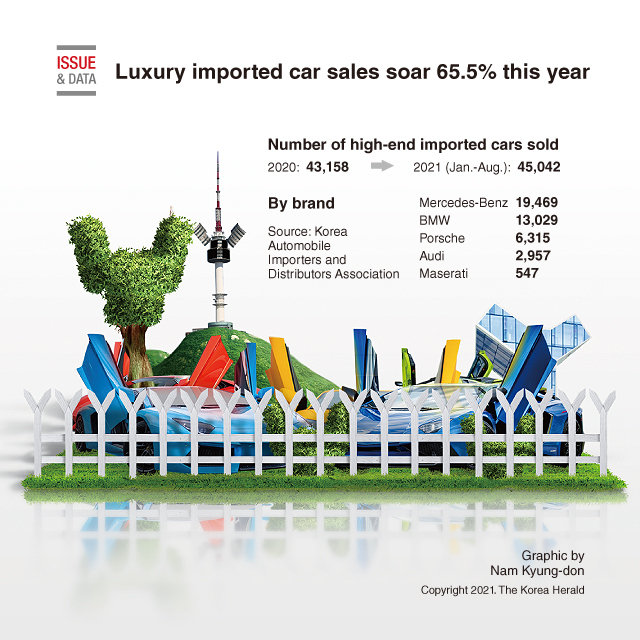 Sales of high-end imported cars spiked nearly 66 percent in the first eight months of the year amid the popularity of big-ticket eco-friendly models among local motorists and a post-lockdown shopping spree, industry data showed.

A total of 45,042 imported vehicles with price tags of 100 million won ($85,700) or higher were sold in South Korea in the January-August period, up 65.5 percent from a year earlier, according to the data from the Korea Automobile Importers and Distributors Association.

The figure was above the full-year sales number of 43,158 units for 2020, which was a record high. The tally accounted for 23.2 percent of all imported vehicle sales during the eight-month period, up 7.2 percentage points from a year earlier.

By brand, Mercedes-Benz was the top seller of high-priced vehicles with 19,469 units followed by BMW, Porsche and Audi. (Yonhap)