The two struck poses under the theme. The images carry on the narrative that weaves through their previous singles -- “Black Mamba” and “Next Level” -- and depict them in hallucinations induced by a Black Mamba that threatens the world and keeps the members of the group from connecting with their avatars.

The photographs are part of the teaser contents for the four-piece act’s first physical album “Savage” that will be released on Oct. 5. The EP will consist of six tracks. 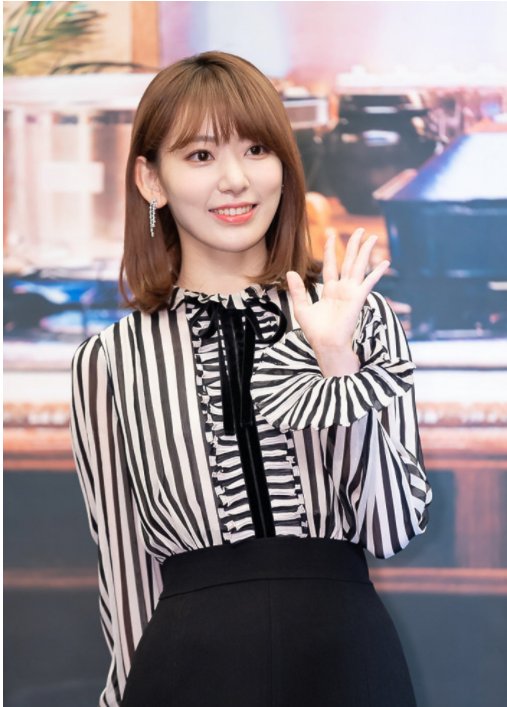 Miyawaki Sakura of now-disbanded IZ*ONE tied up her contract with Source Music, a Hybe label, according to local media reports Thursday.

The deal has been ongoing since the first half of this year but negotiations over rights of image and trademark in Japan prolonged the talks.

She will be part of  a girl group that is said to consist of six members.

Former bandmate Kim Chaewon who reportedly moved to the label last month as well as Heo Yoonjin, a trainee who participated in “Produce 48,” the survival audition program that formed IZ*ONE, are expected to join. Kim’s profile on Woollim Entertainment was deleted earlier this month while local media reports insisted that Heo will leave Pledis Entertainment and follow them soon.

Hybe, however, did not confirm the reports about all three yet, saying that it cannot substantiate the content regarding contracts with artists and asking for understanding.

Speculations are rife that Kim Minju, also from IZ*ONE, is sought after as another member.

Lisa of Blackpink had racked up more than 60 million followers on her official Instagram account as of Thursday.

Earlier this week, the idol hit No. 84 on Billboard’s Hot 100 with her solo debut song “LaLisa.” This is the second highest spot for a K-pop female solo musician, only bested by her bandmate Rose whose “On The Ground” reached No. 70.

The song claimed No. 6 on Billboard’s digital song sales chart and No. 2 on Billboard Global. It also topped iTunes top songs chart in 72 regions and the music video logged 73.6 million views on YouTube on the first day of release, a world record for a solo artist.

In the four photos for “Suddenly (Duet with Song Heejin),” he is relaxed and content, listening to music nestled on a sofa or cuddling a puppy. He co-wrote the melody and lyrics of the song that plainly talks about what he feels and thinks in everyday life, looking back at the memories and experiences that make him who he is now.

He is the drummer of DAY6 and will be the second member to come out with solo music, following Young K who put out his solo debut album “Eternal” on Sept. 6.

The single will be released on Sept. 27.