[Serendipity] Getting together, finally 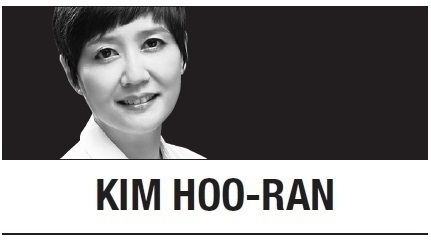 When I heard a friend who is a few years older say that she missed the chaos of the kitchen before “jesa,” or ancestral rite, I was incredulous.

She described how the women of her family would line the kitchen floor with layers of old newspaper to prevent the cooking oil from splattering and set up an electric griddle on top of it. “I miss the sound of sizzling jeon and the smell of cooking oil that wafted through the house,” she said. The kitchen countertop was not large enough so most of the food preparation was done on the floor, she said. “We would talk about anything and everything, flipping jeon,” she said.

When she married into a Christian family, it was a culture shock: No more ancestral rites! “It feels strange. I miss the good old days,” she said. “It was fun,” she said. I could not imagine cooking up a storm being “fun.”

I was a young wife, back then. I did not enjoy cooking huge meals for the large extended family that would descend on our house for the big family breakfast on New Year’s Day and Chuseok. How could it be fun when you were up until after midnight preparing food and had to get up at the crack of dawn to set the tables? When you can’t really sit down with the rest of the family because the soup needs to be served and galbijjim has to be brought out, just off the stove, it really isn’t fun.

Over the years, the number of relatives who come over has dwindled and I have instituted some changes: It is now only close relatives that gather and we get together around 11 a.m. The biggest change is that the cooking is shared – we split the menu between the families. Dishwashing has been relegated to the grown-up children. We can now actually sit down together and catch up with the latest news in the family. It is actually something I look forward to. I now know what my friend had meant all those years ago.

The past two Lunar New Year’s Day and Chuseok holidays could not be celebrated together as COVID-19 raged on. At first, it felt as if a heavy burden had been lifted off my shoulders. Indeed, cooking for just my family of four and mother-in-law was a cinch, despite clinging on to the old menu of many, many dishes – enough to break the table legs, as is said in a common Korean expression – over my children’s protests. “Keep it simple,” they insisted.

We are all creatures of habit, I suppose. After the last skipped New Year’s Day get-together, I began to feel anxious. It felt like a dereliction of duty. After all, one of my roles in the family is cooking and gathering people together. Although the government was banning family gatherings, I felt guilty for using the ban as an excuse.

So it was with some relief that I heard the news about the latest gathering rules for this Chuseok. I will be able to have other family members over for a big meal. I actually found myself excited about meeting my extended family. I have not seen them for so long.

I have vowed to keep things simple – fewer dishes and a lesser amount of food. No more packing the Tupperware with leftovers that we will be stuck eating for days to come. But then I recall my nieces getting second servings of galbijjim. That always made me happy.

I am still debating whether I will really keep things easy this Chuseok, opting for the simpler grilled galbi over the more elaborate, time-consuming galbijjim. When I recall my nieces’ faces as they dug into galbijjim, I am conflicted.

I never thought the day would come when I would look forward to serving a big formal meal. Maybe I have grown up a little and learned to appreciate the occasions. Or maybe I delude myself. Maybe I have come to romanticize it, not having prepared such meals for more than a year. After all, it is hard work preparing the traditional Chuseok meal.

I will know for certain how I feel when that day comes around.

Kim Hoo-ran is the culture desk editor at The Korea Herald. -- Ed