Walking through gateway to Korea: Incheon 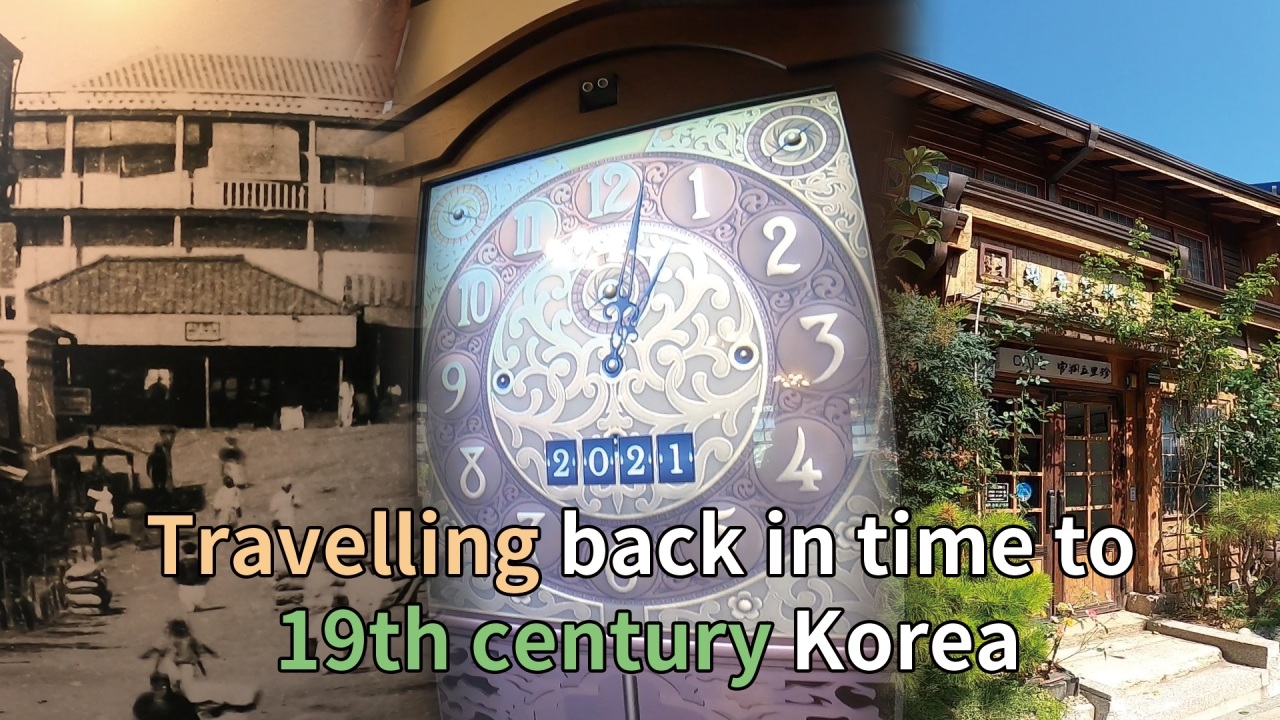 For first-timers to Korea, Incheon might simply be thought of as an airport city. For those often on business trips to Korea, the city might be associated with Songdo, a rising global business district of high-tech skyscrapers.

Aside from the images commonly pictured today, however, the city of Incheon boasts vibrant historical stories along with scenic beauties preserved in the once booming old town districts.

For the fall season, the Korea Tourism Organization selected six different walking paths in Incheon, ranging from 2.6 kilometers to 5 kilometers in total length. In creating the walking courses, the travel organization took into consideration the needs of solo travelers who wish to avoid the crowds.

A 2.6-kilometer course, taking about 45 minutes to complete, begins at Incheon Station. Designed with the theme of “Open Port and Modernization,” the course takes travelers from the first train stop and the birthplace of national rail company Korail to Korea’s first hotel and coffeehouse, the birthplace of everyone’s favorite noodle dish jjajangmyeon and jjolmyeon, to the first stadiums where soccer and baseball games were played here.

The 15 locations presented along this course can be whittled down to five top spots.

Sixty-eight minutes from Seoul Station, Incheon Station stands as a historical transportation hub in full operation to this day. In an effort to protect the right to construct the Gyeongin Railway against the Japanese, the Joseon government granted the station to an American named J.R. Morse in 1896 before the station was officially opened, on condition that the government would retrieve it 15 years later.

However, due to a lack of funding, railway construction rights were yielded to the Japan Gyeongin Railroad Acquisition Association and the railway was completed by Japan, eventually opening in 1899.

When the station was destroyed during the Korean War, a makeshift building was used until the current station was opened in September 1960.

Of the many things that Incheon Station gave rise to, Chinatown stands as a unique and enduring legacy. Formed by Chinese merchants who landed in Incheon near the end of the Joseon era, the unique town starts across from the station.

At 10 a.m. on Tuesday, the streets of Chinatown were nearly empty, with only a few passersby. However, snack and beverage shops were open and restaurants were busy getting ready to serve lunch. Sounds of youngsters reading school books out loud and chatting came from a Korean Chinese preschool in the neighborhood.

A few minutes up the road is a steep vertical stone step path. They are the Cheongil Settlement Boundary Stairs, otherwise known as the Border Stairs between Chinese and Japanese Settlements.

After the opening of the Incheon Port, Japan established settlements in Korea in 1883, and Qing China a year later, in 1884. From the foot of the stairs, Chinese-style buildings and markets can be seen on the left side, with Japanese architecture on the right. The decorations and shapes of the stone lanterns lining the stairs vary on the two sides and a statue of Confucius can be seen while walking up toward the top. Once you have reached the top, spend some time to enjoy the panoramic view of the port.

A block away from the Japanese settlement side of the stairs lies Daebul Hotel, Korea’s first Western-style accommodation facility that opened in the 1880s. In 1918, a Chinese owner bought the building and reopened it as a restaurant.

The original building was demolished in 1978. It was later reconstructed as an exhibition hall, exhibiting two of Daebul hotel’s guest rooms in detail and a large banquet hall. Music from the era plays in the background, taking visitors back in time. The video projection that depicts the four different seasons at Daebul Hotel is worth watching.

There are five museums in and around the open port area and Chinatown, all within walking distance. Daebul Hotel is part of the exhibition of the Jung-gu Life History Museum. With a 3,400 won ticket, visitors can visit all five museums. Tickets can be purchased at vending machines at any of the five locations, and children are admitted free of charge. All museums are closed on Mondays.

The Incheon Open Port Museum located next door from Daebul Hotel was used as Japanese First Bank’s Incheon Branch starting in 1897. For a while the bank served as the only financial institution in Incheon. The bank mainly dealt with maritime customs duty and played a strategic role in Japan’s economic invasion of Korea.

Featuring an arched gate and a small dome on the rooftop, the late-Renaissance style building was designed by a Japanese architect. The exhibition halls are divided into four sections, with an open auditorium in the center that presents how the Incheon Port came to being. Artifacts and architecture from the opening of the port in 1882 until 1910, when Japan’s colonial rule commenced, are shown in chronological order.

Stepping outside after the visit, you will be able to fully blend into the exhibition experience once more, with restaurants, photo ateliers and cafes themed after the same time period.

Jemulpo Club
Last but not least is the Jemulpo Club, a community established in 1891 by American, British, German, French and Dutch nationals living in Incheon. Housed initially in a wooden building, the club moved to the current two-story brick building built in 1901.

Designed by a Russian architect, it was equipped with a hall for social gatherings, a billiards room, a library and an outdoor tennis court. During the Japanese occupation, the building was used by Japanese government-related organizations until Korea’s liberation in 1945. The building was then used by an American soldiers’ club, and eventually acquired by the city in 1953.

Scenes from hit Korean TV drama “Guardian: The Lonely and Great God,” starring Gong Yoo, was filmed at the entrance of Jemulpo Club. As with all the other locations on this walking course, it makes visitors feel as if they have been transported back in time to a day in fall in the late 19th century, walking around freely to enjoy the details that make the surroundings unique, yet familiar.